Her Country: How the Women of Country Music Became the... 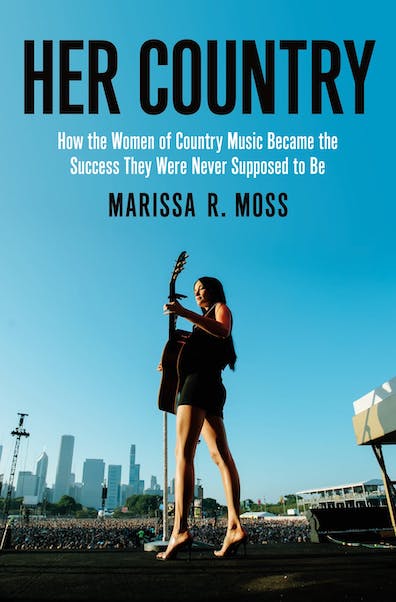 Her Country: How the Women of Country Music Became the Success They Were Never Supposed to Be

Published by Henry Holt and Company

In Her Country, journalist Marissa R. Moss takes on the country music establishment, calling into question industry practices that have delegitimized and subjugated women artists, and especially those of color. She does so in a narrative that centers around the histories of three genre-changing artists who are in the process of shaking up the Nashville establishment—Kacey Musgraves, Maren Morris, and Mickey Guyton.

As such, Her Country reads like both a biography (or three) and a historical indictment of where mainstream country music found itself in the 2000s with the rise of “bro country” and the male-dominated pop that became synonymous with the genre. Moss details a country music that was rife with female hit makers, whose songs defined what country music represented throughout its history and even the 1990s, when artists like Shania Twain, The Dixie Chicks (now simply The Chicks), and Martina McBride dominated airwaves. But a shift took place. Women became antithetic to what was redefined as “country,” as both the image and sound of the genre’s music turned to pap.

Moss’ testament here details the uprising, genre expanding return to what made country music spectacular, in the stories of Musgraves, Morris, and Guyton. How, despite having to fight an unforgivably uphill battle against the Nashville forces that be, these three artists are coming to define what one hopes is a shift toward the better. This story is not ended by any means; much of the male-dominated establishment view still remains. But Moss’ story and the testament of these three artists prove that there is a soul in country music, an undeniable, artistic, boundary-pushing soul that, if there is any justice whatsoever will propel these three and countless others through the glass ceiling to heights unrivaled.