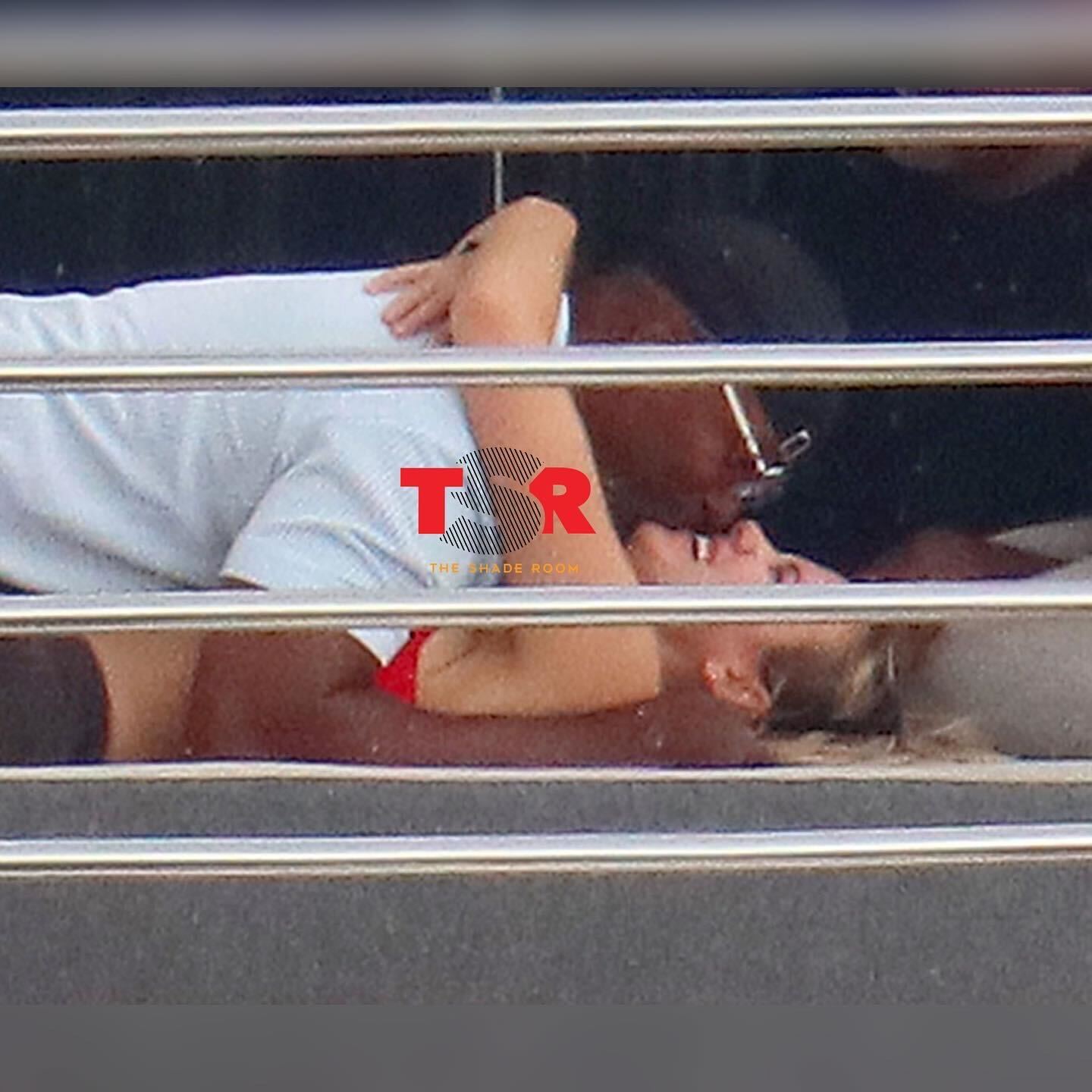 Jamie Foxx was seemingly making his own movie in Cannes, starring the actor getting hot and steamy with a petite blonde woman. Photos of 54-year-old Jamie and his girl pal, who wore a red bikini and gray shorts for the occasion, surfaced online yesterday. The actor appears to be in Cannes, France, for the 75th annual Cannes Film Festival and found some time to kiss it up in between events with a date.

Jamies Foxx And Date Get Frisky In Cannes

The lusty pair were boating in the French Riviera when the paparazzi snapped photos of Jamie and his date enjoying each other’s company. Jamie, wearing a white t-shirt and shorts, was on the yacht laying the affection on thick too! The actor positioned himself on top of his date while planting kisses on her as she smiled.

The fun in the sun wasn’t limited to their day yacht. The pair also got in some intimate time on a jet ski as Jamie took control and his date embraced him tightly from behind in photos. Her hands were locked together across Jamie’s abdomen as he powered the jet ski.

This isn’t the first time fans have seen Jamie kissing a mystery woman in exotic waters. Just last summer, fans spotted Jamie Foxx in Florida getting very cozy with a mystery blonde. The two were super close having some fun in the water. A bartender captured the moment on video, which went viral with folks commenting to figure out the bikini-clad lady’s identity. She still remains a mystery.