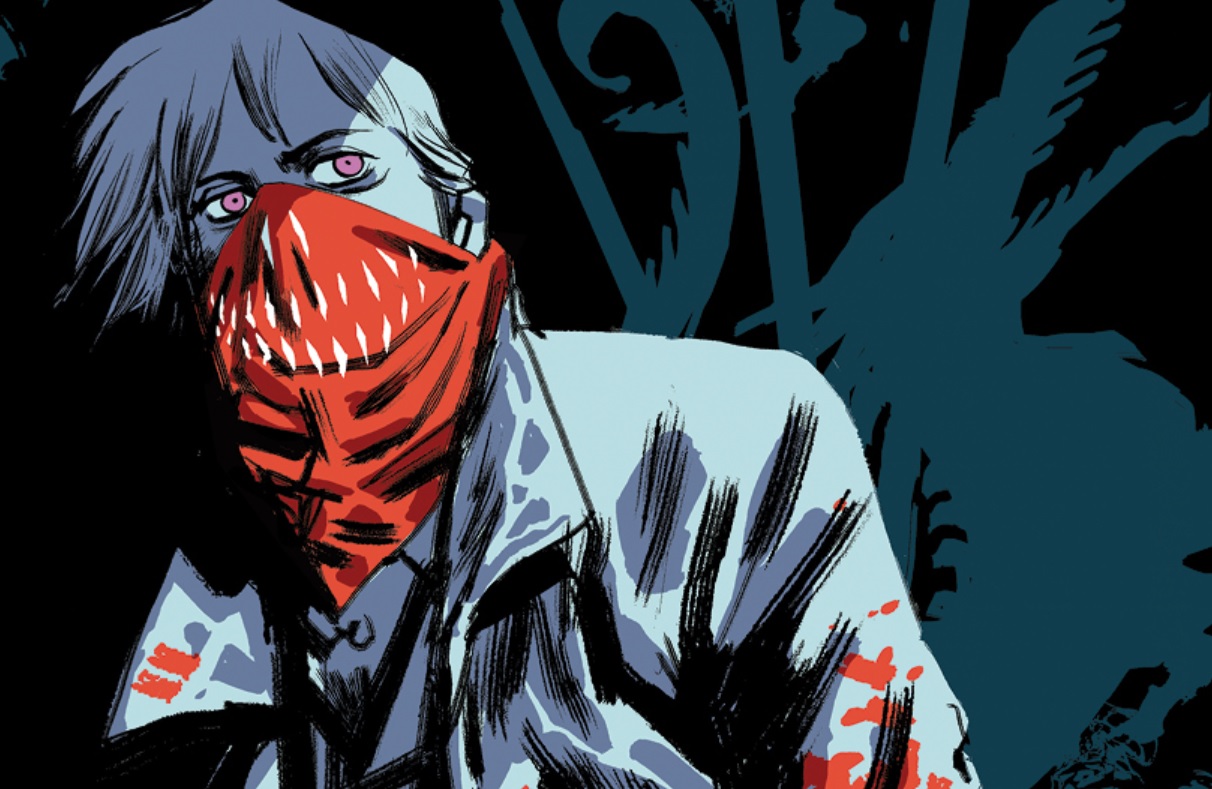 Last October, BOOM Studios debuted House of Slaughter, a spinoff series of the smash-hit and critically acclaimed horror series Something is Killing the Children, from writers James Tynion IV & Tate Brombal and artists Werther Dell’Edera & Chris Shehan. Today the publisher revealed details and a first look for next month’s House of Slaughter #6 which will also see the debut of a brand new monster hunter but new collaborators Sam Johns and Letizia Cadonici for the book as well.

Tynion IV will be joined by Johns in co-writing the series, with Cadocini teaming with co-creator Werther Dell’Edera for a new original story that introduces the mysterious Scarlet Masks. This isn’t the first time Tynion IV and Johns have collaborated, having previously co-written the Punchline one-shot and backup stories in The Joker ongoing series for DC Comics.

Here’s how the publisher describes the new story:

Edwin Slaughter is a Scarlet Mask, one of the secret record keepers of the Order of St. George. He’s enamored with stories of ancient hunters, as well as those in his midst, but he only gets to write the stories and never live them himself. That is, until what starts out as standard reconnaissance for the Order turns Edwin’s world upside down—a legendary monster is discovered, one long thought extinct! It’s taken the lives of countless children, bringing Edwin into the field and into real danger for the very first time.

House of Slaughter #6 will feature a main cover by Rafael Albuquerque and co-creator Dell’Edera, as well as variant covers by artists Kyle Hotz, Jorge Corona, and Andrea Sorrentino.

Check out preview art below and look for House of Slaughter #6 to arrive in comic stores on Wednesday May 18, 2022.