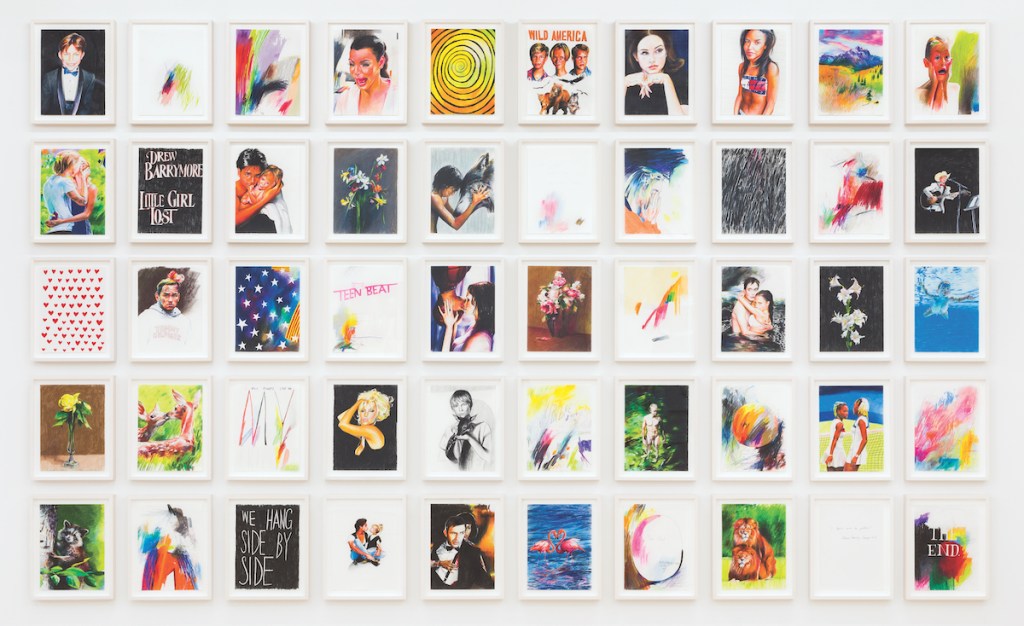 Contempt and outright misanthropy are unusual poses for a successful art critic and essayist. Sure, there are the grumpy types, the great moralizers, the defenders of Culture’s fortress, the scolds. But someone who makes no bones about hating most people and things? It would seem to get old quickly. That is, unless contempt were elevated into its own art form—a whole field of expressive possibility with identifiable sub-moods, subtleties, and techniques, such that contempt was not really contempt after all, but something closer to seriousness or love.

I’m not sure if Gary Indiana has reached this point. But he seems to be close. It’s hard to think of another living critic who has hated and loathed so much, and with so much swagger, for so long. Indiana has been at it for decades, and if contemporary literary and art criticism in America is often dismissed for its tendency toward meekness and puffery, then one solution might be for more critics to read Indiana. When he’s revved up, his prose is a machine for annihilating clichés. It’s dark, sensual, and grotesque. He likes words like “oozing,” “membrane,” “greasy,” “sybaritic,” “gruesome,” and “rebarbative.” You might even call him a voice for our so-called “age of anger,” ready to unveil anything that’s festering in the American psyche.

There’s been a recent “Indiana renaissance,” as critic Tobi Haslett put it in the Paris Review last year. Since 2015, Semiotext(e) has reissued Indiana’s trilogy of crime novels, originally released between 1997 and 2003, and published a collection of his plays, short fiction, and poems, as well as a compilation of his columns for the Village Voice, where he was a senior art critic between 1985 and 1988. Another two novels, Horse Crazy (1989) and Gone Tomorrow (1993), were recently reissued by the publisher Seven Stories, which is now bringing out a new collection of Indiana’s work, Fire Season: Selected Essays 1984–2021, with an introduction by critic Christian Lorentzen.

The book is a salmagundi-style gathering of thirty-nine pieces—political reportage, quick reviews, rangy travel stories, art and film and literary criticism—culled from almost three decades of Indiana’s nonfiction. The collection lurches around in time: a report on the 1992 presidential election is sandwiched between an essay about the Tsarnaev brothers, who carried out the Boston Marathon bombing in 2013, and a piece about seventeenth-century witch trials and the Steilneset Memorial in Vardø, Norway. There are also essays on Barbara Kruger, Pier Paolo Pasolini, Soviet cooking, and Anthony Weiner’s “dong.” The last of these, inexplicably, begins in a Bulgarian car park, pivots to a phone call in Bucharest with a Chase Bank representative, and dedicates its third and final act to the former congressman’s penis.

If there is one thing that Indiana hates more than anything else, it is probably America: a uniquely powerful and filthy corporate hellscape that has excelled, he says, at genocide, exploitation, and limitless surveillance, and keeps much of its population in a near-constant state of anxiety through policing and prisons. It also produces a glut of terrible culture. The guilty parties here are not just the power brokers but the citizens themselves. (“Power,” Indiana writes, “requires the acquiescence and complicity of multitudes.”) This makes it easier to understand why he typically sees Americans as cow-eyed sacks of flesh that have become little more than extraction sites for labor, data, and capital. On a single page of the book, one man is described as having “the jowly potato face and put upon, porcine expression of a slow-witted high school bully,” another wears “a bad haircut settled above the cringing mug of a malefic toad,” and another “suggests what the mating of Don Rickles and Mussolini might look like.”

These descriptions are from a tour de force piece of courtroom reporting written about the Rodney King trials, and Indiana reserves his most cutting words for the defense team and its clients (the police officers responsible for King’s beating). In another essay, about Branson, Missouri—a midwestern town whose streets are lined with souvenir shops, family restaurants, gaudy attractions, and gun-toting tourists—he describes the town as a “metastasis,” suffering from “architectural melanoma” and “huge gouts of forest,” filled with people who seem robotic and amphetamine-fueled but are actually just racist and homophobic Christians who also happen to be anti-Semitic. For Indiana, these are not “real people.”

Having read his work before, I was surprised how much it reminded me this time of John Jeremiah Sullivan, the Southern essayist and short-story writer. Like Indiana, Sullivan has written essays about Christian happenings and Disney-themed attractions in recent decades, and stylishly chronicled the weirdness of American culture. That’s pretty much where the similarities end. Indiana is a seventy-something grandee of the legendary New York “downtown” scene; a queer playwright, actor, novelist, and leftist gadfly, who is unregenerately Francophilic, Slavophilic, and high-culture-philic, and doesn’t seem to have any fondness for his small-town roots. Sullivan, on the other hand, has a folksy and salt-of-the-earth braininess (or presents that way), and is pretty allergic to East Coast snobbery.

The comparison is instructive because both are well-read and gifted writers, who fashion a very funny sort of manic prose; yet when it comes to the way they write about their country, they couldn’t be more different. For Sullivan, a report on a Christian rock festival becomes a transformative exercise in immersion and empathy. For Indiana, a report on Branson is a withering portrait of obese and bigoted Middle Americans who come to town “with the love of Jesus and the Right to Life and a hatred of gun control throbbing in their plaque-encrusted arteries.” It’s not an even-handed piece of reportage but rather, like much of Indiana’s work, a polemic against idiocy. The idea that the point of writing is to tell the stories of other lives, or to be subtly persuasive, is not his game.

The anti-idiocy campaign reaches a sort of peak in what might be one of the most brutal takedowns in a major American magazine from the past decade. (If anyone was under the impression that Indiana’s tone was a kind of youthful insouciance, something to be grown out of, they would be mistaken.) In a 2020 Harper’s review, republished in Fire Season, Indiana calls Blake Gopnik’s biography of Andy Warhol an “elephantine, ill-written, nearly insensible” book that amounts to “an incredibly prolonged, masturbatory trance of graphomania,” filled with “a dense lard of fatuous pedantry and vapid generalizations,” written in “squirmy, sophomoric prose that deadens everything it touches.” If another writer used the phrase “deadens everything it touches” about anyone’s prose, the editor would likely: a) think the critic was being an asshole, and b) delete it from the piece. In Indiana’s hands, the insult feels earned, and arrives like a ceremonial and natural beheading. He starts the essay with a lively portrait of Warhol, then surveys the existing literature, and it is only when we get to paragraph fourteen that he tears into Gopnik. By this point you’ve been so thoroughly lulled into the essay’s rhythm that you’re already aligned with Indiana and ready to start throwing vegetables. It’s easy to criticize and censure—to rant, gripe, take down—but much harder to make a reader feel that what you’re doing amounts to a kind of justice.

In an interview, writer William Gass once said, “I write because I hate.” With Indiana, it’s hard to tell if he writes because he hates or in spite of it. Signs of personal suffering and pain flash up a few times in Fire Season—meltdowns and depressions alluded to—but Indiana never tells us what happened. The pain just sits there under the essays like an undetonated bomb. (He has written about himself in memoir and autobiographically inflected fiction but usually in elliptical and slanted ways. “The conventional memoir,” he writes, “is a tidy bundle of lies, crafted to market a particularized self in a world of commodities. . . . Behind its costume of authenticity lies the mercantile understanding that a manufactured self is another dead object of consumption.”)

But one wonders how much of this bitterness grows out of the deep wounds he’s mentioned in passing, or whether what spurs him on, in the case of the Warhol essay, for instance, is a fierce love of the art—an uncompromising devotion. You can see it in his essays on Renata Adler, Barbara Kruger, Louise Bourgeois, and Sam McKinniss, among others. Adler is a “cartographer of surface disturbances”; Bourgeois’s observations “cut through the grease of small talk.” It’s the same unchained style—scholarly, degenerate, and politically alive—but turned on an object of affection. Finally, there is something worth admiring.