A U.K. Heritage Group Will Sue British Museum Over Access... 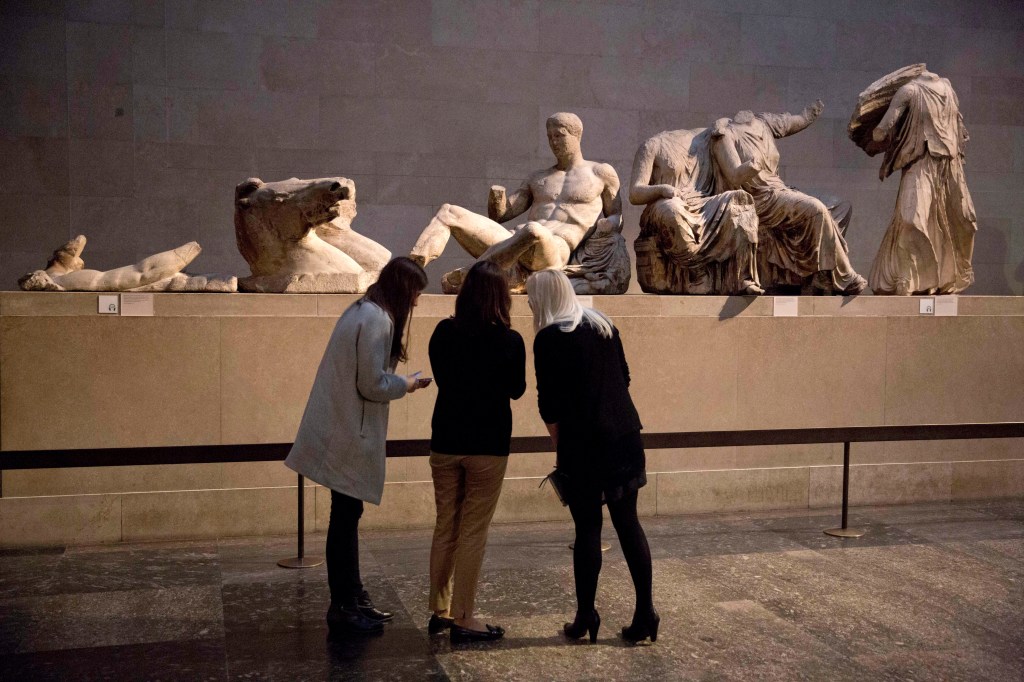 The Oxford-based Institute for Digital Archaeology (IDA) plans to take the British Museum to court over its refusal to allow a 3D scanning of a piece of the famous Parthenon Marbles,

The heritage preservation organization told The Guardian Tuesday that it would be filing a complaint by the end of the week to obtain access to the famously disputed sculptures.

“We want them to treat our application in exactly the same fashion that they would treat similar requests. Their refusal has been capricious and arbitrary,” Roger Michel, the IDA’s executive director, said in a statement.

The Parthenon Marbles are a collection of Classical Greek marble sculptures that originally formed part of the Parthenon and other structures on the Acropolis in Athens. They have long been at the center of a dispute between the United Kingdom and Greece, which has called for their repatriation.

The institute, which has supported Greece’s calls for repatriation, planned to reproduce one of the relief metopes from the Acropolis temple’s south facade as as “proof of concept.” In 2016, IDA used 3D printing to reconstruct the two-millennia-old arch of triumph from Palmyra, Syria, destroyed by the Islamic State. The scale model of the monument created from Egyptian marble traveled to cities around the world before being taken to Palmyra to be installed in a location near the original arch.

3D imaging has become an important tool for resurrecting lost cultural treasures, and the IDA hopes it can even help settle the bitter custody battle between Greece and the U.K.. According to the IDA, a robot sculptor could use 3D scans to reproduce the Parthenon Marbles from the original stone with “sub-millimeter” accuracy. The organization hopes the high-quality copies could replace those held in the British Museum.

“The subtlety of the sculpture is simply impressive,” Michel told the Greek outlet Skai. “It’s as good as anything a human sculptor can do.”

Citing the British Museum’s own guidelines authorizing certain 3D scanning of its collection, members of the IDA entered the galleries and took images of most of the marbles. However, several pieces will need a ladder to be reached.

In a statement, the British Museum said it was “deeply concerned to hear suggestions that unauthorized scanning took place in our galleries. Any such activity would be a breach of our visitor regulations,”

It continued: “We regularly receive requests to scan the collection from a wide range of private organizations…and it is not possible to routinely accommodate all of these.”

The restitution debate surrounding the sculpted relief panels and pedimental sculptures, sometimes called the Elgin Marbles after the Scottish aristocrat who took them from the Acropolis in the early 19th century, has regained traction as Western governments investigate the circumstances in which artifacts were brought to their countries.

In a precedent-setting case, Germany returned 1,000 objects known as the Benin Bronzes determined to have been looted from Nigeria.

This stance was complicated, however, following reports that heavy rainfall in London caused water to leak into the British Museum’s Greek galleries. In a statement, the British Museum said that none of the sculptures had been damaged.

Successive Greek governments have campaigned for their return, citing that they were pulled from the monumental frieze during the Ottoman occupation of Greece, when the latter nation had no sovereignty over its cultural property. The British government maintains that they were legally acquired.