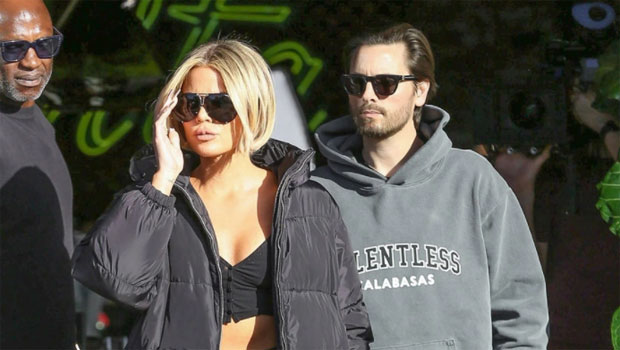 Scott Disick was one of many followers to respond to Khloe Kardashian’s new gorgeous blonde bob pics, which she took on the night she went to an Oscars party.

Scott Disick, 38, is continuing to show his support for Khloe Kardashian in a comment on her latest set of pics. The 37-year-old Keeping Up with the Kardashians star took to Instagram to share the new snapshots, which debuted her brand new Scarface-inspired blonde bob, on March 28, and her sister Kourtney Kardashian‘s ex didn’t hesitate to respond with kind words. “Say hello to my little friend,” he wrote with a heart emoji.

It’s not exactly clear if Scott was referring to Khloe herself or her adorable three-year-old daughter True Thompson, in the comment, but it definitely showed his bond with the reality beauty. The two are known for having a close and supportive friendship and often share public messages to each other on social media.

Khloe’s new pics were taken on the night she attended JAY-Z‘s Oscars party with Kim Kardashian. In addition to her awesome new hairstyle, she showed off a nearly sheer white sleeveless mini dress that accentuated her incredible figure.

Before Khloe posted her party pics and Scott commented, he shared another response that showed off his support on one of her posts in Feb. “Looking 2 fine ,” he wrote when she shared a pic of her posing in a brown SKIMS outfit.

The loving pal also sends gifts to Khloe whenever he can. One of the most recent gifts that went public happened after the father of her daughter, Tristan Thompson, was involved in a paternity scandal and ended up being the father of someone’s baby, which he conceived while still in a relationship with her. Scott sent a bouquet of pink roses to Khloe and she expressed her gratitude while sharing a pic of the flowers along with a thank you message.

“I love you @letthelordbewithyou,” she wrote on Instagram alongside the sweet photo. “Thank you.”

It’s not all one-sided, though. Khloe has also been the first one to make a supportive move in the past as well, like when she promoted Scott’s TALENTLESS line. A source at the time, told us that he was “honored” with the move. “Scott loves Khloe like a sister and was honored that Khloe promoted his TALENTLESS line,” the source EXCLUSIVELY told HollywoodLife.