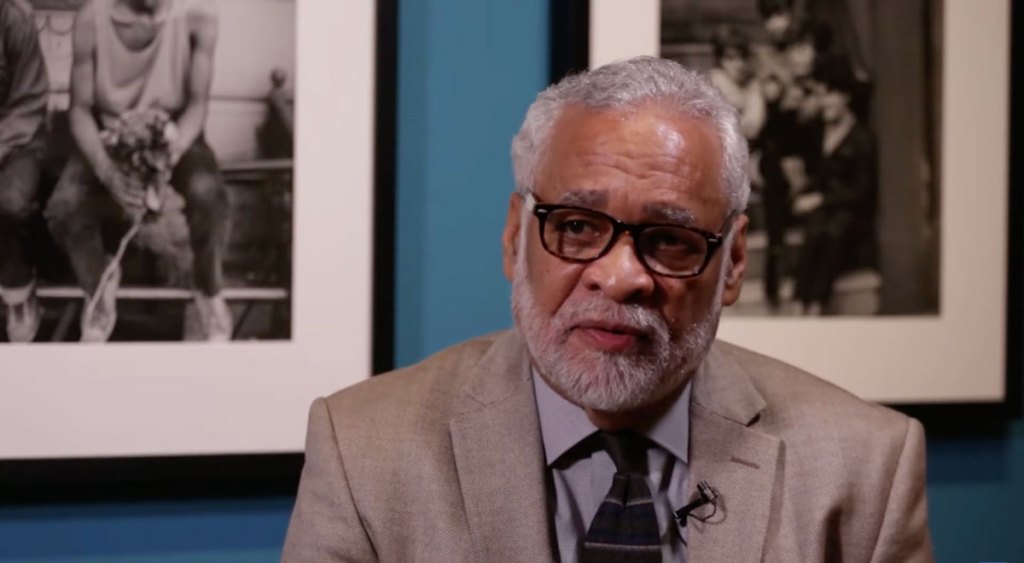 Hiram Maristany, the official photographer for the Young Lords, a storied Puerto Rican activist group that was active in the United States in the 1960s and ’70s, has died at 76. The news was confirmed by El Museo del Barrio, where Maristany once served as director. A cause of death was not given.

“As a photographer Maristany’s work transcended the purely documentary, and testified to the beauty in our communities,” El Museo said in a statement. “Today, and always, we are grateful for his friendship, and loyalty, and continue to be inspired by his commitment to uplifting Puerto Rican and Latinx communities. Rest in power.”

Maristany turned his lens on the Nuyoricans living in New York’s East Harlem neighborhood, often called El Barrio by its residents. “It’s no accident that a lot of the images are of 111th Street. That’s the street that I was born and raised on,” the artist said in a video interview with the Smithsonian American Art Museum in 2018.

Maristany wanted to document the political activism of the time, the lived experiences of Nuyoricans, and the moments of happiness they had in the face of the racism, discrimination, and poverty that many experienced. It was all an attempt to counter the negative images of Puerto Ricans that have long circulated in the mainstream media.

“I’ve been documenting my community for many decades,” Maristany said in a recent roundtable conducted for the catalogue for the current edition of MoMA PS1’s Greater New York quinquennial, which includes his work. “One of the things that I had to deal with as a young man was that all the images depicting Puerto Ricans were negative. We were either committing a crime or a crime was being perpetrated against us. We were always in handcuffs. Our sisters were depicted as teenage mothers—without any morals or ethics. I was very distressed and angry about it. I wanted to try and do something about it. Being naive, I felt that I could address all those negative issues.”

Maristany joined the Young Lords in 1968, when the group was formed. Modeled after the Black Panthers Party for Self-Defense, the group sought self-determination for Puerto Ricans, both on the island and in the mainland United States. “I emphasize the word self-defense. They formed because they felt they had to defend their communities. They didn’t come from a perspective of political analysis; they came from a practical reality,” Maristany said in the Greater New York conversation.

One of the most important actions that Maristany documented was a 1969 protest known as the Garbage Offensive. At the time, garbage collection in El Barrio was systematically neglected by the city’s Sanitation Department, with refuse staying on sidewalks in the neighborhood for weeks at a time. After residents swept the streets to better gather the trash, the garbage was still not be collected. The Young Lords decided that a more drastic action needed to be taken to underscore the severity of the crisis that the community was facing. One summer day, they took all the trash and dumped it in major intersection of 111th Street and Third Avenue—and then set it on fire.

“Hiram’s images are a powerful archive of a community that, when photographed by Hiriam in the 1960s and 1970s, was at the peak of its photographic racialization and marginalization,” scholar Arlene Dávila wrote in an email. “He provided a corrective visual response representing El Barrio from the perspective of its residents: filled with love, pride, and informed by the ethos of struggle and resilience that enveloped social movements of the times.”

Other major historical moments that Maristany captured included the group’s occupation of the First Spanish United Methodist Church in East Harlem, which they renamed “The People’s Church” and used as their headquarters and a community center. He also photographed the funeral of fellow Young Lords member Julio Roldan, who died in police custody in 1970. “Hiram Maristany’s photographs document the crucial history of East Harlem as a political and cultural paradigm of New York City,” said Rocío Aranda-Alvarado, who curated the exhibition “¡PRESENTE! The Young Lords in New York” at El Museo del Barrio in 2015, which included his work.

Maristany was just as concerned with capturing these protests as he was with shooting everyday life. He took images of young women sitting on a stoop, people roasting a lechón in an alley, children playing in the streets, the beauty in a streetscape at night, and much more. One of Maristany’s most iconic images, Kite Flying on Rooftop (1964), shows a young boy flying a kite on the roof of a building in El Barrio. That location was significant for the artist, since it offered a reprieve from the “tough reality” of growing up in East Harlem, as Maristany once said. He added, “We young men were always finding a way to play. One of the safe places that we had as a haven was rooftops. Rooftops gave us a different perspective that we were not victims.”

As with many artist of color of his generation, wider recognition for Maristany came later in life. His inclusion in Greater New York, which opened last October, marks the first time his work was curated into a major group exhibition at a mainstream New York institution.

Dávila argued that Maristany intentionally kept his images out of museums like MoMA PS1 for so long. “Hiram knew that images are political, and he was very intentional in the circulation and representation of his images—careful about whom he talked to, to the point of keeping a lot of his record ‘sequestered’ for years because he did not trust the ability of museums and curators to treat his work and subjects with respect,” she said. “‘Dignidad over fame’ was his motto, and I am just thankful that he lived to see his work and subjects treated with respect and dignidad.”

In addition to 2015’s “¡PRESENTE!” at El Museo, Maristany’s work was featured in the 2018 show “Down These Mean Streets: Community and Place in Urban Photography,” which was organized by E. Carmen Ramos for SAAM and which later traveled to El Museo. In the lead-up to the latter exhibition, SAAM acquired 12 works by the artist in 2016. El Museo acquired a suite of five images by him in 2019.

That same year, artist Miguel Luciano, a friend and mentee of Maristany, organized a public art exhibition in El Barrio as part of his residency at the Metropolitan Museum of Art. Held in partnership with El Museo, the residency was titled “Mapping Resistance: The Young Lords in El Barrio.” For that show, Maristany’s images were blown up and installed on the streets where they were originally shot, and Luciano organized walking tours that summer to celebrate the neighborhood’s activist history and to prevent against its erasure and displacement.

In an email, Ruba Katrib, a co-curator of the current Greater New York exhibition, said that Maristany “was always giving back to his community in East Harlem through his work as a Young Lord and as a mentor to young people, and also as a photographer who understood the importance of self-representation and the radical power of images to bring about greater understanding and even change.”

Born in 1945 in East Harlem to parents who had migrated from Puerto Rico to New York, Maristany was a lifelong resident of El Barrio. In addition to his work with the Young Lords, Maristany was also part of the community that helped fellow artist Raphael Montañez Ortiz found El Museo del Barrio in 1969. Maristany helped formulate the institution’s visual language in its early years, providing his photographs for the museum’s bilingual publication Quimbamba. He later served as the institution’s director from 1974 to 1977. As director, he worked to mount multiracial exhibitions of artists as a way of coalition-building.

Maristany had no formal training in photography when he took up the medium as a way to offer other images of Puerto Ricans than the ones he was seeing, and he once described his process of creating these images as “trial and error.”

But more than anything, his images were a way of making sure that the history of his community was being captured and told by someone from that community. As he said in the SAAM interview: “There are people that I know that when they come here and they see this, they will feel included in the history of America. That’s something that so many people take for granted. Truly, my work is a reflection of a love affair that I’ve had with my community. One day hopefully I will give some inspiration to some young people or an evolving artist to know their community, to preserve their community, and not allow someone else to do it for them. We have to take responsibility and title to our own history.”