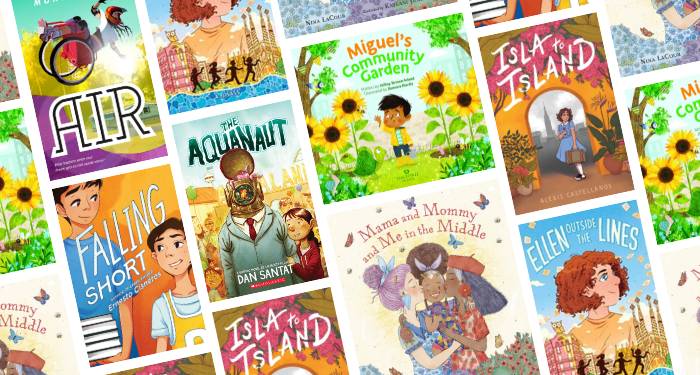 I had the hardest time narrowing down March children’s book releases to these 12 books, more than any other month. March and October tend to be the biggest release months of the year, and there were so many excellent children’s books to choose from! Alas, I cannot review and read them all, though I do my best.

My picks for March picture book releases range from the fantastical to the empowering to the sad and the sweet. For March’s middle grade releases, I chose two graphic novels, two books with excellent disability representation, a fantasy novel, and a basketball book that I actually enjoyed. While it was difficult to narrow down my choices, I can genuinely say I love all the books on this list!

In recent children’s book news, Andrea Wang and Jason Chin’s stunning picture book Watercress won the Caldecott Award and a Newbery Honor. It was my pick for Book Riot’s best children’s book of 2021. I have correctly guessed the winning Caldecott Award book for the last two years, so I’m on a short roll. We’ll see if I manage to guess next year’s winner correctly! In bad news, a recent study showed a 23% decrease in the number of children’s bestsellers that contained a Black main character in 2021. This is not good. I encourage readers to buy and support Black children’s book authors.

Without further ado, here are my 12 picks for must-read March children’s book releases!

The Kids Are All Right Newsletter

Sign up to The Kids Are All Right to receive news and recommendations from the world of kid lit and middle grade books. 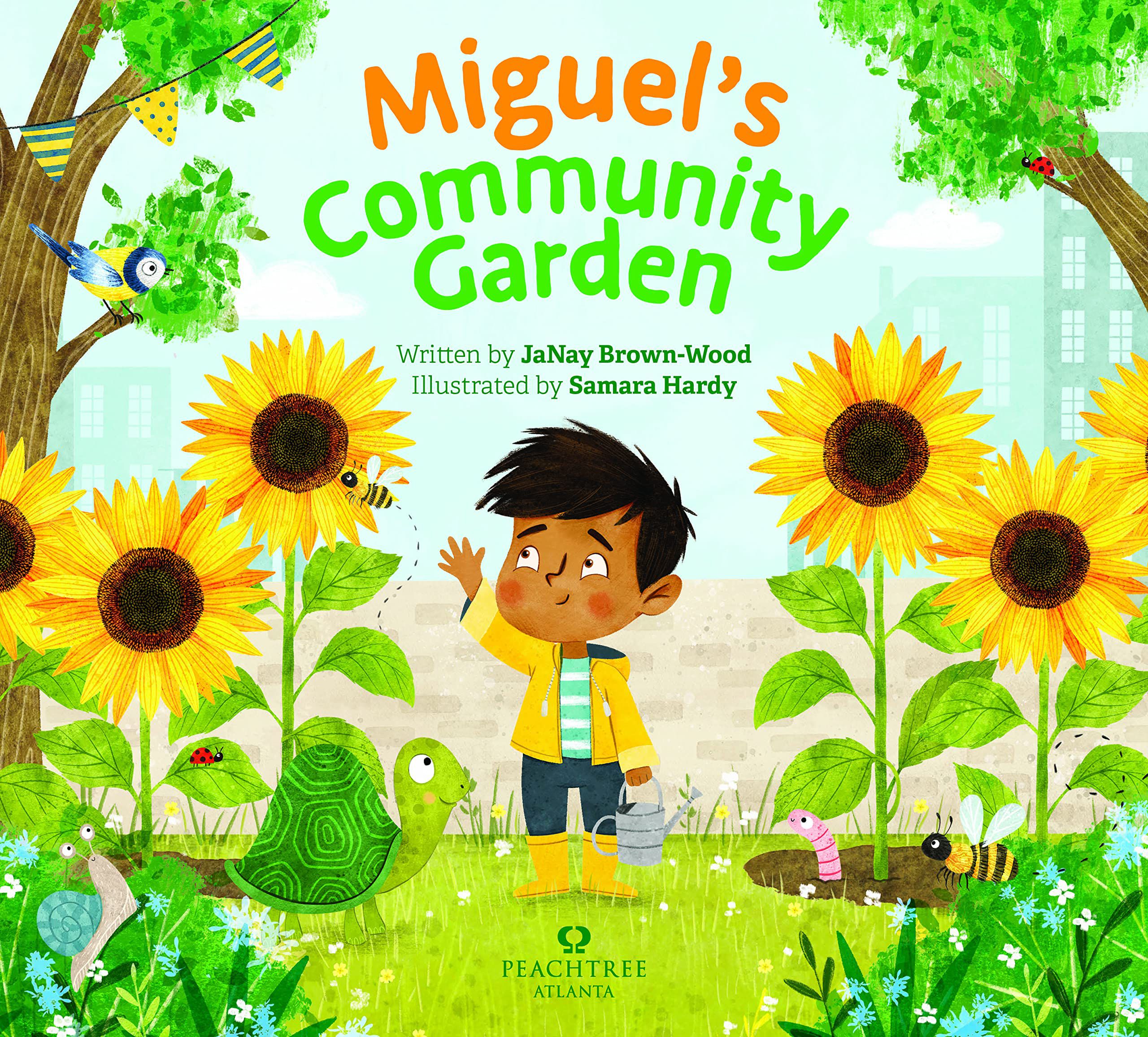 This charming picture book is the second in JaNay Brown-Wood’s Where in the Garden? series, which features diverse children comparing and contrasting things that grow in a garden. I adored the first book in the series, Amara’s Farm (I took a really adorable picture of my daughter holding it), and I’m happy to say Miguel’s Community Garden is equally adorable! Miguel is throwing a party at the local community garden, but he needs to find sunflowers for the celebration. Maybe the reader can help Miguel compare and contrast things from the garden to help identify the sunflowers! This series is perfect for toddlers and preschoolers to help learn early contrasting skills and to celebrate garden magic. 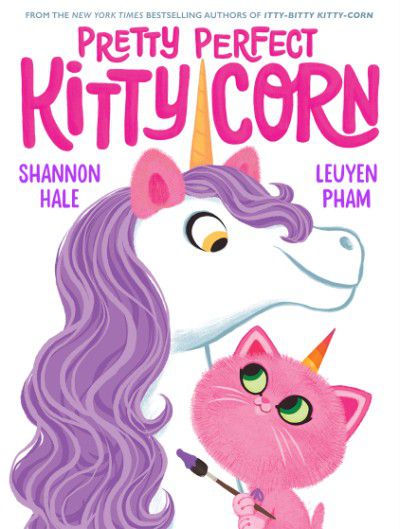 Itty-Bitty Kitty-Corn was one of my daughter’s most-read books of last year, and this follow-up picture book is sure to be just as big a hit. In the first book, Kitty and Unicorn bond over their shared desire to be their respective species and become BFFs. In this second book, Unicorn struggles over the perceived notion that unicorns should be perfect, and when he makes a silly mistake, he worries Kitty won’t like him anymore. But of course Kitty loves her best friend no matter what. This is a super sweet friendship book that’s also a fantastic read-aloud. 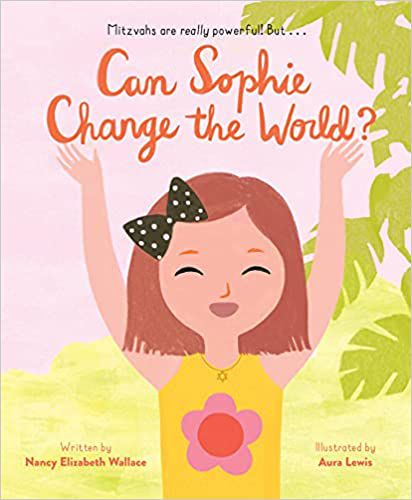 Sophie’s grandfather asks for a mitzvah for his birthday — an act of kindness. He says good deeds change the world. But how can Sophie change the world? Every day of the week leading up to her grandfather’s birthday, Sophie does something kind, from being a good friend to returning a child’s stuffed animal to playing with her sister while her mom worked. However, she doesn’t feel like those things are enough to change the world. When she visits her grandfather on his birthday, he assures her that each act of kindness, no matter small, is transformative. After she helps him in the garden, they make a craft celebrating Sophie’s kindnesses. I love how this sweet picture book empowers children to take action and how it celebrates Jewish ethics. 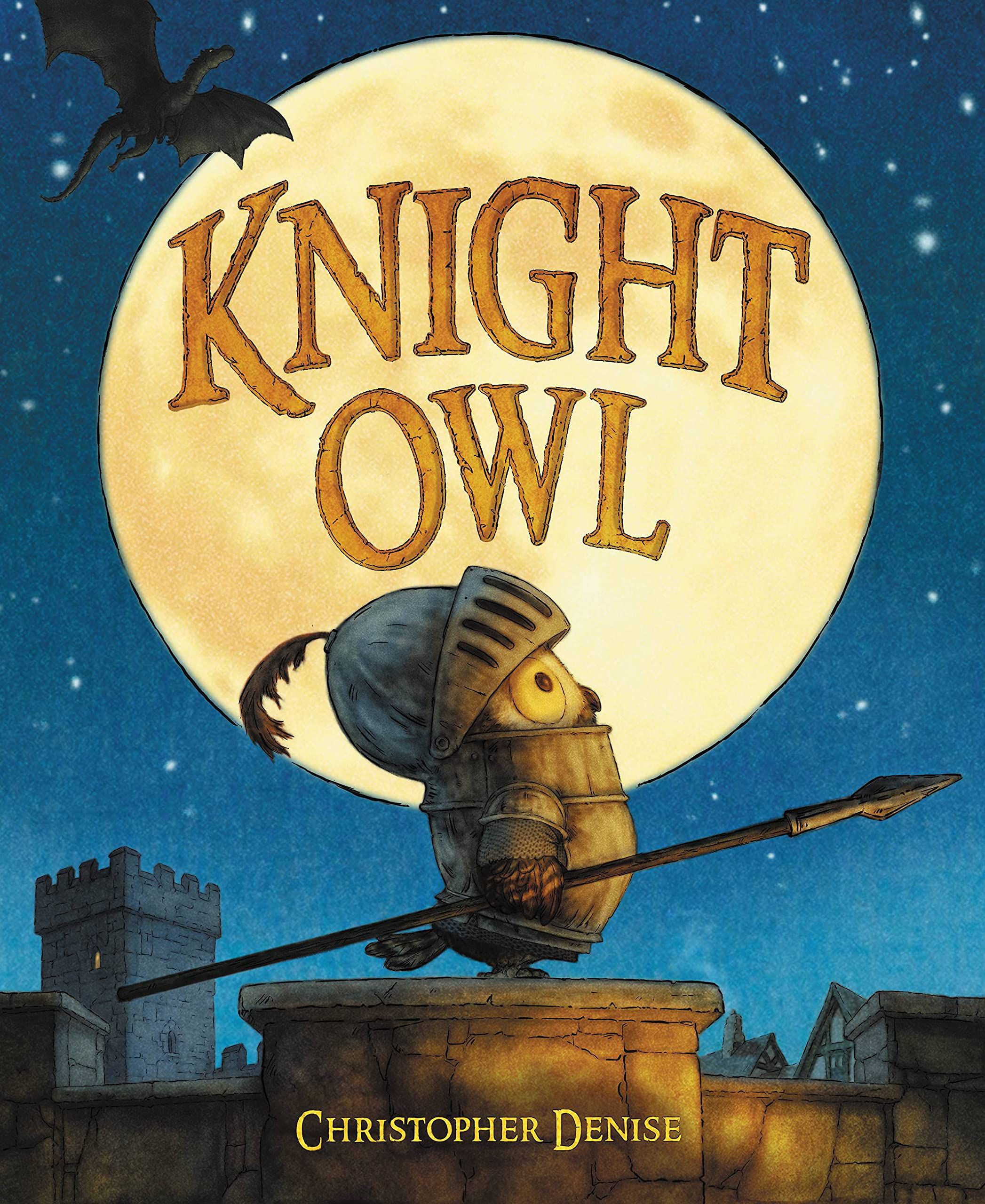 The owl in this picture book is so adorable it literally makes my eyes well up. I’m not sure a book can be any cuter. Owl has always dreamed of becoming a knight in shining armor, so, despite his small size, he signs up for knight training and graduates with honors. When a dragon disrupts his Knight Night Watch, Owl faces his fiercest enemy yet. Can a little Owl win a duel with a dragon? 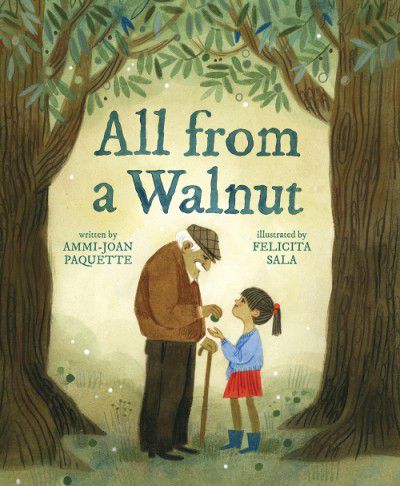 All from a Walnut by Ammi-Joan Paquette & Felicita Sala (March 22; Abrams Books for Young Readers)

I cried for an entirely different reason when I read this sweet, intergenerational picture book the first time (okay, I cried the second time I read it, too). One morning Emilia finds a walnut on her nightstand. She brings the walnut to her grandfather, who tells her his story of leaving his childhood home at Lake Como and journeying to America, bringing a walnut seed with him to plant when he found a new home. He did just that, and when his daughter was old enough, she received her own walnut on her nightstand and planted it beside her father’s. Now it’s time for Emilia’s tree to join her grandfather’s and mother’s walnut trees in the backyard. But her grandfather dies before Emilia’s sapling is big enough to be planted outside. However, when she plants her tree beside her grandfather’s by herself, she realizes that he will be with her always. This is such a good picture book for children who have recently lost a grandparent. 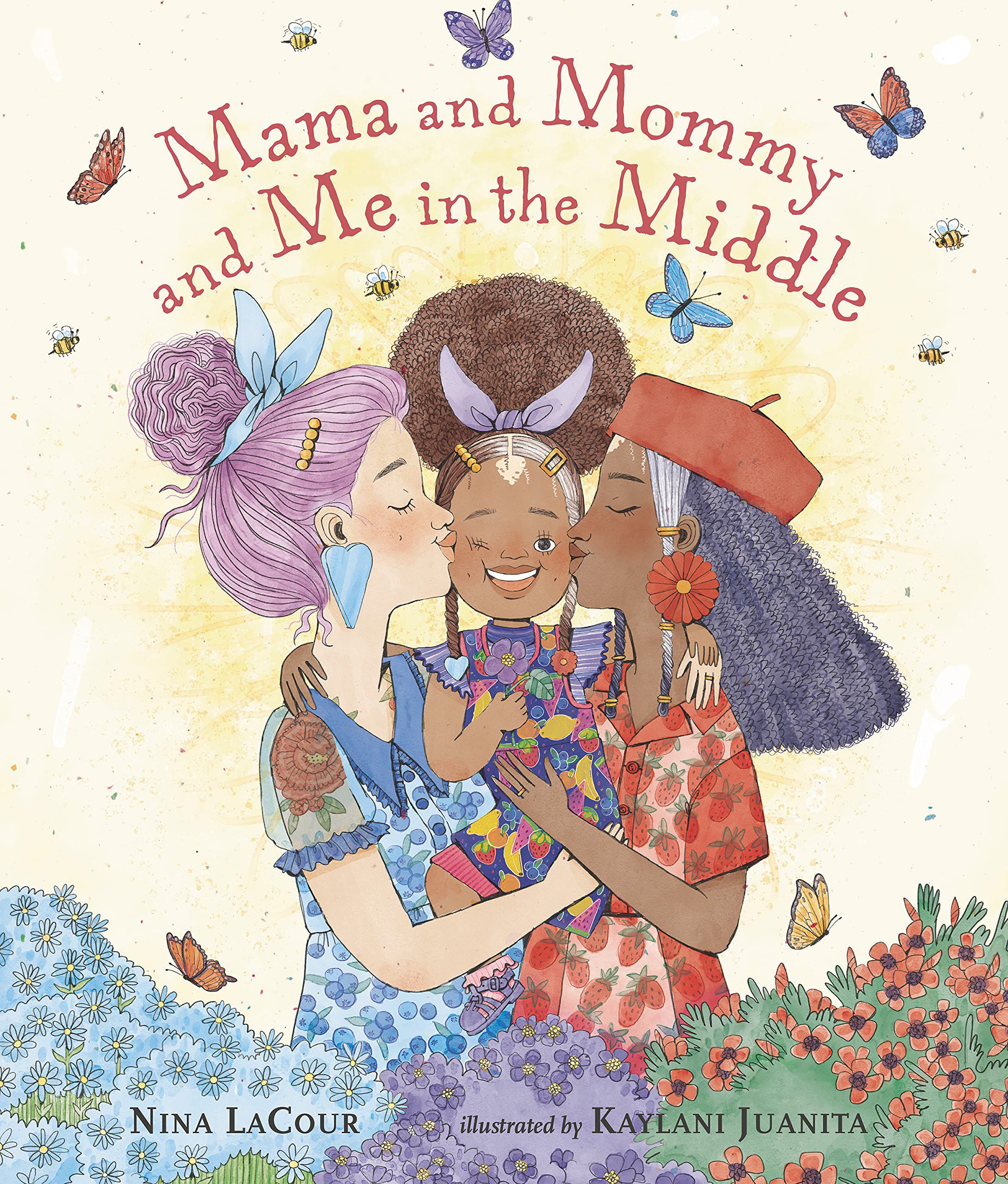 Mama and Mommy and Me in the Middle by Nina LaCour & Kaylani Juanita (March 29; Candlewick)

Award-winning YA author Nina LaCour makes her picture book debut in this beautiful, LGBTQ+ affirming picture book about a little girl who misses her mommy when she leaves on a work trip. While Mommy is gone, the little girl and her Mama go to the library, watch movies, and chat on the phone with Mommy, but it’s not the same, and she misses Mommy so much. When Mommy finally arrives home, the little girl finds her perfect spot once more, right between Mommy and Mama. Kaylani Juanita’s sweet, pastel-toned illustrations perfectly capture this cozy and lovely family. This is a perfect book for any family with a parent who travels for work. 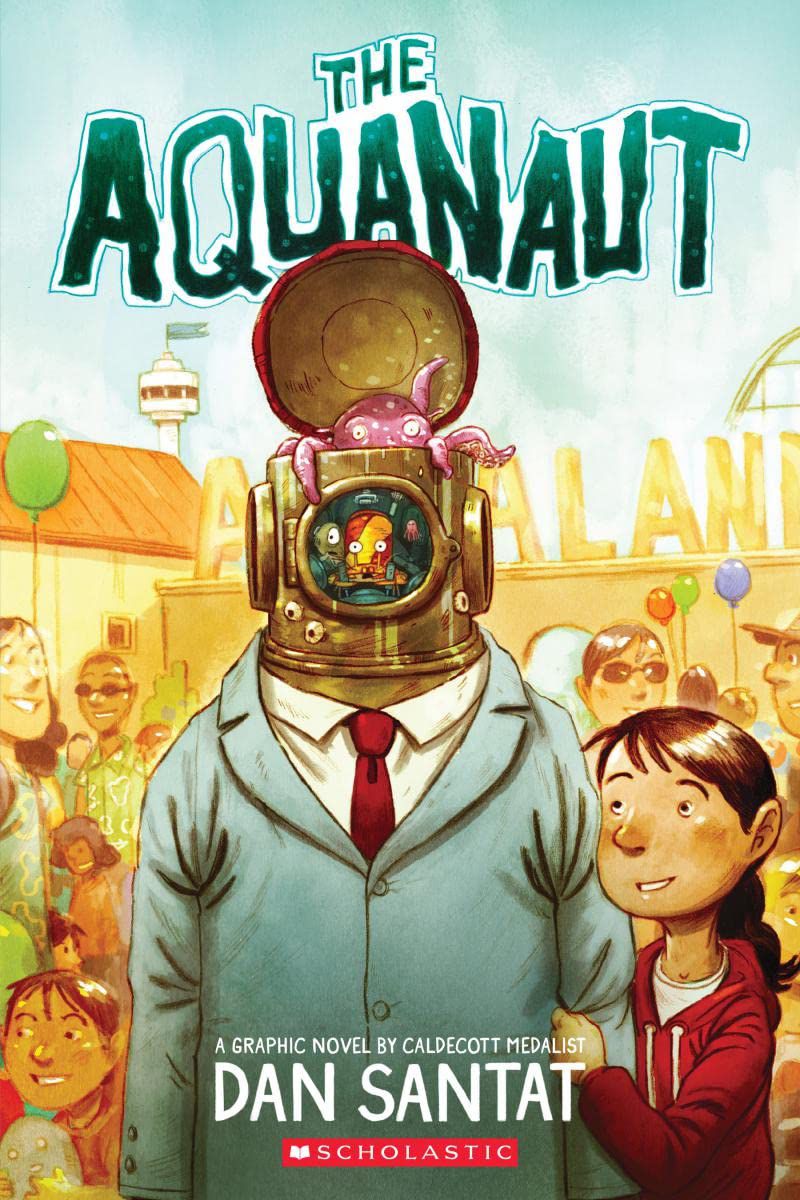 After Sophia loses her scientist father during a sea storm, she finds herself essentially living at her uncle’s theme park in San Diego, Aqualand. Thanks to a new investor, Aqualand is turning less into a place to study marine life and more into a circus show, especially when the investor insists on adding an orca whale to Aqualand’s roster. When a bunch of sea creatures inhabit an old diving suit and even manage to communicate with Sophia, they decide to rescue the orca. This middle grade graphic novel is such a feast for the eyes, unsurprisingly given Santat’s previous works, and the story is so creative. 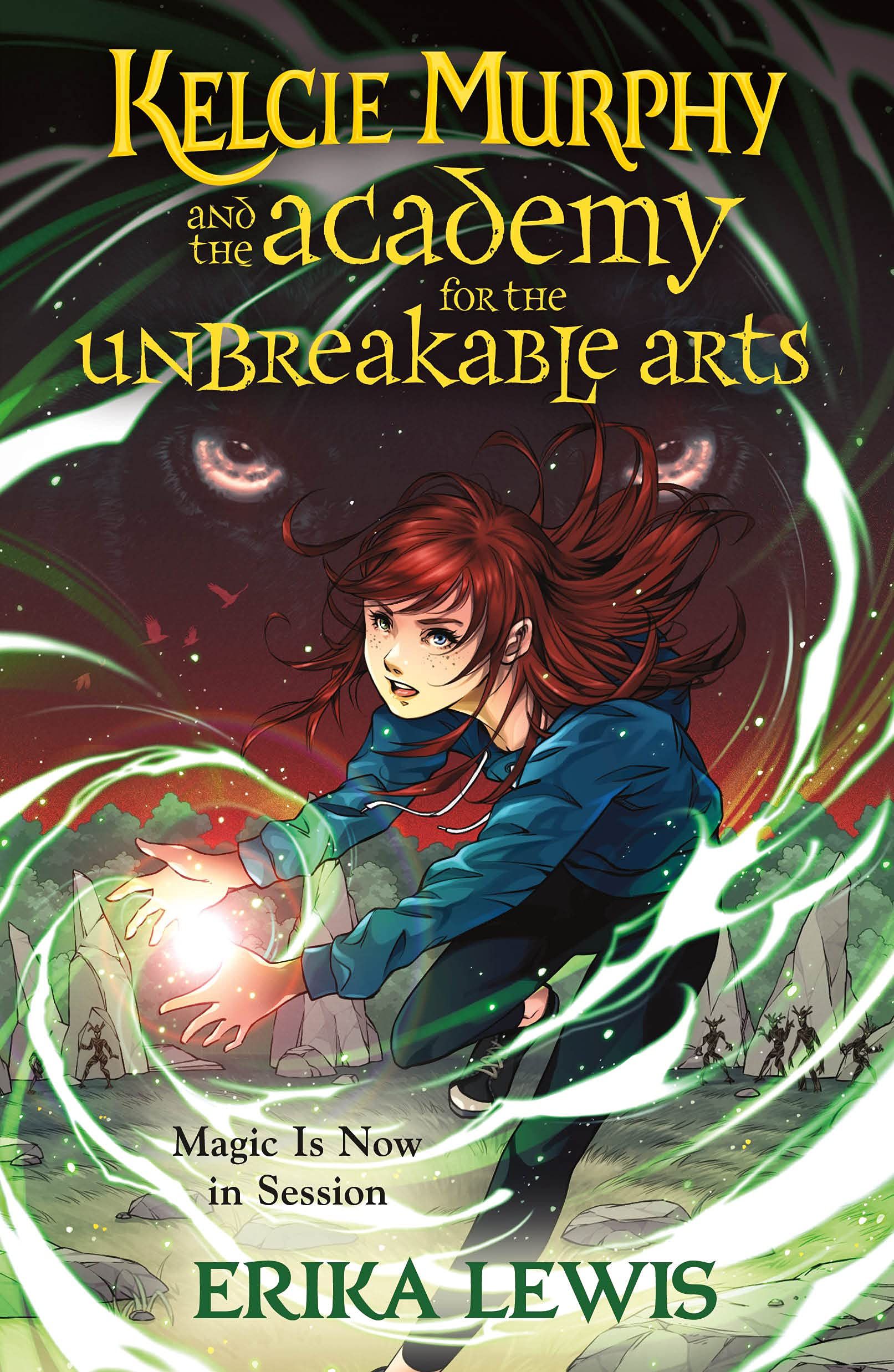 Kelcie Murphy and the Academy for the Unbreakable Arts by Erika Lewis (March 1; Starscape)

This cozy middle grade fantasy full of Celtic mythology is perfect for readers looking for more books with magic schools. Kelcie Murphy is in foster care and her caseworker is a wee bit odd. Her suspicions of him are confirmed when he takes her to a museum and forces her to touch a magic artifact that teleports her to another world. Suddenly, Kelcie is at the Academy for the Unbreakable Arts, and it’s testing day to see who gets into the school. Despite her surprise, Kelcie isn’t about to let an opportunity like this pass her by. Maybe Kelcie will be the next Celtic hero. In this beautiful wordless middle grade graphic novel, a young girl flees Cuba to New York City during Fidel Castro’s revolution in the 1960s. In New York City, she lives with a Catholic couple. The wordlessness of the graphic novel emphasizes how the protagonist has no words in her new home. She cannot speak English, so she doesn’t understand her foster parents or the students at school, who bully her. She also desperately misses her family in Cuba. When she discovers library books about her favorite topic — botany — she begins to learn English by reading them and studying the flora around her. Though fictional, Castellanos bases the story on her mother’s childhood and actual historical events. I really liked the back matter, where the author gives a glimpse into the history of this era and discusses the hypocrisy of the U.S. government in welcoming some refugees but not others. It’s a lovely, thought-provoking graphic novel. 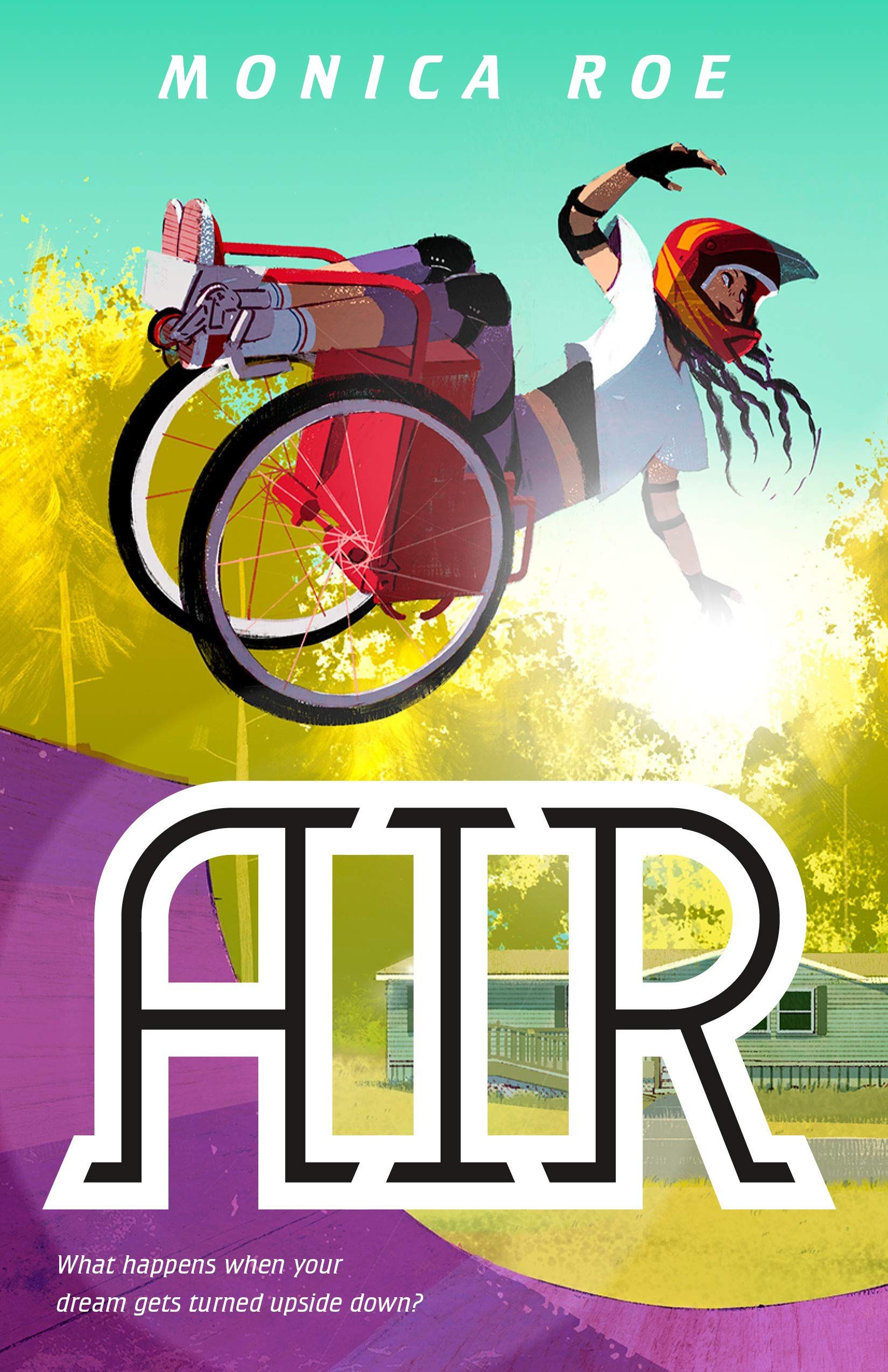 Emmie, who was born with spina bifida, loves WCMX — a wheelchair sport that uses skateboard ramps to do tricks. She used to practice all the time with her father, but after her mother’s death, her father has had to work more, and Emmie is on her own more often. She really needs a new wheelchair to perform the kind of tricks she loves, but her dad is struggling economically. To raise money, she and her BFF start an Etsy shop selling custom wheelchair bags Emmie makes using her mother’s sewing machine and wreaths from local foliage. When her school’s crappy old ramp damages Emmie’s wheelchair, the school insists she take on an aide to help her around instead of fixing the ramp. On top of that, they decide to hold a fundraiser for her new wheelchair to help promote the school. Emmie does not appreciate the pandering. I love Emmie’s independence in this contemporary middle grade, and the school’s ableism is all too realistic. Isaac and Marco, two Mexican American boys, have been best friends since elementary school. This year they’re in 6th grade, their first year in middle school, and both boys have different goals stemming from family problems. Basketball player Isaac wants to make better grades and actually turn his assignments in on time. His parents are divorcing, and he hopes they’ll fight less if he does well in school. Meanwhile, bookish Marco wants to become a basketball player to show his dad he can be manly. When some of the basketball players pick on Marco, and when Marco finds new and different friends, their friendship is tested. This middle grade is a charming and realistic take on middle school life. I’ve been so excited about this book releasing! Thirteen-year-old Ellen is Jewish, queer, and autistic. Lately, she and her best friend Laurel haven’t been hanging out as much, which worries Ellen. When the two go on a school trip to Barcelona, Ellen hopes it will bring them closer together. However, teachers place the two girls in separate groups, and Ellen actually prefers her group, which has a new student, Isa, who’s nonbinary. Ellen, who likes to think in categories, is fascinated with Isa and learns so much from them about being queer. Though Ellen is enjoying the trip, she’s overwhelmed by the city’s bustle and newness, especially when the schedule keeps getting thrown off. This middle grade is such an engaging, lovely read.

For more recently released children’s books, check out my January and February roundups.