REVIEW: The Woods at the Southwark Playhouse 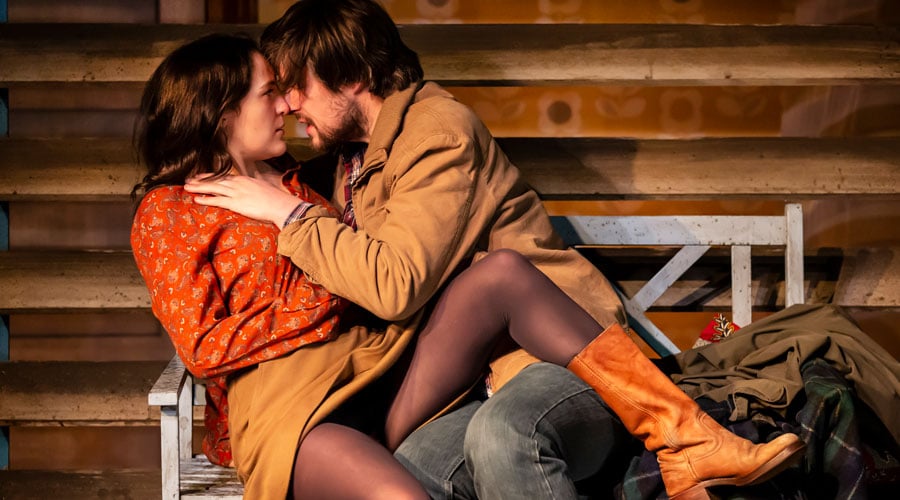 It seems to be that any David Mamet play tends to have the same similarities to its predecessors and successors. Enough so that if you get out your Mamet bingo card you’ll soon find yourself ticking off the usual trademarks, swearing, shouting, sexual references, and indeed, Sexism rather quickly. ‘The Woods’, Mamet’s ninety-minute battle of the sexes gets that card well and truly stamped through an emotional turmoil involving a boy and girl’s trip to a remote cabin.

It’s very simple, the storyline. Nick (Sam Frenchum) and Ruth (Francesca Carpanini) attempt to enjoy some alone time within the cabin; however, it quickly becomes apparent that the duo may not be as compatible as they think. As more and more niggles and throwaway comments here and there come out, it soon becomes an explosive back and forth between the pair. 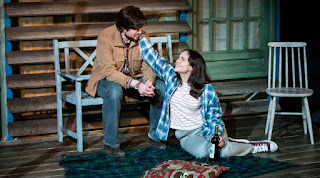 With the Southwark Playhouse being the intimate space it is, there’s always a challenge to create a set that doesn’t distract from the play, but also utilizes the small space at the same time. In that respect, kudos to set and costume designer Anthony Lamble. Whose set instantly gives us an idea as to where we are, as we sit and stare towards the exterior of a lake house cabin.

As for the duo, there appeared to be quite a gulf in performances; whether that’s down to the writing and not having much to work with, it became very apparent that Carpanini’s Ruth was the standout. For most of the show, she commanded the space and kept the majority of the attention towards her. Nothing to be taken away from Frenchum’s Nick; he undoubtedly had his moments of comedy, aggression and desperation, and as his character deteriorates towards the end and he puts in a strong performance, it all feels a little too late. But Carpanini’s performance does the opposite and continues to grow in stature throughout. 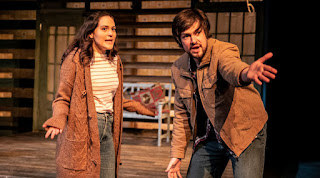 This may all seem negative; the show did have moments that were enjoyable to watch and particular moments that were engaging and director Russel Bolam has more or less managed to create something positive with little resources, which is a testament to the directorial abilities of Bolam. But the perplexing part is for a play that is quite short in length, is how it seemed to feel so long while watching it? It poses the question that for a play that hasn’t been revived in the UK for almost twenty-five years, are some things best left in the past?