Everything You Need To Know About Spotify Playlist Promotion in 2022 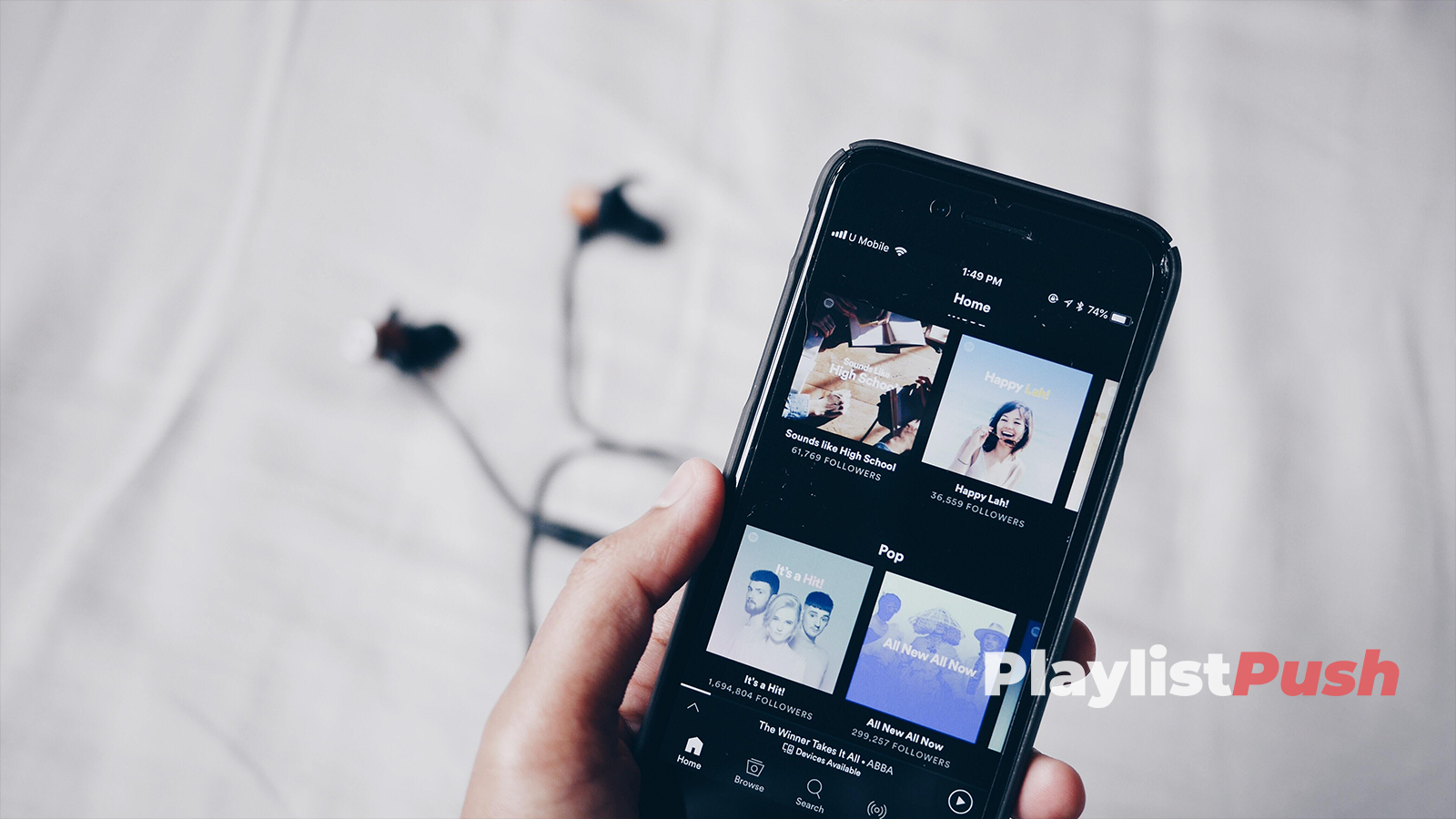 There are many common goals musicians and producers have with one another. One of these goals is to get their music in the ears of an audience that genuinely wants to listen to them.

Playlisting does just that. Playlisting helps artists get their music in the ears of a real audience that want to listen and engage with their music.

Below, we’ll be discussing what playlisting is, key-factors in running a successful promotion, in-direct effects of playlisting and hacks that will help you get onto Spotify’s editorial playlists.

What is Spotify Playlisting?

Playlisting helps artists make their music stand out like nothing else. Landing on playlists will help you grow your Spotify artist profile and will help get your music in the ears of loyal audiences and first time listeners.

(Reminder: These playlists are independently owned and have no affiliation with Spotify or their editorial playlists)

This in turn will help you build up your Spotify presence and can potentially help you get on one of Spotify’s editorial playlists – while incredibly competitive, we’ve been able to help several artists make it into this lucrative discovery channel.

Now that you know what playlisting is, we can go ahead and cover all of the boxes that need to be checked prior to launching a promotional campaign.

One of the least talked about benefits of Spotify playlist promotion is the in-direct effects you receive from a campaign.

For example, let’s say you ran a Spotify Playlist Campaign and got onto 30 playlists. Since you were placed on 30 playlists with real audiences, each listener has the opportunity to save your song, give you a follow, add your song to their playlist(s), share your song and even check out some of your other music.

As you’re collecting streams from these playlists, you could catch the attention of labels, other curators, Spotify’s editorial team and most importantly a genuine audience that wants to listen to your music.

You can find a good example of this in the below interview Spotify had with Americana Singer/Song-Writer Garrett T. Capps.

“I was playing an official showcase at SXSW one year,” Capps explains. “They put two or three of my songs on a Spotify official Austin music playlist. One of them was ‘Born in San Antone,’ and I guess it greased the wheels of my Spotify algorithms and started linking up with people that might like that kind of music.”

Fortunately for Capps, one of those people turned out to be Billions co-creator/executive producer Brian Koppelman. “He’s a big Americana guy, who curates the music for the entire show himself,” says Capps, sounding like he can still hardly believe it. “He was just sitting on an airplane and he turned on Discover Weekly, and my song came up and he freaked out, he loved it. And then he contacted me. It’s wild, because that song is just a hometown anthem I wrote to play at local gigs, really.”

Essentially, the 30 playlists you were originally added to could potentially end up getting you placed on 1000+ playlists. (These numbers have been based off of real experiences)

Keep reading this article until the end for a in-depth testimonial from none other than coldbrew. He explains how he landed a single song deal with Atlantic Records because of the in-direct effects of a Spotify playlisting campaign.

One of the secret methods for getting onto Spotify’s editorial playlists is first getting onto smaller user curated playlists. This is exactly what Playlist Push can help you do.

Without users listening, sharing and adding your music to playlists, it’s virtually impossible to get the attention of Spotify’s editorial team.

Keep in mind that Spotify’s editorial team is incredibly small and they receive tens of thousands of editorial pitches per day. It’s definitely not easy to stand out but there are steps you can take to increase your chances.

After looking more into Spotify’s editorial playlists, I came across a few interesting Q&A’s Spotify put together in their “Behind the Playlists: Your Questions Answered by Our Playlist Editors” blog post.

Answer: “Each of our editors are unique and work differently, but they all constantly seek inspiration from different music publications and cultural moments as well as what artists are highlighting on their own artist pages and playlists.”

Q2: How do you get into more editorial playlists after release?

Answer: “While you can’t pitch your music to us through Spotify for Artists post-release, our editors are definitely looking at signals from our data for songs that are resonating on our platform. Try and continue to build momentum for your tracks and engage with your audience—you can track how it’s doing in multiple spaces with our analytics tools within Spotify for Artists. Pay attention to your audience stats: who they are, where they live, and engage with those people on your socials.”

What can we learn from the answers above?

We now know that Spotify’s editorial team is unique and each member of their team works differently. This means that they can either discover you on social media, different music publications or even on independently owned Spotify playlists.

In addition, they’re looking for artists whose songs have already built momentum and are resonating on their platform.

Having an established presence isn’t a necessity for landing on their editorial playlists pre-release but it’s definitely a must after your song has launched thus emphasizing the importance or getting your name on the radar.

Below, you can find feedback from real artists we’ve had the pleasure of working with.

I ran 3-4 campaigns within the span of a couple months (my first couple months releasing music as coldbrew) and around the time of the 4th campaign I got an email from Chill Nation. They wanted to release a song with me, thus my first single song record deal was born. How did they find me? They heard one of my songs in one of the playlists that was part of the Playlist Push network. The in-direct effects of using Playlist Push are just as valuable as the direct effects.

Around a year later in my career I got approached by Atlantic Records for a single song deal, they also found me on a user curated Spotify playlist which was without a doubt an in-direct effect from a Playlist Push campaign. Along with being added to playlists in your genre (with active listeners not just followers), the boost in algorithmic plays from Spotify’s algorithmic playlists, and the in-direct effects that come from thousands of people hearing your music.

Playlist Push has done wonders for me. It has helped me build a real audience that I can interact with. There have been a few songs that have been playlisted via Playlist Push and have stayed on the same playlist for years. I’m pretty sure “No Friends” is being pumped into coffee shops in Australia because of Playlist Push. It has over 250k plays and is still going! In turn, the push has helped me get onto Spotify Algorithm playlists. I also like that the curators can give you feedback. This has helped me understand what people are looking for and what people don’t care for.

Some songs are made to be played in the background or be B-side songs, and some are meant to be put on playlists for video games or getting amped up. So this has helped me create a product that I can specifically target when I use Playlist Push and I now know what will work well and get plays and what will not.

If you’re ready to jumpstart your music career, don’t hesitate to apply and setup your campaign following the link below. During the free setup process you ‘ll be able to see how many playlists there are for the niche genres you select.