Pregnant Kylie Jenner Puts Baby Bump On Display As She... 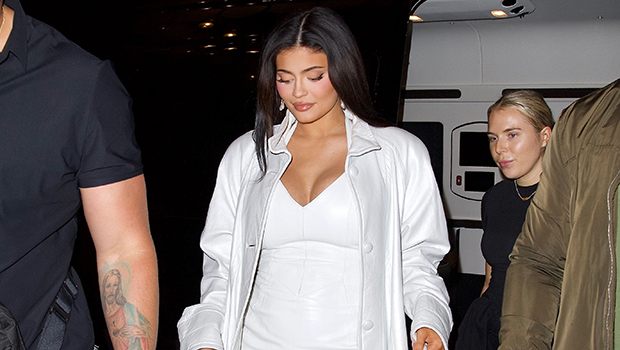 Kylie Jenner gorgeously posed while cradling her baby bump in a brand new behind-the-scenes photo that was taken during the filming of the upcoming Kardashian show on Hulu.

Kylie Jenner, 24, is showing off her baby bump once again as she gets ready to welcome her second child with Travis Scott, 30. The Keeping Up with the Kardashians star posed in one of several photos on her family’s upcoming Hulu show‘s Instagram page on Feb. 1 and looked incredible as she cradled her bump in a light tan long-sleeved dress. She had her long locks down as she stood in front of a white background and looked at the camera.

Other photos showed Kylie’s sisters Kim Kardashian in a similarly colored pantsuit and heels, Kendall Jenner in a white sleeveless dress, Khloe Kardashian in a light pink sleeveless dress, and Kylie’s mom Kris Jenner in a light tan pantsuit. The page also included a promo clip for the show that was posted in Dec. and it shows the ladies greeting the camera in the same outfits. 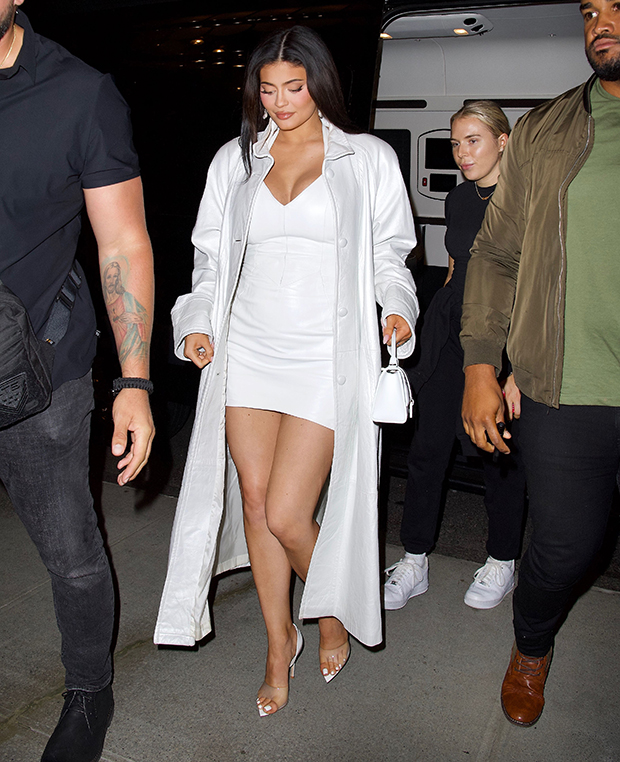 The Kardashians Hulu Instagram account isn’t the first place we’ve seen Kylie’s baby bump. The dark-haired beauty has also showed off her cute look on her own page as she gears up for the arrival of her precious bundle of joy. The reality star has been tightlipped about the gender and hasn’t shared too many details about her pregnancy

During her pregnancy, Kylie has been working on the Hulu show, which started production in Sept. No premiere date has been announced yet but the reality series is expected to be released early this year, maybe even in the next two months or so. Khloe recently spoke to Ellen DeGeneres about when fans can expect it to drop during an appearance on her talk show. 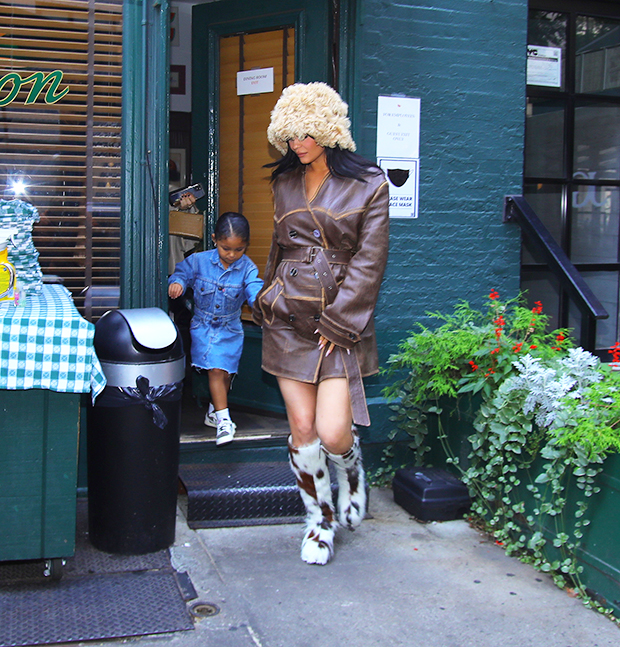 Kylie Jenner during an outing with her daughter Stormi last year. (Brian Prahl/MEGA)

“I think [it’s coming] in a few months,” Khloe revealed in Oct. “Either end of January, early February. It’s really fast. That’s the beauty of Hulu — we’re streaming and we get to have a much quicker turn-around than previously. We’re really excited. They’re here in the back, now, shooting with us, and we’re so happy to be up and rolling again.”