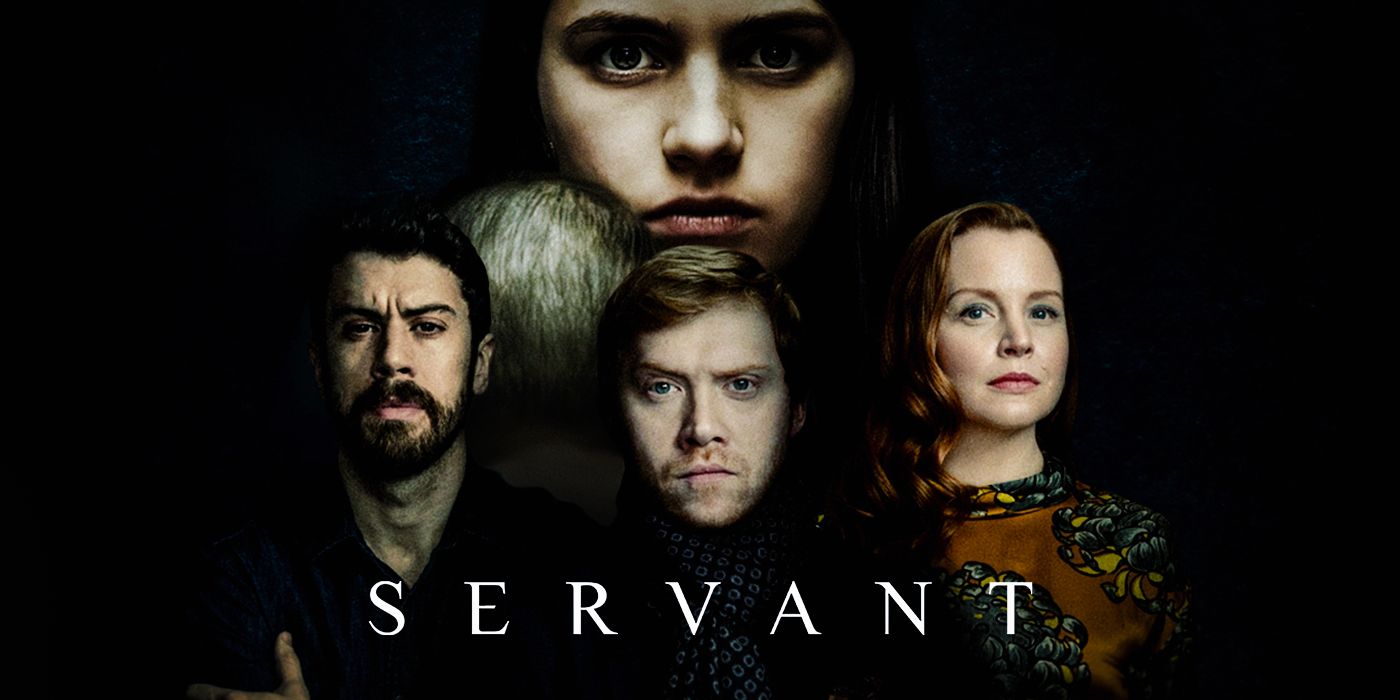 Apple TV+ has released a new trailer for the upcoming return of M. Night Shyamalan’s psychological horror series Servant. The third season of Servant that will be making its way to the streaming service starting on January 21 and retains the unnerving nature that viewers of the show are all too familiar with.

Picking up three months after the end of Season 2, the Turner household is trying to return to a normal life. Still, the threat of the cult that made its presence felt in the previous season’s finale makes this an impossibility as Dorothy’s paranoia begins to mount as Sean offers food to squatters in a nearby park, who Dorothy believes might be “casing the place.” The trailer shows off decaying bodies, pest infestations, and is capped off with Leanne telling Sean that it wasn’t God who brought back his son, Jericho, to which he can only reply “Then who did?”

The upcoming return of the series will see the ensemble cast of stars returning for Servant Season 3, including Lauren Ambrose, Toby Kebbell, Nell Tiger Free, and Rupert Grint. Joining the cast this season will be Sunita Mani (Spirited, Mr. Robot, GLOW). The third season of Servant will be ten half-hour episodes, keeping consistent with its previous two seasons. The series was renewed for a third season back in December 2020, a month ahead of the second season premiere.

Servant was created by Tony Basgallop and follows Dorothy and Sean Turner, a Philadelphia couple in mourning after the loss of their infant child creates a rift in their marriage. They hire a strange nanny named Leanne and, in the process, open the door for a mysterious force to enter their home. Basgallop works alongside Ryan Scott, Ishana Night Shyamalan, Alyssa Clark, Laura Marks, Henry Chaisson, Amy Louise Johnson, and Kara Lee Corthon as writers on the series. Both M. Night Shyamalan and Basgallop serve as executive producers on the project alongside Jason Blumenthal, Todd Black, Steve Tisch, Ashwin Rajan, and Taylor Latham. Directors for this season are M. Night Shyamalan, Ishana Night Shyamalan, Carlo Mirabella-Davis, Dylan Holmes Williams, Celine Held, Logan George, Kitty Green, Veronika Franz and Severin Fiala. Servant is a Blinding Edge and Escape Artists production.

Season 3 of Servant will be making its way to Apple TV+ starting on Friday, January 21, 2022 with new episodes being added weekly on Friday. You can watch all episodes of the first two seasons on the streaming service right now as well as the brand new trailer down below:

Wonder what’s so important about those crates.

Matt Villei is a Freelance Writer currently working in Gaming News for Collider. Having a deep appreciation for the games, films, and books that he experienced growing up, Matt wanted to learn the inner workings of how these pieces of media were made. He graduated from Hofstra University with a Film Studies degree and a Creative Writing minor with the hope of one day making a game like the ones he grew up playing. When not writing, he plays some games, watches some professional wrestling, and spends some time with his two Golden Retrievers.