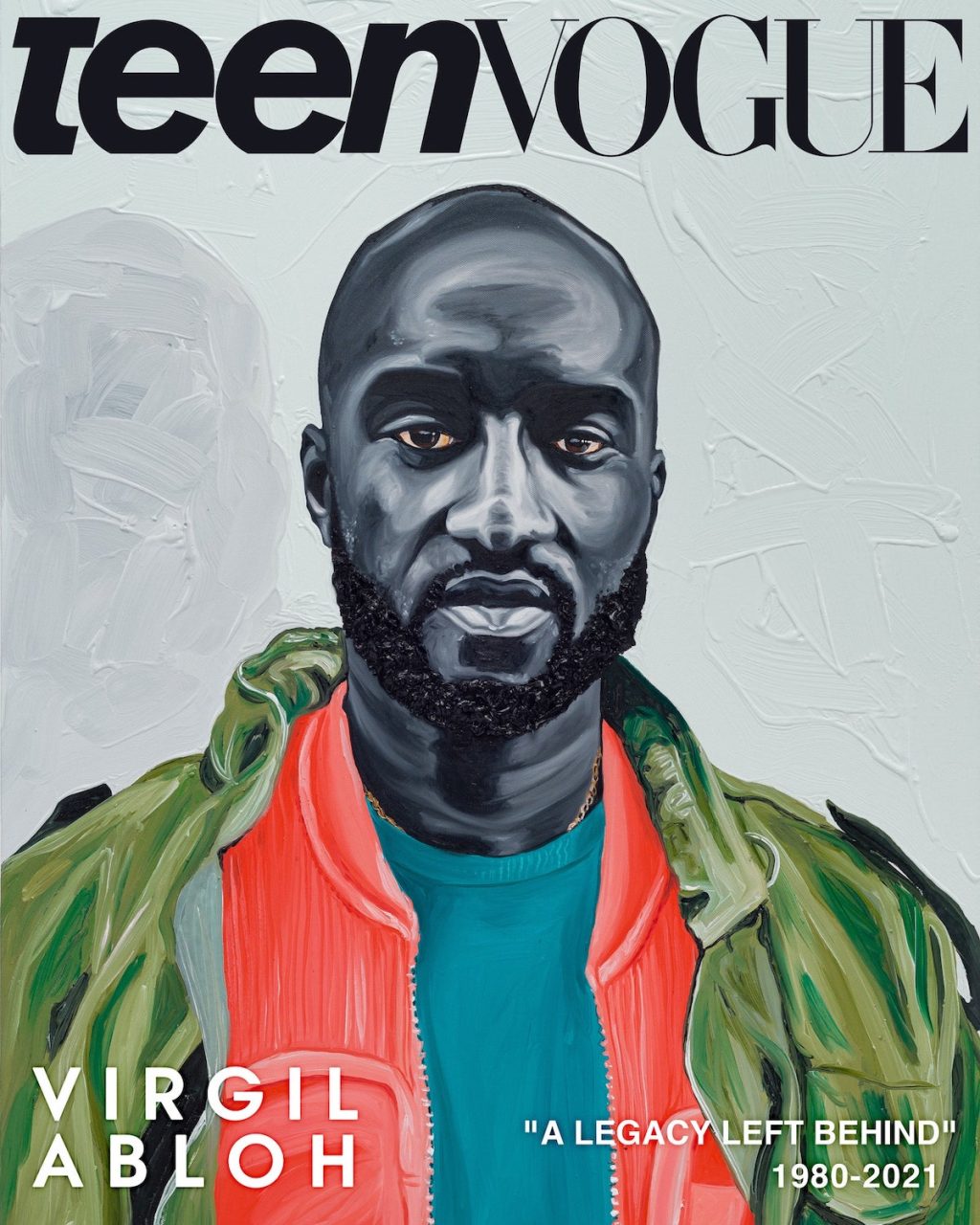 The untimely death of Virgil Abloh, a multi-hyphenate who changed fashion as artistic director of Louis Vuitton’s menswear while also leading his own brand, Off-White, was felt in the hearts of many this past November. The newest person to pay homage to Abloh’s rich legacy is the young painter Otis Kwame Kye Quaicoe, whose portrait of Abloh now appears on the cover of a newly released special issue of Teen Vogue.

Quaicoe, who was born in Ghana and is now based in Accra and Portland, Oregon, creates vivid images of Black people who in most cases stare back at their viewers. Rendered in shades of black, grey, and white, Quaicoe’s subjects are typically pictured against warmly colored background that are left thick and textural, emphasizing their forms. In a 2021 interview with My Modern Met, he said that he arrived at this style in an attempt to “appreciate the skin tone of Blackness—the beauty of Blackness—and to appreciate and accept who we are.”

On the Teen Vogue cover, Abloh is shown wearing a green jacket on top of a red-orange zip-up sweatshirt. Abloh looks out longingly at the viewer, his eyes containing hints of the hues seen on the sweatshirt. Teen Vogue said it chose Quaicoe for the project because Abloh was the son of Ghanaian parents.

The Teen Vogue cover is the latest major project for Quaicoe, whose star has been rising over the past two years. He recently gained gallery representation with Los Angeles’s Roberts Projects gallery with the help of his friend, the artist Amoako Boafo, and later with Almine Rech. The Rubell Museum in Miami last year selected Quaicoe for its artists-in-residence program, which tends to be a predictor of major talent to come, and his works were on view this year during Art Basel Miami Beach. At auction, paintings by the artist have also proven particularly successful, in some cases selling for 10 times their estimates.