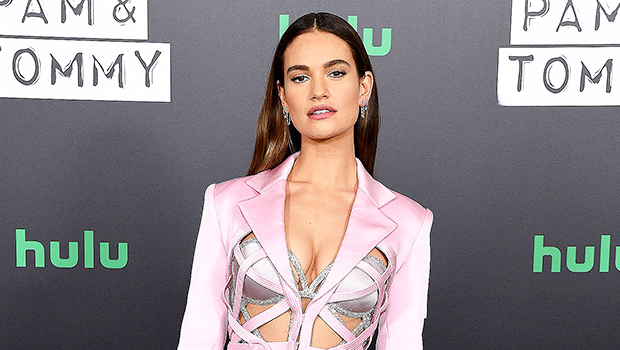 Lily James sizzled in a sexy metallic dress that left very little to the imagination and an equally sexy cutout blazer for the ‘Pam & Tommy’ premiere.

Lily James, 32, brought sex appeal to the red carpet premiere of the mini-series where she played sex symbol Pamela Anderson, 54, Pam & Tommy. She stunned in a metallic grey cutout dress that left very little to the imagination. The top half of the sexy number cupped around her breasts perfectly and was held up by two crisscrossed straps. Her midriff was mostly exposed as crisscross straps danced across it and flattered her toned tummy. Connected to those straps is a skin-tight matching metallic mini skirt. 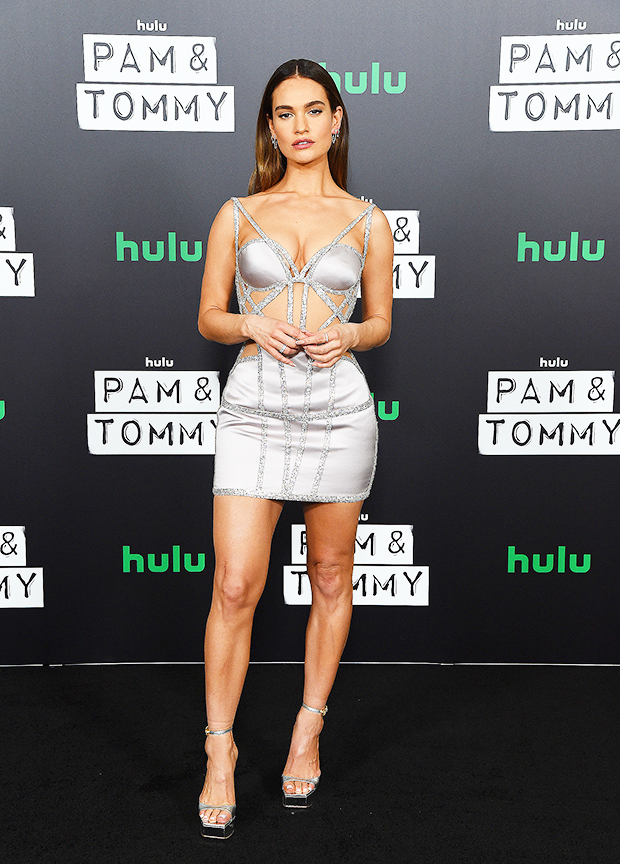 The Pam & Tommy actress also topped off the sexy piece with a pink cutout blazer that didn’t hide much of her body. Instead, it highlighted the curves that were already being flattered by her cutout dress. Also present at the red carpet event were Sebastian Stan, Seth Rogen, Nick Offerman and Taylor Schilling, who all play key roles in the series.

Lily James’ transformation into Pamela Anderson was no joke. She endured “anywhere from three to five hours of hair and makeup every morning before we even started filming,” Barry Lee Moe, hair department head for Pam & Tommy, told Variety. The results paid off though. In the trailer and other on-set pics, she bears an uncanny resemblance to the Barb Wire actress. The Cinderella actress was even spotted wearing Pamela’s signature Baywatch swimsuit and looked iconic in the red number. 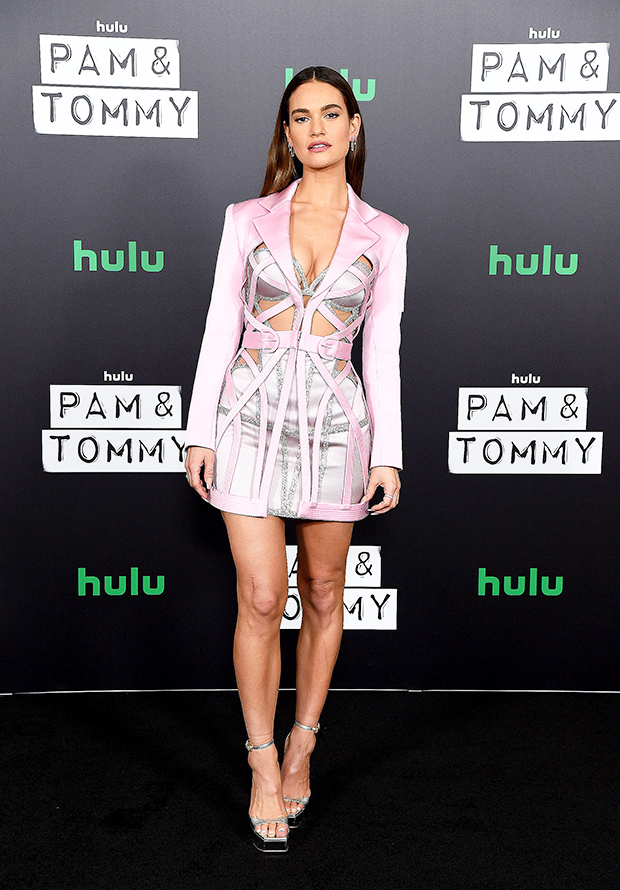 The Mamma Mia! Here We Go Again actress loved making the big transformation and was bummed out when she had to lose the voluptuous hair and long fingernails. “I’ve never done anything where I look very different from myself before,” she told Porter. “And I’d really like to continue in this vein, because I felt there was something very freeing and liberating in it. There was a bravery that came from that.”

Pam & Tommy is a dramatic depiction of the events that transpired when Pamela Anderson and Tommy Lee’s sex tape was stolen and leaked in the 90s. It also delves into their tumultuous relationship from getting married just four days after meeting to their messy divorce in 1998. While it is somewhat of a biopic, the Baywatch actress likely won’t be tuning in as she refused the actress playing her’s request to be involved with the project.