Drawn & Quarterly Fall books include Beaton, Gauld and the... 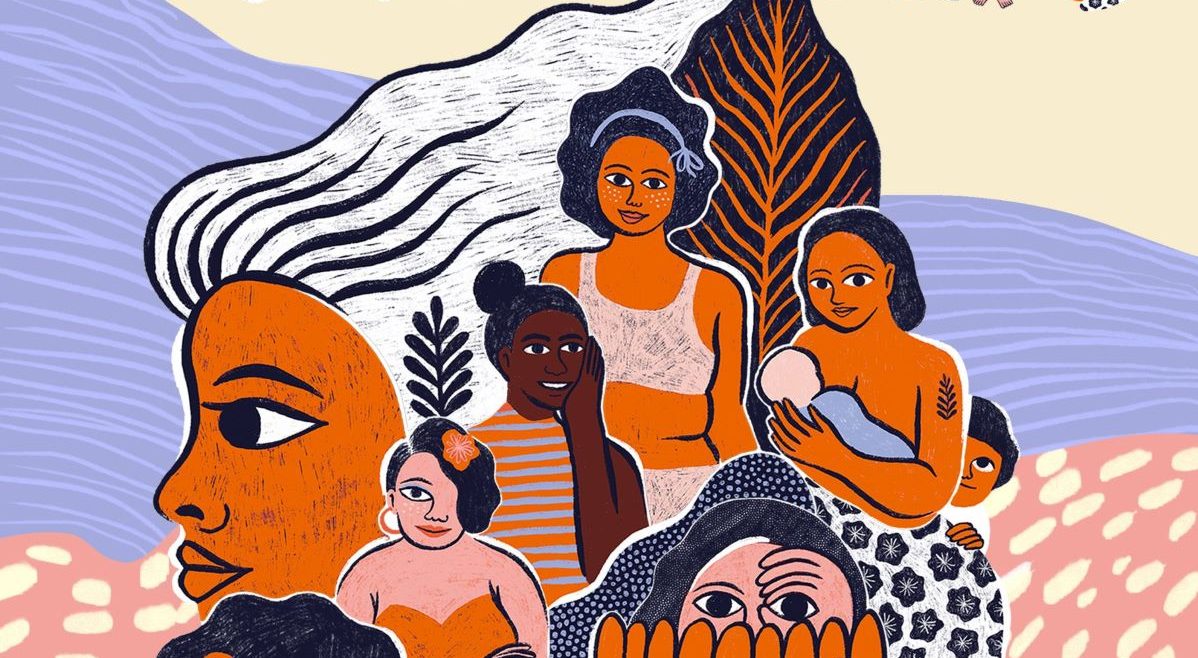 The Drawn & Quarterly Fall 2022 catalogue is finally here and there is, as expected, a lot of great material to look forward to in September and October 2022.

Keiler Roberts has two new releases this year, with her latest autobio book The Joy of Quitting joined by a team-up with her brother Lee Sensenbrenner  to produce a ‘picture book for adults’ in Creepy. There is also Kate Beaton’s much anticipated autobio piece Ducks; more work from Tom Gauld, Lynda Barry, and Yeong-shin Ma; PLUS a feminist anthology of indigenous rebellions and advocacy movements in the Global South with Movements and Moments.

Lots and lots of great stuff from the ever-reliable D&Q.

An ambitious feminist anthology chronicling Indigenous rebellions around the world
In 1930s Bolivia, self-described Anarchist Cholas form a libertarian trade union. In the Northern Highlands of Vietnam, the songs of one girl’s youth lead her to a life of activism. In the Philippines, female elders from Kalinga blaze a trail when pushed into impromptu protest. Equally striking accounts from Brazil, Chile, Ecuador, India, Nepal, Peru and Thailand weave a tapestry of trauma and triumph, shedding light on not-too-distant histories otherwise overlooked.

Indigenous Peoples all over the world have always had to stand their ground in the face of colonialism. While the details may differ, what these stories have in common is their commitment to resistance in a world that puts profit before respect, and western notions of progress before their own. Movements and Moments is an introductory glimpse into how Indegenous Peoples tell these stories in their own words. From Southeast Asia to South America, vibrant communities must grapple with colonial realities to assert ownership over their lands and traditions.

This project was undertaken in cooperation with the Goethe-Institut Indonesien in Jakarta. These stories were selected from an open call across 42 countries to spotlight feminist movements and advocacies in the Global South.

Before there was Kate Beaton, New York Times bestselling cartoonist of Hark A Vagrant, there was Katie Beaton of the Cape Breton Beatons, specifically Mabou, a tight-knit seaside community where the lobster is as abundant as beaches, fiddles, and gaelic folk songs. After university, Katie heads out west to take advantage of Alberta’s oil rush, part of the long tradition of East Coasters who seek gainful employment elsewhere when they can’t find it in the homeland they love so much. With the singular goal of paying off her student loans, what the journey will actually cost Katie will be far more than she anticipates.

Arriving in Fort McMurray, Katie finds work in the lucrative camps owned and operated by the world’s largest oil companies. As one of the few women among thousands of men, the culture shock is palpable. It does not hit home until she moves to a spartan, isolated worksite for higher pay. Katie encounters the harsh reality of life in the oil sands where trauma is an everyday occurrence yet never discussed. For young Katie, her wounds may never heal.

Beaton’s natural cartooning prowess is on full display as she draws colossal machinery and mammoth vehicles set against a sublime Albertan backdrop of wildlife, Northern Lights, and Rocky Mountains. Her first full length graphic narrative, Ducks: Two Years in the Oil Sands is an untold story of Canada: a country that prides itself on its egalitarian ethos and natural beauty while simultaneously exploiting both the riches of its land and the humanity of its people.

Maybonne Mullen is “riding on a bummer” according to her little sister, Marlys. As much as teenage Maybonne prays and tries she just can’t connect to the magic of living. How can she when there’s so much upheaval at home and school, not to mention the world at large? And yet Marlys always seems able to tap into it.

In It’s So Magic, the Mullen family dynamics are in flux. Uncle John makes a brief return to town to the delight of the girls. Freddy is finally reunited with his sisters. Marlys falls in love for the first time. And after they finally settle into a routine at their grandmother’s, the Mullen siblings’ find out that their mother might be ready to take them back in. With war in the background and precarious parental support, the siblings long for peace, finding it in the small things like grocery-store turkey-drawing contests and fishing trips.

Narrated by Maybonne, Marlys, and Freddy, It’s So Magic captures Lynda Barry’s unparalleled ability to depict the magic of youth experiencing firsts in a world that contains as much humor as it does hardship.

Confront the spectre of failure, the wraith of social media, and other supernatural enemies of the author

Tom Gauld returns with his wittiest and most trenchant collection of literary cartoons to date. Perfectly composed drawings are punctuated with the artist’s signature brand of humor, hitting high and low. After all, Gauld is just as comfortable taking jabs at Jane Eyre and Game of Thrones.

Some particularly favored targets include the pretentious procrastinating novelist, the commercial mercenary of the dispassionate editor, the willful obscurantism of the vainglorious poet. Quake in the presence of the stack of bedside books as it grows taller! Gnash your teeth at the ever-moving deadline that the writer never meets! Quail before the critic’s incisive dissection of the manuscript! And most important, seethe with envy at the paragon of creative productivity!

Revenge of the Librarians contains even more murders, drubbings, and castigations than The Department of Mind-Blowing Theories, Baking with Kafka, or any other collections of mordant scribblings by the inimitably excellent Gauld.

It’s not easy to label an artist like Geneviève Castrée—cartoonist, illustrator, musician, sculptor, stamp collector, activist, correspondent—a person with busy hands and a mind too creative and wild to stop doing.

Those familiar with Castrée’s seminal memoir about her childhood, Susceptible (included fully within), will know that she, to a large degree, raised herself. It was in those unattended, semi-feral childhood years that Geneviève used art to pull herself out of what could have otherwise been a bleak existence. Instead, she found beauty and depth around her and blended it gorgeously with the harsh, devastating realities of this world, creating a body of work that is so stunning, heartbreaking, and magical that it leaves you aching.

From rarely- or never-seen illustrations and comics, to album covers and photographs, to studio scraps, Geneviève Castrée: Complete Works 1981-2016 is a breathtaking collection of Castrée’s work and soul. A remarkable woman who made remarkable art, her love and spirit weep and shine from the pages.

With an introduction from Castrée’s widower Phil Elverum, who devoted himself to designing and curating the book, we gain further insight into the details of her life. Translations are lovingly and expertly provided by Elverum and Aleshia Jensen.

The satirical saga of three artists seeking recognition. But there can be only one Artist.

On the outer limits of relevancy in an arts culture that celebrates youth, these three men make up the artist group Arcade. Caught in circular arguments about what makes real art and concerned about the vapid interests of their younger contemporaries, none of them are reaping the benefits of success. But there’s always another chance to make it. When it comes time, out of the three, who will emerge as an acclaimed artist? More important, when one artist’s star rises, will he leave the rest behind? Following Yeong-shin Ma’s hit manhwa, Moms, this plunge into artistic friendships is as hilarious and infuriating as it is real.

With absurdist style and off-beat humor, Artist simultaneously caricatures and complicates the figure of the artist. The friendships between the three are impassioned and mercurial, resulting in conflicts about fashion choices, squabbles with foreign children, and changes in one another’s artistic fortunes for better and worse. As the story progresses we see the ways that recognition—or lack thereof—molds each character’s outlook, whether they will be changed by the scene or end up changing it to fit their ideals.

From toddler antics to doctor appointments, Keiler Roberts breathes humour and life into the fleeting present.

Keiler Roberts affirms her status as one of the best autobiographical cartoonists working today with The Joy of Quitting, a work encompassing 8 years of hilarious moments in the author’s life, mined from the universal. It spans her frantic child-rearing, misfires in the workplace, and frustrating experiences with the medical system.

In one strip, the author and her daughter Xia have itchy scalps. Roberts asks her husband to check her hair and all she gets is the cursory remark that he just sees “a bunch of bugs.” In another, Xia describes her oddly shaped poop in precise detail. We then see Xia sitting at the breakfast table telling the family that she recently learned the word “nuisance” and everyone agrees it’s a good word for her to know. As Xia grows from toddler to big kid, the family evolves and its dynamics shift in subtle ways, changes that pass all too suddenly in real life captured forever with Roberts’s keen observational humour.

The Joy of Quitting is Roberts’ magnum opus of domestic comedy, highlighting how she continues to work within and expand the rich tradition of autobiographical comics. Again and again, Roberts shows us that most meaningful moments or gestures often don’t have any meaning at all.

A laugh out loud funny parable for the digital age.

There once was a lady who was very creepy. She moved about the world in seemingly normal ways, except for one tremendously bizarre tic. First she sought out kids transfixed by their screens, staring blindly and blank-faced at nearly any device, and then she would snatch something precious from them.

In this picture book for grown-ups, sibling duo Keiler Roberts and Lee Sensenbrenner render a compelling—and downright creepy—modern fable about kids who are hooked on their digital devices. Creepy is the contemporary answer to the shocking tales of the Brothers Grimm and bedtime moral stories like the boy who cried wolf or the princess and the pea: in it, Roberts and Sensenbrenner provide a shrewd and comical commentary on the increasing digitization of childhood. Known for her award-winning autobiographical comics, Roberts’s signature deadpan humor is on full display in these vibrantly painted pages.

It’s safe to say that no one tackles the peril of screen time as vividly or absurdly as this pair.