Wheel Of Time Completely Changes The Books With [SPOILER]’s Death 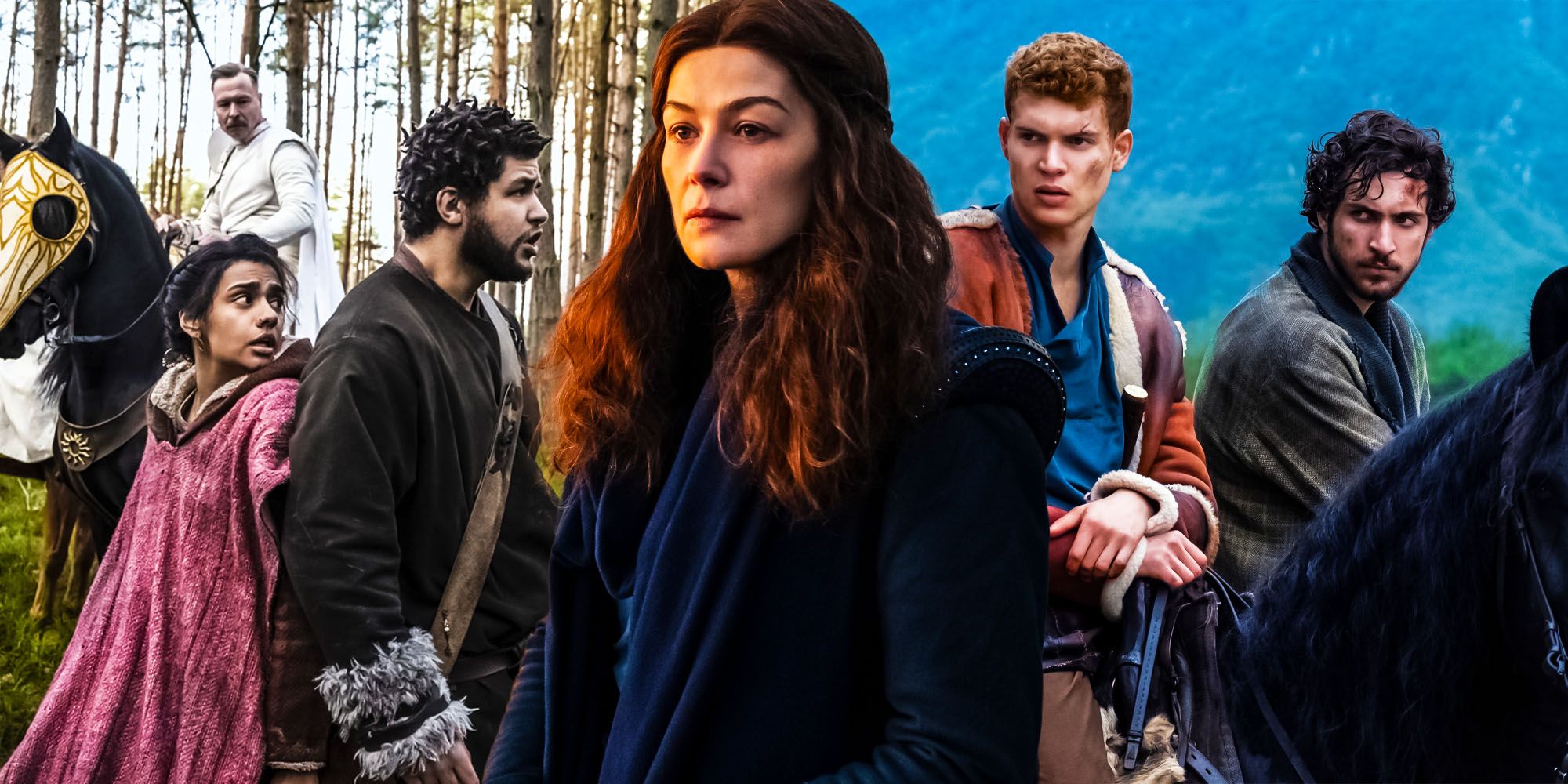 The Wheel of Time season finale just delivered a shocking death that totally changes so many important stories from Robert Jordan’s books.

Warning: This article contains spoilers for Wheel of Time episode 8.

Loial’s death in The Wheel of Time season 1 finale completely changes the story of Robert Jordan’s books. If this shocking turn of events isn’t undone in season 2, it has major implications for every future season of Amazon’s Wheel of Time show. Much of what comes next will have to be different from what transpired in the source material.

Played by Hammed Animashaun, Loial was seemingly killed off in Wheel of Time episode 8. Alongside Uno (Guy Roberts) and Ingtar (Gregg Chilingirian), Loial was brutally attacked by Padan Fain (Johann Myers) during the Trolloc attack. Perrin (Marcus Rutherford) watched in horror as Fain cut Loial twice with the ruby-hilted dagger Mat (Barney Harris) stole from Shadar Logoth. The blood all over Loial’s chest and the manner in which the scene played out left a clear impression that Loial died at Fain’s hand. Though Fain arriving at Fal Dara stealing both the Horn of Valere and Mat’s dagger is accurate to the books, what happened to Loial, Uno, and Ingtar was an invention of Amazon’s show. None of them were supposed to die.

Loial’s death in particular is sure to have massive ramifications for the show’s future. His role in season 1 was limited due to his late arrival, but Loial’s presence in the books show just how important he was expected to be in the series. He was heavily involved in many of Rand al’Thor’s exploits and was also one of the characters that he interacted with the most during his early travels. He was also instrumental to several of Perrin’s Wheel of Time stories. Much of what makes Loial so significant to Jordan’s books can be attributed to his knowledge of ancient architecture, his friendship with Rand, connection to the Ogiers and the Ways, and more.

Removing Loial from the equation will force Wheel of Time to make huge adjustments to several of the adventures that the main characters will have in the seasons to come, such as the hunt for the Horn of Valere, Perrin’s journeys with Faile, and the Last Battle. Plus, by killing off such an integral member of Wheel of Time’s core cast, the series has signaled that it won’t hesitate to deviate from the books and is open to telling its own stories. Loial’s death means that aside from the five ta’veren, no one is truly safe.

Fain killing Loial in the Wheel of Time season finale is arguably the show’s biggest change to date. It’s not the first notable alternation, but it’s the one that will have the strongest impact due to the sheer number of stories that will be affected by it. Making it possible for a woman to be the Dragon Reborn, for instance, didn’t actually matter that much in the long run since Rand turned out to be Lews Therin’s reincarnation after all. The same could be said for most of the other changes as well, but the situation with Loial is different. Unless the show takes its Loial twist back somehow, The Wheel of Time has irreversibly changed the direction of Jordan’s story.

More: Wheel Of Time: Why Moiraine Sent The Red Ajah After Mat

Peacemaker Teases A Potential Threat Even Worse Than The Butterflies

Nicholas Raymond is a staff movies & TV features writer for Screen Rant. He has a degree in journalism from the University of Montevallo, and is the author of the psychological thriller and time travel novel, “A Man Against the World.” Nicholas’ love for telling stories is inspired by his love for film noir, westerns, superhero movies, classic films, and ancient history. His favorite actors are Tyrone Power and Eleanor Parker. He can be reached by email at cnrmail@bellsouth.net and on Twitter at @cnraymond91.