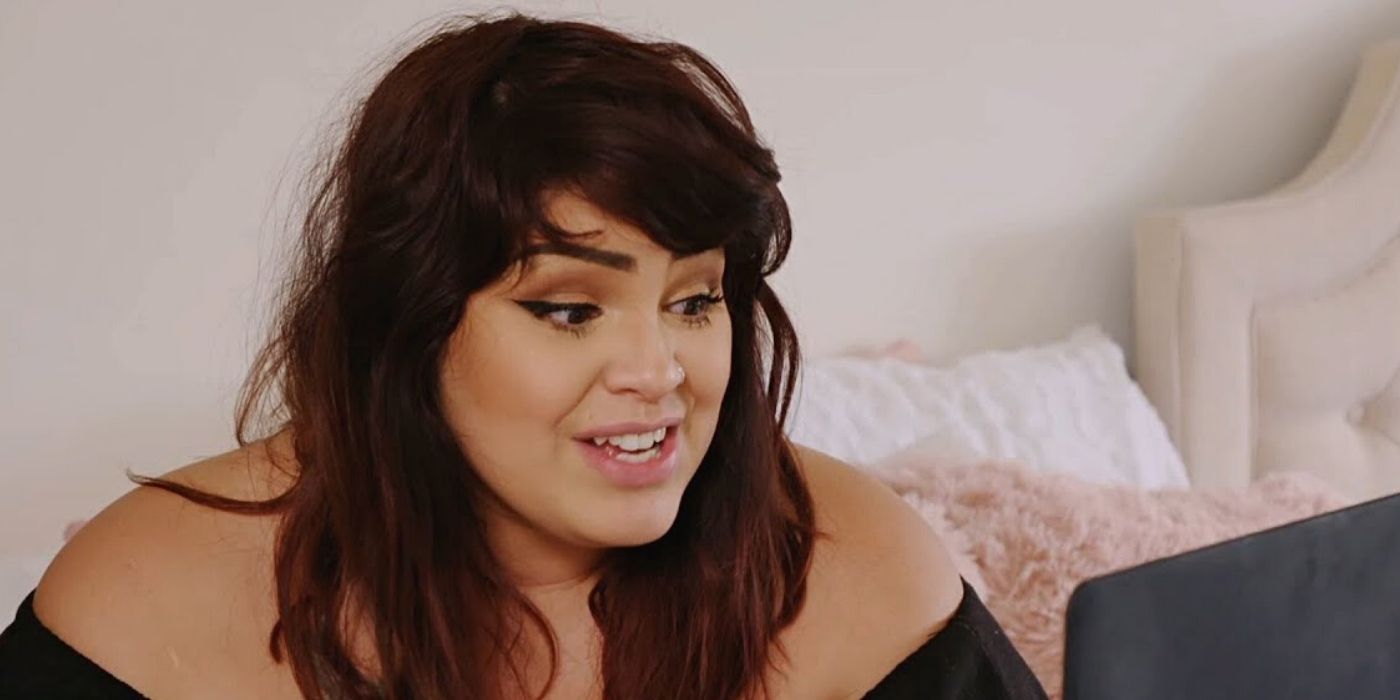 It seems like 30-year-old Tiffany Franco is over her ex-husband, Ronald Smith. The 90 Day Fiancé alum jokingly shows off her new man on Instagram.

90 Day Fiancé star Tiffany Franco has a new man in her life after splitting from Ronald Smith. Tiffany and Ronald were first featured on 90 Day Fiancé: The Other Way season 1. During the season, it was revealed that the South African native Ronald had a criminal record and gambling addiction. But Tiffany agreed to marry him, thinking that he would change. However, things took a drastic turn after Tiffany and Ronald got married in October 2018. The Maryland native claimed that her husband didn’t help her financially, and she had to raise her two kids on her own.

Ronald also claimed that his wife cheated on him with a cameraperson. Even after several heated arguments, Tiffany and Ronald told Shaun Robinson during the Tell-All that they love each other and would like to work on their marriage. In August, the mom of Carley and Daniel claimed that she wanted to divorce Ronald and had started the process online. Before the couple could get divorced, Ronald introduced his new girlfriend, Lauren, on Instagram. Tiffany was hurt to see that her husband had moved on even though they were still married.

But it now looks like Tiffany is also ready to move on. The 90 Day Fiancé alum is crushing on a new man and introducing him to her 527K followers on Instagram. Tiffany’s new man is Scottish actor Sam Heughan, who stars on a show called Outlander. Tiffany created a video slideshow of Sam’s pictures and titled it, “Finally ready to show you my new man.” She isn’t shying away from declaring her love for the TV star, and it looks like she is ready to marry him. Tiffany shocked many 90 Day Fiancé fans by using the hashtag, “mrsheughan.”

Sam hasn’t commented on Tiffany’s post yet. But many fans are glad that the TLC star is doing fine after the divorce from Ronald and is joking about dating a new man. A fan joked, “I know….but I think I’ve loved him longer!!!” Another chimed in, “I thought he and I were monogamous!” Someone else commented, “Lol ! Sorry but that’s MY boyfriend!” While Tiffany is joking about finding a new partner, Ronald is still going strong with his English girlfriend.

It isn’t clear whether Tiffany really wants a relationship with Sam or just has a crush on him. She is beautiful, intelligent, and confident and can definitely attract Sam’s attention. However, she may want to reconsider her decision before having a relationship with Sam because he lives in Scotland. Earlier, Tiffany revealed that she would like to date locally after her messy long-distance relationship with Ronald. Regardless of what Tiffany chooses to do, 90 Day Fiancé fans are wishing her the best of luck.

Next: 90 Day Fiancé: Tiffany Explains Why She Wears Wedding Ring After Divorce

Neha Nathani is a Reality TV writer at Screen Rant, and she loves it! She has always been passionate about telling and writing stories. But when she isn’t writing, she plays with her cats or tries some new dance moves.