Star Wars Confirms Jedi Can Lose The Force From Disease 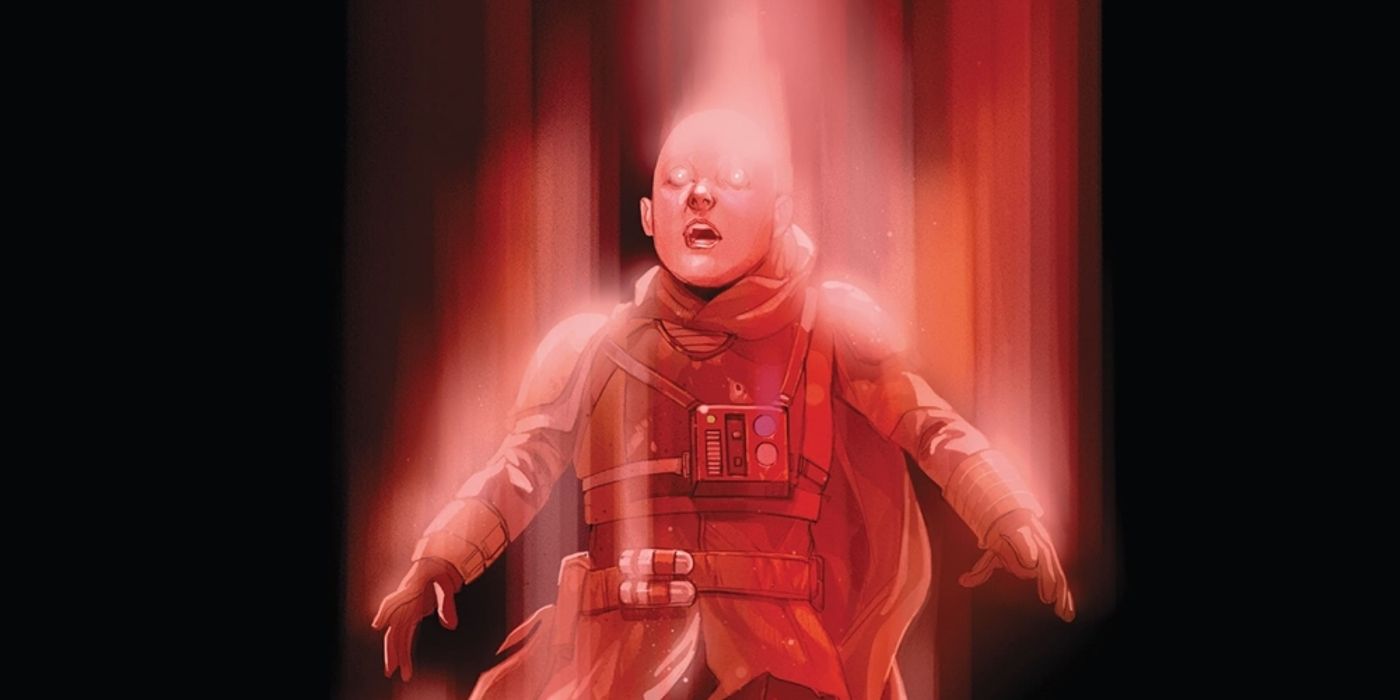 Star Wars: The High Republic #12 reveals the reason behind Jedi Master Sskeer’s struggle with connecting to the Force: Magrak Syndrome.

Warning! Spoilers ahead for Star Wars: The High Republic #12!

A Jedi Master has been unable to connect to the Force after contracting a disease that causes him to succumb to base instincts in a Star Wars comic.

Called Magrak Syndrome, this rare but potent encephalopathic disease is proprietary to Trandoshans and results in the afflicted experiencing extreme rage and aggression. Jedi Master Sskeer just so happens to be one of the few Trandoshans diagnosed with the affliction, and how his mind unconsciously attempts to handle his malady makes connecting to the Force impossible, a state that could remain permanent. Readers learn about Magrak Syndrome when Sskeer informs his former apprentice Jedi Knight Keeve Trennis of his condition in Star Wars: The High Republic #12 by writer Cavan Scott, artist Georges Jeanty, colorist Carlos Lopex, inker Karl Story and letterer Ariana Maher.

Related: Anakin’s Turn to Vader Would Have Been Darker in the High Republic

It’s possible to deduce from the disease’s description that Magrak Syndrome might not affect another Force-sensitive Trandoshan in the same way as it does Jedi Master Sskeer. The problem lies not in the disease itself but how the mind subconsciously reacts to it. Sskeer’s mind is ostensibly dedicating just enough energy to deal with the issue that there isn’t enough left for him to connect with the Force. Sskeer’s inability to prevent himself from involuntarily thinking about how to deal with the affliction is therefore the culprit. The disease just so happens to be so upsetting to Sskeer that his mind can’t stop obsessing over a cure even if it would mean he would never feel the Force again.

Readers can also assume that Magrak Syndrome only has the ability to sever a Jedi Trandoshan from the Force, not a Trandoshan who embraces the dark side. A likely explanation behind why Sskeer’s mind is reacting the way it is can be traced back to how a Jedi must purge themselves of anger and hate lest they risk falling to the allures of the dark side. Sskeer’s mind is so obsessed about ridding his brain of the disease because Sskeer knows that those who are stricken with Magrak Syndrome tend to experience rage and aggression, which are intrinsically linked to anger and hate. The mind of a Trandoshan who embraces the dark side would likely allow the disease to fester in order to unlock a deeper power and therefore wouldn’t become so distracted that the Trandoshan would lose the ability to wield the Force.

Even though only Trandoshans can develop Magrak Syndrome, this malady proves that other Jedi are at risk of losing their connection to the Force if they succumb to a disease that affects the mind indirectly — and undoubtedly directly as well. This realization in turn exposes another truth about a Jedi’s ability to wield the Force: that it is wholly contingent on the mind. Before, Star Wars created the impression that people only needed enough midi-chlorians to feel the Force, but now it’s clear that Force users must have a certain amount of control over their mental faculties as well.

Next: Why The Knights Of Ren Serve Palpatine (Not Kylo) In Rise of Skywalker