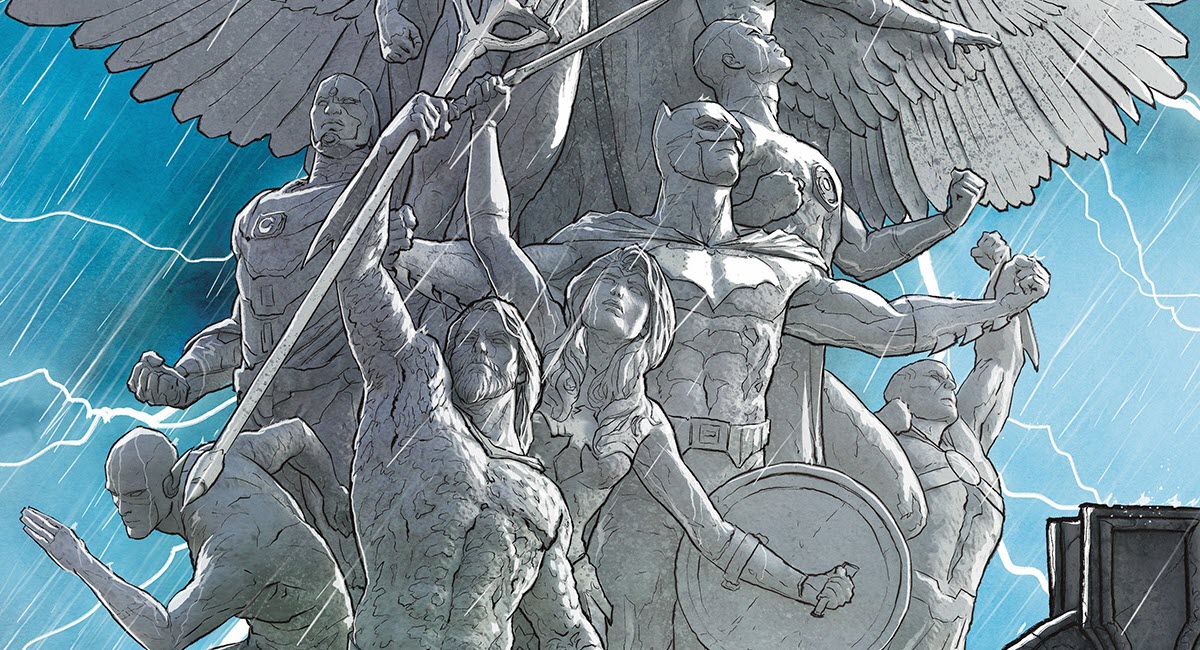 Thirty years ago this year, Superman #75 concluded the Doomsday storyline and saw the Man of Steel lay down his life to save Metropolis. DC Comics is commemorating the occasion with a new story that ups the ante — and promises to kill off the entire Justice League. April’s Justice League #75, the appropriately-titled “Death of the Justice League,” will reportedly be the final issue of the series. It comes from the creative team of writer Joshua Williamson and artists Rafa Sandoval & Alejandro Sánchez. No additional creators for the issue were named in the announcement, which was made via EW.

Williamson shared the news, along with a teaser image featuring art by Daniel Sampere and Sánchez, via social media today:

DEATH OF THE JUSTICE LEAGUE.

Not a dream. Not an imaginary story. DC’s greatest heroes are pulled to an epic war and lose.

Welcome to a World without a Justice League.

“Not a dream. Not an imaginary story,” the writer tweeted. Could it be a hoax, though?

A new  Dark  Army  made  up  of  the  DCU’s  greatest  villains  has  formed  on  the  edges  of  the  Multiverse and the best and most powerful heroes are pulled together in an epic war to push the darkness back. In the end, the Justice League are killed by the Dark Army with only one survivor to warn the remaining heroes of Earth about what is coming for them!

The EW announcement lists the affected team members as Superman, Batman, Wonder Woman, Green Lantern John Stewart, Martian Manhunter, Hawkgirl, Aquaman, Green Arrow, Black Canary, and Zatanna, and describes them battling “in a dead multiverse.” It seems likely that refers to Multiverse-2, otherwise known as the pre-Crisis on Infinite Earths DC Universe which was destroyed and replaced back in 1985-86. Multiverse-2 was last seen in Infinite Frontier #6, with Barry Allen’s Flash having travelled there before being transported to his own world, Earth-Flash.1, by Pariah.

In the announcement for the issue, Williamson described it as the beginning of the third act of his Infinite Frontier storyline:

“Ever since Infinite Frontier #0, we’ve been building to this story,” Williamson says. “Last year was a lot of fun and games, but when this story starts, it’s the beginning of the third act. We’re going to see things get darkest before the dawn. The Justice League gets called in to fight this Dark Army that’s been building on the edge of the multiverse. They go up against this Dark Army and they lose.”

Check out the full announcement at EW for more details and all the watermarked variant covers. Justice League #75, the final issue of the series, will feature a main cover by Sampere and Sánchez, with variant covers by Superman #75 writer/artist Dan Jurgens, Todd Nauck, Mikel Janin, and Simone Di Meo. It’s set to arrive in stores and digitally in April.