Citibanamex’s Prestigious Art Collection is Up for Sale, Triggering Calls... 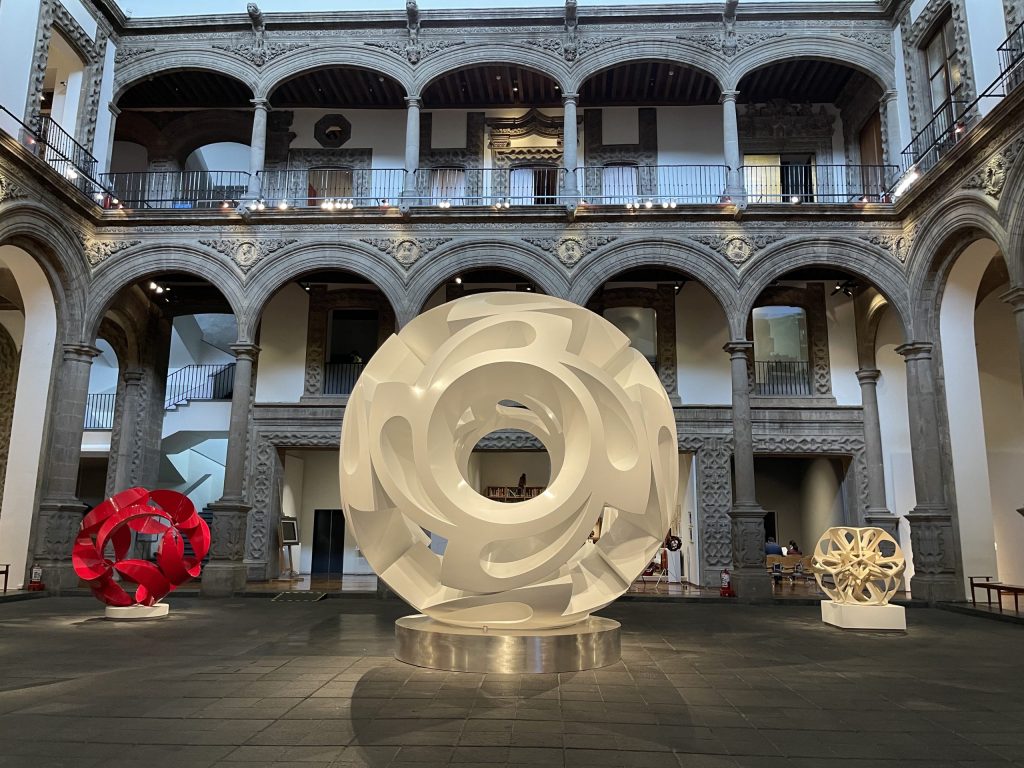 Earlier this month, Citigroup announced it would end its consumer banking operation in Mexico, splitting with the National Bank of Mexico, commonly known as Banamex, and as Citibanamex since Citigroup’s 2001 purchase. As both parties eye potential buyers, the fate of the bank’s prestigious collection of Mexican art has become a matter of national importance.

Over the past few decades, Citibanamex, acting through its cultural foundation, has amassed some 2,000 artworks, spanning from the 18th century to today, and including oil paintings, watercolors, and works on paper. With a strong inclination toward Mexican artists and national themes, it is among the most significant private collections in the country. In a statement, Citibanamex stressed that it will not offer individual works for sale. Instead, the entire collection will be included in the bank’s sale.

The business group that decides to buy the bank will acquire works by some of the most influential Mexican artists, including Frida Kahlo, José Clemente Orozco, Diego Rivera, and David Alfaro Siqueiros, as well as important expatriate artists who lived for extended periods in the country, like Remedios Varo, Leonora Carrington, Daniel Thomas Egerton, and Johann Moritz Rugendas.

At a press conference this week, Alberto Gómez Alcalá, corporate director of Institutional Development, Economic Studies and Communication at Citibanamex, stressed that it was impossible to assign a value to the collection. He added that any potential buyer must commit to the preservation of the bank’s cultural property, which “is a critical and indivisible part of what is for sale,” Gómez Alcalá said.

“We’re talking about buildings and art collections of the best painters of Mexico and of the world,” López Obrador said at a press briefing on Monday. “It’s cultural patrimony, and we’re looking for it to stay in our country.”

This comes amid renewed determination by the Mexican government to stop sales of cultural patrimony outside the country. Last fall, Mexican authorities succeeded in canceling an auction of Mexican artifacts in Rome. The Mexican cultural ambassador secured every piece that had yet to be sold and blocked the delivery of the artifacts that had already been bought.

Among the modern artworks included in the Citibanamex collection are Rivera’s May Day Parade in Moscow (1956), which captures the exuberance around the celebrations staged for the 10th anniversary of the Russian Revolution; Kahlo’s The Fruits of the Earth (1938), one of her largest still-life paintings; and Siqueiros’s Woman with Metate (1931), a portrait of a woman working a stone tool used to process grain.

The Citibanamex Cultural Foundation is a major patron of the arts in Mexico and maintains several landmark venues around the capital. Its headquarters is an 18th-century mansion that became the home of General Agustín de Iturbide, a Mexican independence leader who briefly served as emperor and was later executed. A large portion of the collection is exhibited free of charge in the Palace of the Counts of San Mateo de Valparaíso, located in the historic center of Mexico City.

During the press briefing, López Obrador called on Mexican investors to acquire Citibanamex, but added that his administration would not interfere with a sale that would benefit the state.

“We’re going to look at the legal aspects, but we do not want to create problems for the sale or create obstacles, because we want to show that in Mexico there is true rule of law and there are guarantees for investors,” he said.