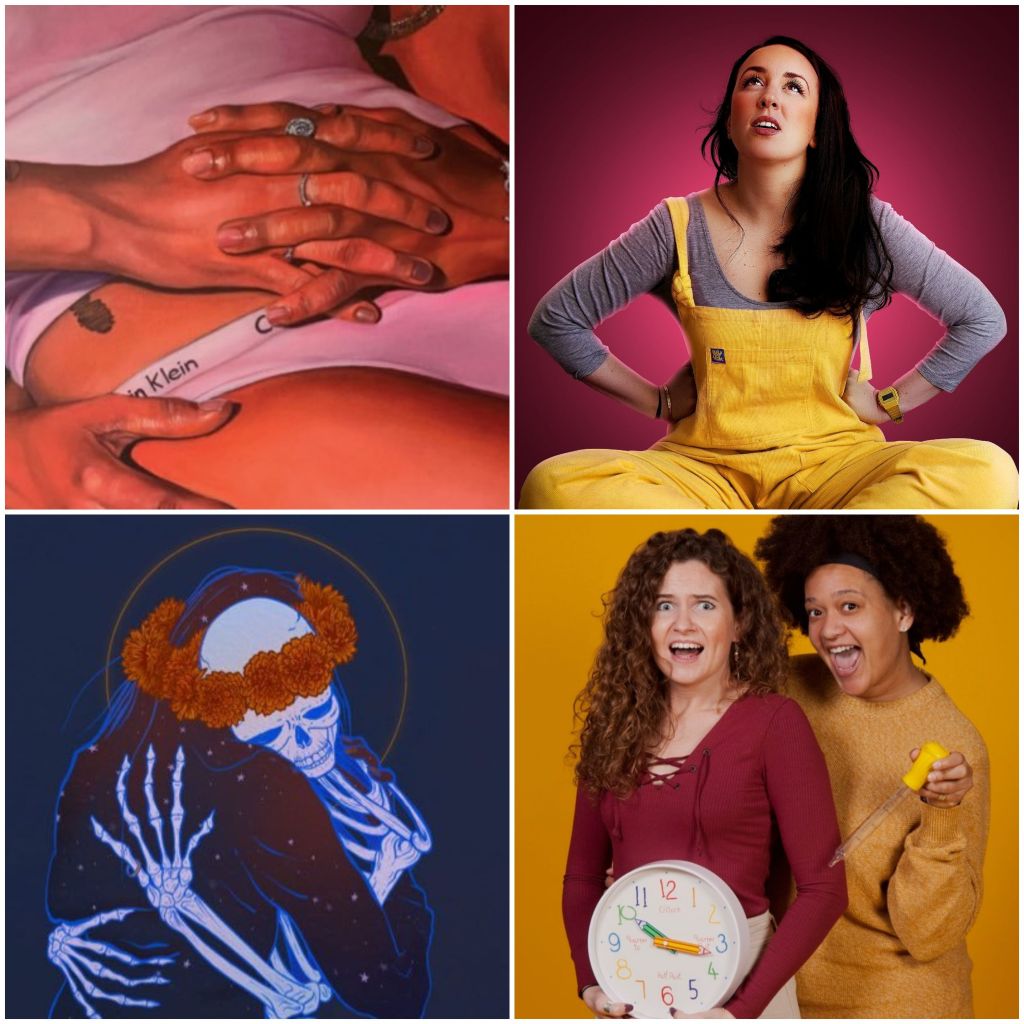 The recent news of the cancellation of the whole Vault Festival 2022 is undoubtedly a big blow to both fringe theatre performers and audiences.

This post is the first in a series highlighting shows and companies who should have played during the eight-week run. Of the 600 shows on offer, I will pick out forty for you to look out for in the future.

First up, Lavender – Holly Fitzpatrick. Described as “a vibrant, outrageous two-handed about growing up queer in a crisis-ridden world”. After positive responses at the Exeter Fringe, this will be on at the Exeter Phoenix and Theatre Royal Plymouth in February. @play_lavender

Next, Who Murdered My Cat? – Roann McCloskey.  Postponed twice at the festival, this is “fearless and inquisitive storytelling about being a mixed heritage, queer woman who grew up in 1990s Wembley”. Currently seeking a new home. @romeister8

Dead Positive – Lights Down Productions, looks at “what goes on behind the curtain if you are a death professional, and where do you go to when you die?” This is Hannah Kennedy’s second full-length play. Currently seeking a new home. @DeadPosPlay

My next pick is Kids – Lynsey Cullen. “A queer female couple’s journey to have a baby, based on comic true life conversations over their 10 year rekationship”. Hoping to come back soon. @KIDS_theplay

Away from straight drama, Earth to Kurt – Volume Club is “a grunge rock’n’ roll comedy musical”. Seen at the Fringe Futures Festival at the Pleasance Theatre last year. @volume_club

You should look out for Hasbian – Beth Watson. This is “an autobiographical comedy about coming out as a lesbian, only to discover BOYS!” Look at what’s going on in the meantime with Queer Diary. @hasbianshow

Watch this space for Villain, Interrupted – Dolls in Amber. In this show you meet Gina, “a therapist working in a prison for super-villains – determined to turn every last one of them into a Hero”. Currently seeking additional support and funding. @dollsinamber

Next, Period Dramas – Heather Milsted. Heather’s “on a mission to push through the menstrual taboo and change they way we think about bleeding”. Currently looking at alternative options. @PeriodDramass

In Cameraman – Jon Barton and Buzz Productions – “a journalist searches for the unknown male, frozen in a photo that marks a terrible event”. Currently looking at alternative options. @CameramanPlay

Watch out for Trade – Maddy Corner and Ella Dorman-Gajic. “An unflinching play exploring morality and power within the European sex trafficking industry”. Next for the writers, a working on creating dramatic worlds. @trade_theplay

In Not Our Play – Say It Again, Sorry?, “you are invited to anonymously write a play. Anything written will be performed live”. This improvisation will rise again @sayitagainsorry

Finally, in The Man Who Thought He Knew Too Much – Voloz Collective, “Chaplin meets Hitchcock meets Spaghetti Western”. You can see this show on tour through February. @VolozCollective