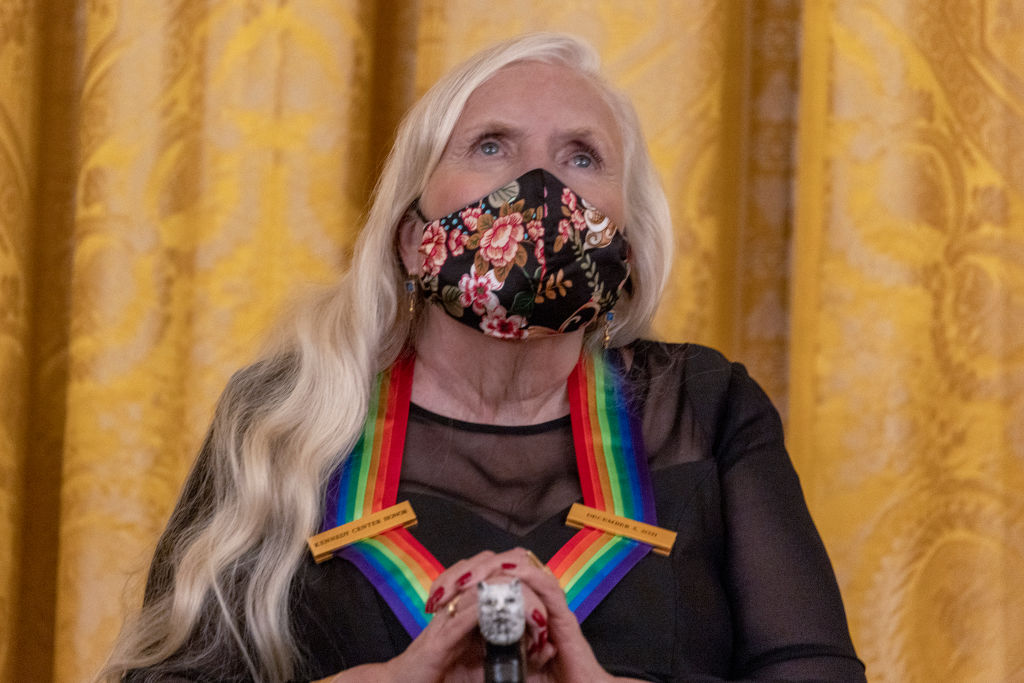 Earlier this month, Joni Mitchell received the Kennedy Center Honors at the Center’s main opera house in Washington, DC. She was honored alongside Bette Midler, Lorne Michaels, Berry Gordy, and Justino Diaz. President Joe Biden and First Lady Jill Biden were there, too, marking the first time a sitting president has attended the ceremony since 2016.

While the event took place in the beginning of December, it wasn’t aired until last night. Now the rest of us can see some of the performances in honor of Mitchell. Norah Jones performed “Help Me,” Ellie Goulding sang “Big Yellow Taxi,” and Brittany Howard sang “Both Sides Now” with Herbie Hancock. Given they were honoring Mitchell around Christmas, there was fittingly a performance of “River,” by Brandi Carlile, though there doesn’t seem to be video of that one available yet.

Check out clips of Jones, Goulding, and Howard singing Mitchell’s songs below.

"We love our lovin'. But not like we love our freedom" 🎶

The lovely @NorahJones honors @jonimitchell by performing Joni's classic "Help Me" at the #KCHonors. pic.twitter.com/2LYAZB71wD