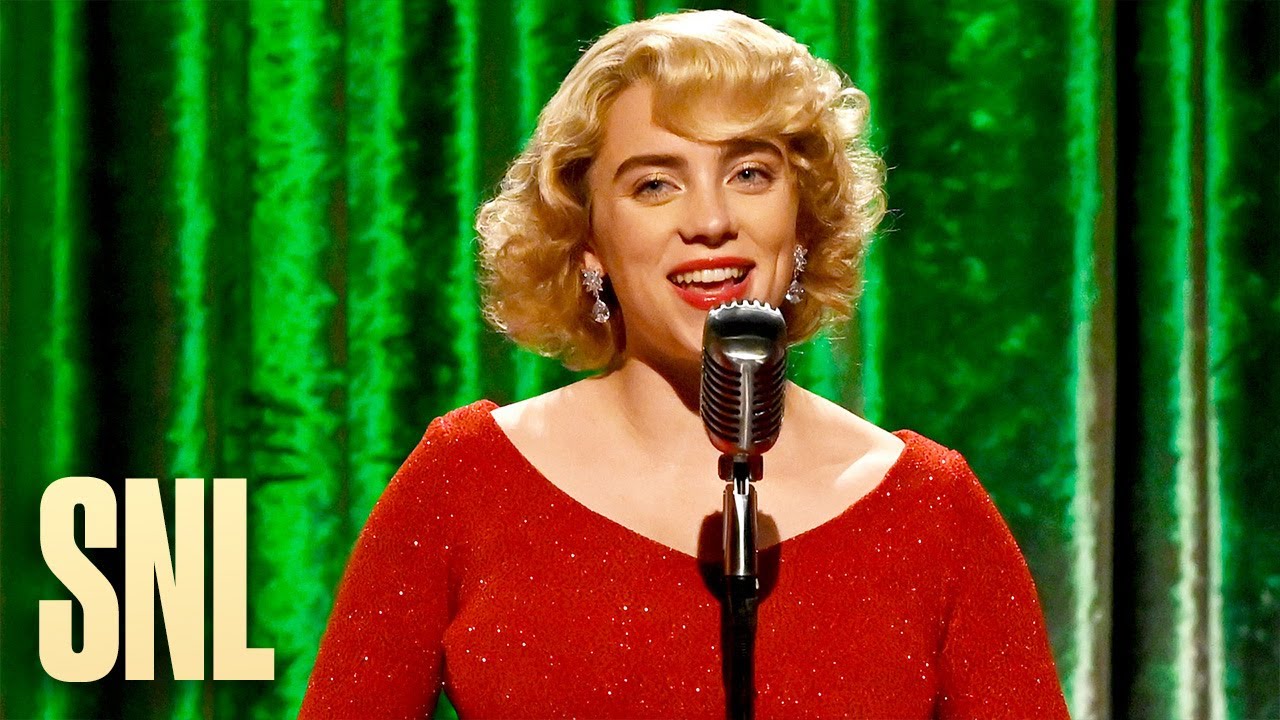 Billie Eilish pulled double duty on Saturday Night Live this weekend, hosting for the first time and performing for the second. Performance-wise, she did two tracks from her sophomore album Happier Than Ever, the title track and “Male Fantasy,” which just got an Eilish-directed music video last week. For one of her performances, she was introduced by her parents; her brother Finneas O’Connell also performed alongside her.

As host, Eilish made fun of the dress she was wearing and talked about coming from an entertainment family in her opening monologue. She also, of course, appeared in a bunch of sketches. In one sketch inspired by this viral video she played a Christmas pageant director for a hip-hop Nativity scene. In another, she was a nurse on TikTok. She appeared alongside Ego Nwodim and Kate McKinnon in a song about a weird interaction with Santa. Finneas made appearances in a hotel commercial and in the TikTok sketch. And one of the sketches, “Christmas Cards,” had a cameo from Miley Cyrus.