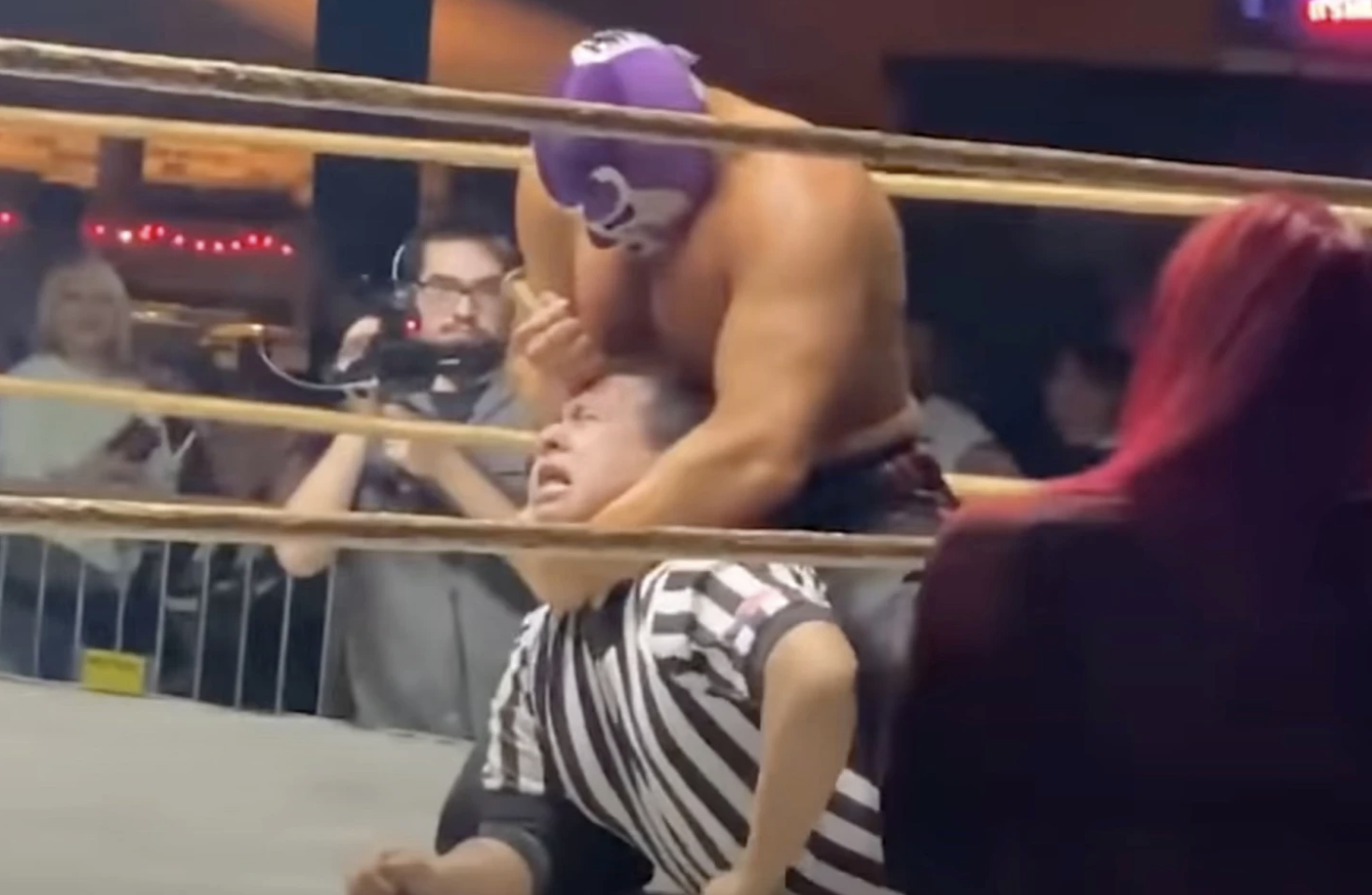 A referee is in the hospital recovering from injuries after a wrestler stabbed him with a spike after a match.

During a wrestling match between Devon Nicholson and former WWE star Carlito, video footage was captured Nicholson gruesomely stabbing into a referee’s head after being named the winner.

The referee’s name is Lando Deltoro, and he took to Twitter following the event to detail the wild moment. He also mentioned that the incident led him to need hospital care. On Sunday, Deltoro tweeted that he was recovering at home and was still feeling a lot of pain, The New York Post reports.

“Recovering at home, still a big fuzzy and pain, yes lots of pain. But I’ll live. Thanks you all for out pouring of love and support . I am a firm believer that if you put good out into the world, good will return to you #downbutnotout,” the ref tweeted. While posting, Deltoro also shared several graphic photos from the night, including his bloodied ref shirt, which he referred to as slightly used.

“That referee was hired because he was a bleeder. He did not referee any other matches on the card,” he said. “His sole purpose of why he was hired was to bleed… I was given a prop to create the weapon effect in the match. The prop was given to me by the World Class Pro Wrestling office, and it was given to me in the ring… This referee was supposed to bleed from razor blade cuts, which I assume he actually cut himself with the razor blades.”

He added that he spoke to the ref himself. “I talked to the guy the next day. He said that we were cool. He knows that I didn’t mean to hurt him. I did apologize to him. If he told me he was getting hurt, I would’ve stopped.”

Deltoro said that it was difficult to speak up about the pain he was feeling at the time of the match. “I had heard that I could have said ‘stop’ at anytime. I just wanted to say that’s it’s very hard to talk when there is a 300lbs man’s knee on your back and then being put in a choke hold while being stabbed repeatedly in the head with an iron spike, passed out shortly after.”

World Class Pro Wrestling owner Jerry Bostic disapproved of Nicholson’s actions. “World Class moving forward will not be associated with Devon Nicholson,” he said in a clip obtained by TMZ. “I cannot and will not condone what happened last night.”

Recovering at home, still a big fuzzy and pain, yes lots of pain. But I’ll live. Thanks you all for out pouring of love and support .
I am a firm believer that if you put good out into the world, good will return to you #downbutnotout pic.twitter.com/0bE71rWbtP