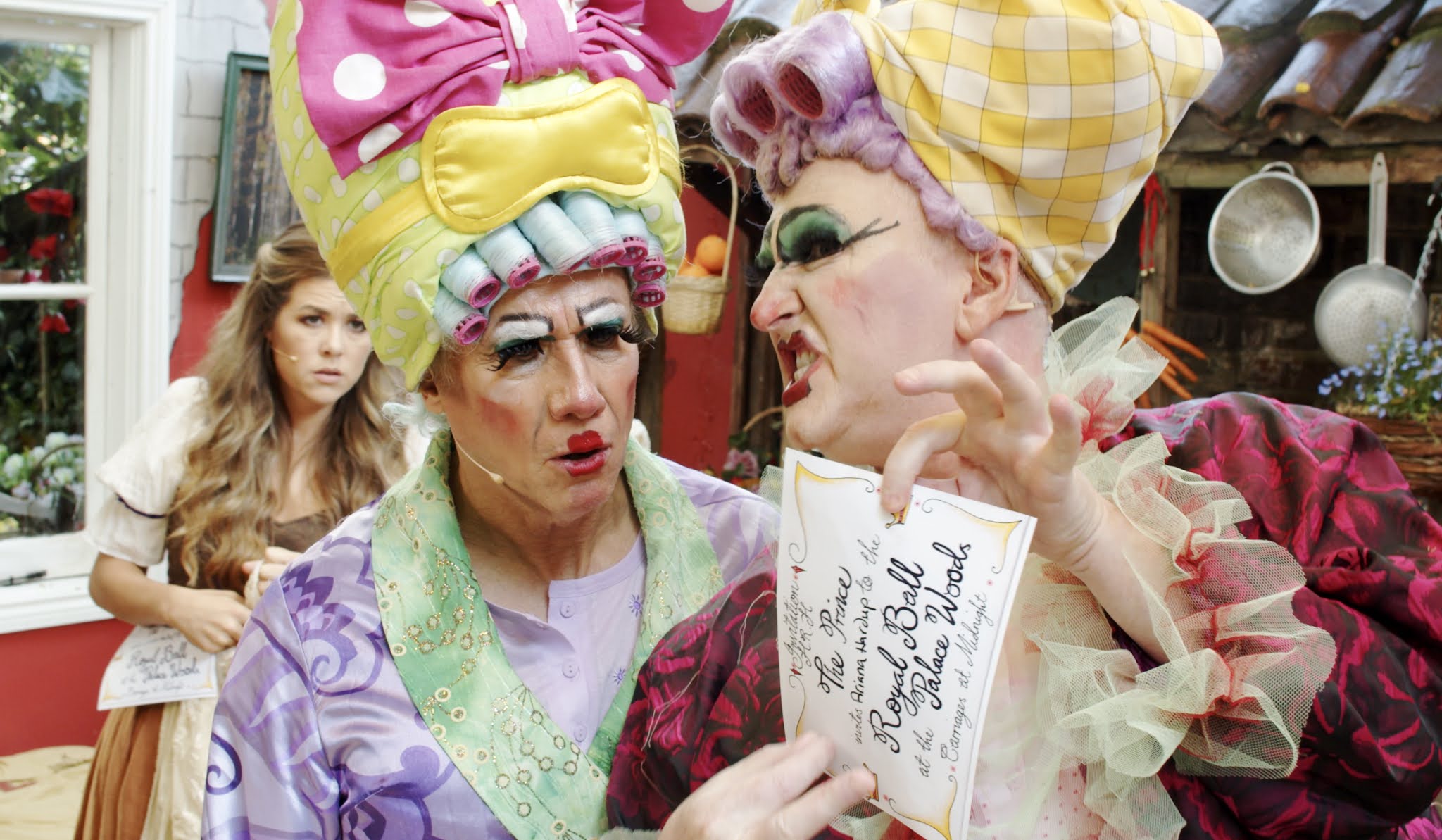 Peter Duncan last year boldly led the way with his streamed Pantomime, Jack and the Beanstalk, filmed largely in his back garden and created an entertaining film that brought joy and laughter into family homes that Christmas with an energetic and enthusiastic cast. This year he has returned with a bigger budget, location shooting and higher production values in his version of Cinderella for streamed and theatrical cinema release. Some of the comedy and spontaneity has been lost in the process but nevertheless, the result is a polished and good-looking version of this classic Pantomime story.

Written and directed by Peter Duncan a much-loved Children’s entertainer from his days on Blue Peter in the eighties and period as Chief Scout as well as directing many pantomimes on stage. More recently he was in The Dame on stage written by his daughter Katie so there was plenty of experience to draw on in creating this film version. They stick to the traditional story with Baron Hardup, two ugly stepdaughters, Buttons in love with Cinders and the standard pumpkin transformation scene and slipper trying on scene. The interiors of Hardup Hall look wonderful (set & props design by Lyndon Harrison), capturing the spirit of the stage version on sets which looked like they had painted the interior of his own London house! The arrival at the Palace in horse and carriage was given the full film treatment that could not be done on stage. Interestingly the Ballroom scene is moved to the woodlands for an outdoor festival which gives it a magical feel although makes it look more like Into the Woods or Alice in Wonderland especially with the circus acts and young ensemble dressed as cute animals. 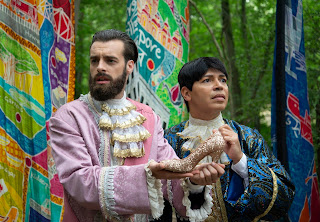 Peter Duncan appears as Billie Eyelash opposite Adam Price’s Ariane Shande, making a very good double act of bullying Ugly Sisters with some fabulous costumes and wigs (by wardrobe master/Costume Makes David Morgan). They replace the traditional engagement with the live audience with repeated close-ups peering down the camera lens which looks good but lacks the comedic value of the usual banter. Baron Hardup is played by Ian Talbot (who co-directs) in a ludicrous wig with Henry Roadnight playing a lively Buttons. The pantomime business falls to this group and although well-staged, the lack of a live audience again inhibits the comic effect. The soldier drill with brooms came across as lame when it can be hilarious live, but the wallpapering and decorating sketch worked very well freed from the limitations of the stage. Hardup reminded me of Jack Douglas while Buttons looked like Freddie “Parrot face” Davies, two comedy greats, and there was plenty of slosh splashed around.

Sam Ebenezer is the Prince Charming (“may be charming but not sincere!”) with Dandini played by Miguel Angel (who also does the choreography), causing confusion with Cinderella played by Lucy Jane-Quinlan. The show has a modern twist with an extensive prenuptial agreement and the best topical gag of the show as she muses “Royalty nowadays is so easily offended”!

Sarah Moss makes a delightful Fairy Godmother surrounded by the woodland creatures and the sequence with Buttons cheering up Cinders before the Fairy Godmother arrives and then the transformation by her benefits from the edit and CGI to enhance the classic scene. 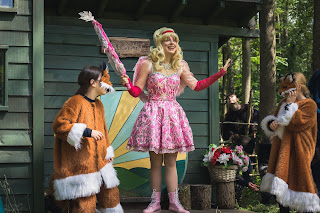 Another decision was to use their own music written for the film under Musical Director Colin Cattle with original songs by Lucy Duncan/Robbie Defacto, Peter Duncan, and Henry Roadnight and the Music Editor Stu Reid. They were all pleasant tunes but lack the recognition of familiar hits which are an essential part of modern Pantomime. Only the song sheet with its chorus of “Huddle up and do a roly-poly and make that change to change that view” has a hook and a message that makes a lasting impact.

Credit to Director of Photography/Film Editor Luke Roberts and Sound Editor Dave Aston for creating a visually attractive end product with good clear sound that is entertaining and amusing without the real peaks of comedy and audience interaction of a live show. It will entertain schools, Scouts & Guide groups, community groups and care homes who otherwise may not get to a live show this year and it will be very interesting to see how it translates to the big screen in the cinema.