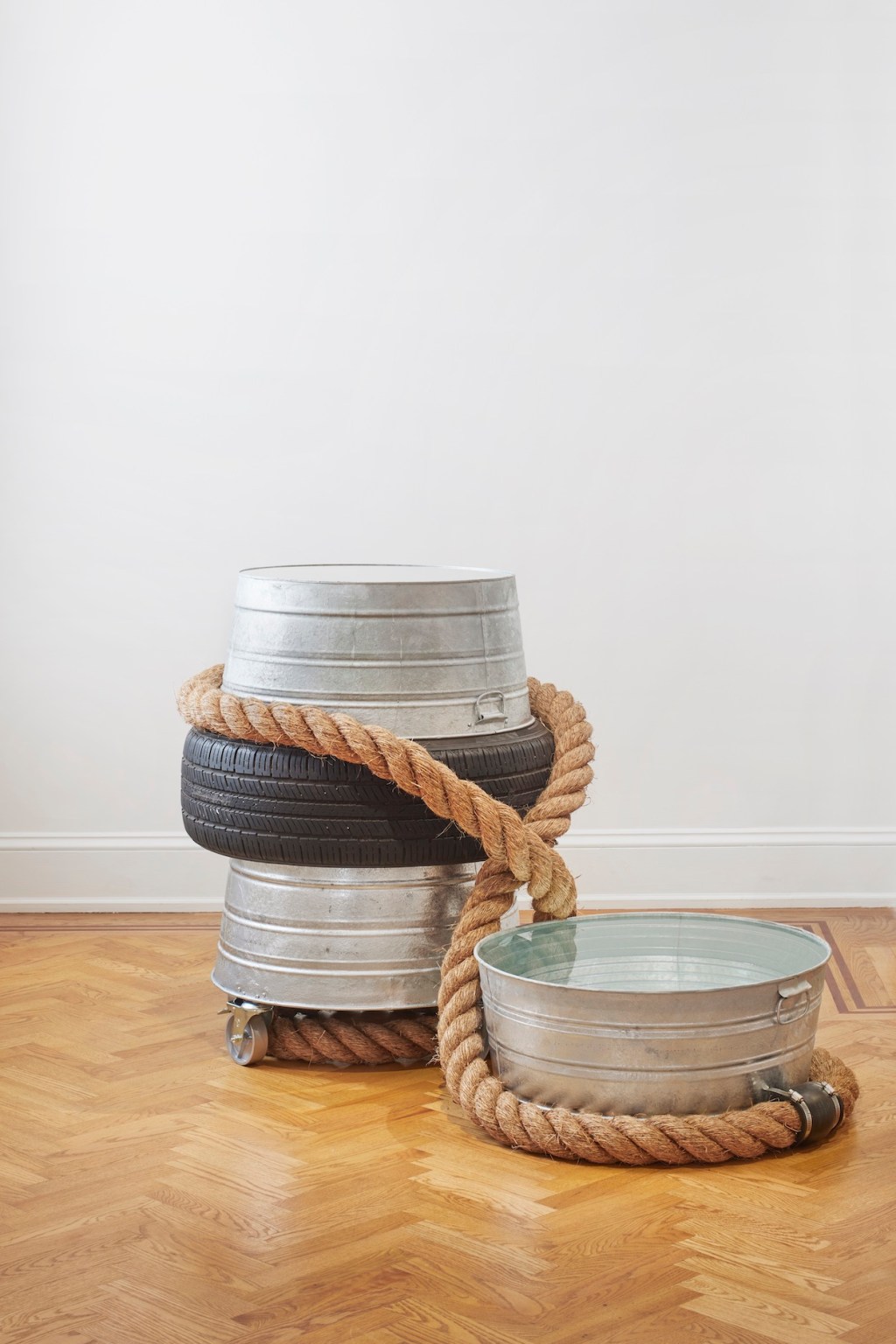 Rockburne, 89, has long used relief elements in her paintings, works on paper, and constructions. Her installations of the late 1960s and early 1970s sometimes encompassed large sheets of material that would lean against the wall or lie on the floor adjoining the wall. But this is the first time she has shown freestanding sculptures. Interchange (2021) is an assemblage consisting of a car tire sandwiched between two stacked, inverted galvanized steel basins (thirty inches in diameter). Placed on the floor abutting this humble totem, an identical steel bucket with a round mirror on the bottom has been filled with water, suggesting a bath or an apple-bobbing basin. A thick rope neatly embraces the three basins in a trefoil knot formation as an unbroken line, rather like a Möbius strip.

In the introduction to the show’s catalogue, Rockburne intimates that such galvanized buckets evoke childhood memories and have been fixtures in her studio for practical purposes. The trefoil knot stems from the artist’s lifelong exploration of mathematical systems and geometry, topology in particular. In that regard, Interchange corresponds to several wall reliefs in the exhibition, titled Trefoil, in which trios of circular forms in thin copper wire are set against rectangles to establish a rhythmic spatial dynamic corresponding to that of the rope in the sculpture. But the altar-like totem achieves a sense of homespun reverie—a soulful fusion of the esoteric and the mundane. Rockburne seems to have advanced her art toward a novel realm of understated inscrutability, as well as another dimension.