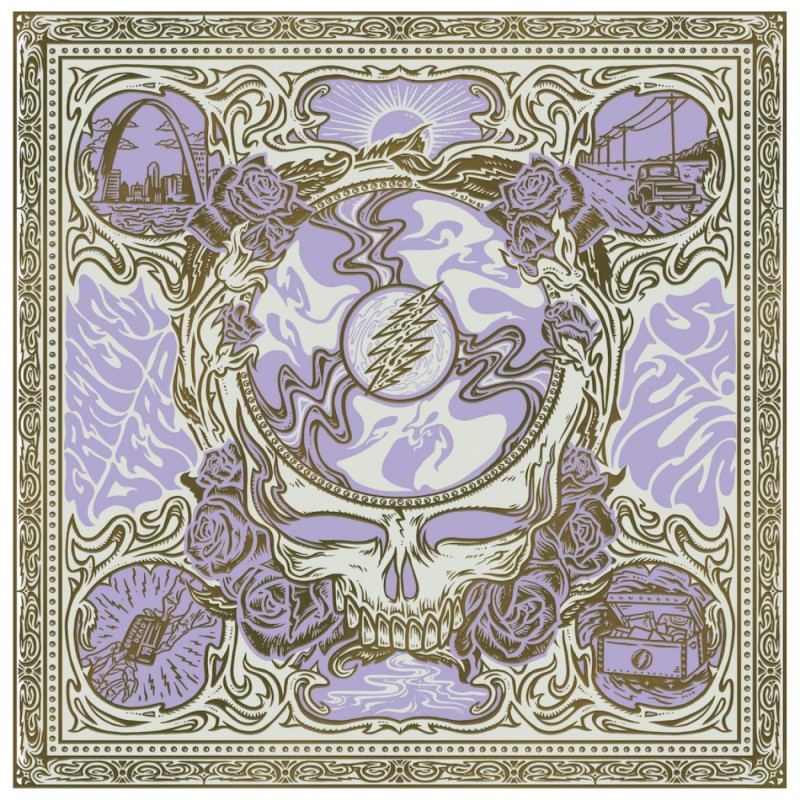 Grateful Dead’s bond with St. Louis stretches back to their first show there in 1968, when they debuted “St. Stephen.” The 20-CD boxed set Listen to the River: St. Louis ’71, ’72, ’73 provides a unique structure that offers an evolutionary framework for listeners to follow and assess the band’s changes through its seven previously unreleased concerts.

In the early ’70s, the Dead focused on a few geographical areas each year for short tours, and Listen tracks their connection with St. Louis. The set focuses on shows performed between 1971-1973, which was a transitional period for the band. For the two ’71 shows, from the Fox Theatre, both include the original lineup of Jerry Garcia, Bill Kreutzmann, Phil Lesh, Ron “Pigpen” McKernan, and Bob Weir, along with new member Keith Godchaux on piano (with second drummer Mickey Hart having left earlier that year, to return in 1974). By the time of the three ’72 Fox Theatre shows included here, Pigpen was no longer in the band, and when the Dead rolled back into St. Louis in ’73 they appeared at the larger Kiel Auditorium. The set contains two Kiel shows, when the band was touring in support of Wake of the Flood.

Before their 12/9/71 show gets started, Lesh urges the crowd to be good patrons of the Fox Theatre, “Seeing as how this is the only place we like to play around here, and if we can’t come back here to this theater, we won’t come back to this town, which means you’ll have to go to Kiel Auditorium and listen to Grand Funk Railroad. So, consider it.”

As this set proves, they did indeed return. With Keith Godchaux’s piano adding plenty of color, the ’71 and ’72 setlists draw from their 1970 albums Workingman’s Dead and American Beauty, with the Fox ’72 sets also adding key songs such as “Bird Song,” “Sugaree,” and “Deal” from Garcia’s first solo album, which was released that year. With Keith’s wife Donna Jean Godchaux joining the band as a vocalist in ’72, the set presents formative performances by the band’s lineup that would last through most of the rest of the decade, ushering in Wake of the Flood material such as “Row Jimmy” and “Eyes of the World” for the ’73 audiences. And as the ’73 sets show, Grand Funk would have to make room at Kiel Auditorium for Grateful Dead. (www.dead.net)