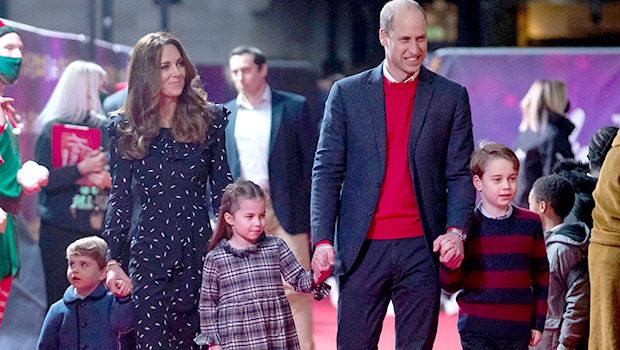 A royal dispute! Prince William dishes on how his two eldest children go at it during breakfast time at the family home.

Prince William has his hands full to start off each day, as he said he has to play peacemaker between Prince George, 8, and kid sister Princess Charlotte, 6. The 39-year-old future king of England went into hilarious detail about how the royal family, including Kate Middleton, 39, and Prince Louis, 3, have a dance party morning ritual, which ends up causing the eldest siblings to argue.

“Most mornings there’s a massive fight between Charlotte and George as to what song is played in the morning,” William explained on a special Christmas episode of Apple Fitness+’s Time to Walk series. “And I have to, now, basically prioritize that one day someone does this one, and another day it’s someone else’s turn. So George gets his go, then Charlotte gets her go. Such is the clamor for the music.” 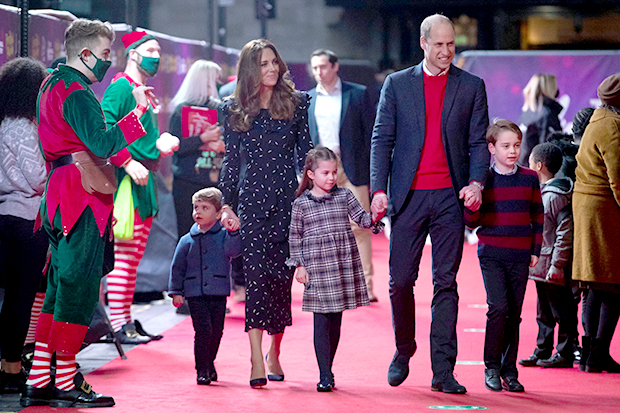 “One of the songs that the children are loving at the moment is Shakira’s ‘Waka Waka,’ ” William continued. “There’s a lot of hip movements going along. There’s a lot of dressing up.” It sounds like little Charlotte makes the most of the early a.m. festivity. “Charlotte, particularly, is running around the kitchen in her dresses and ballet stuff and everything,” added the proud papa. “She goes completely crazy with Louis following her around trying to do the same thing. It’s a really happy moment where the children just enjoy dancing, messing around, and, and singing.” 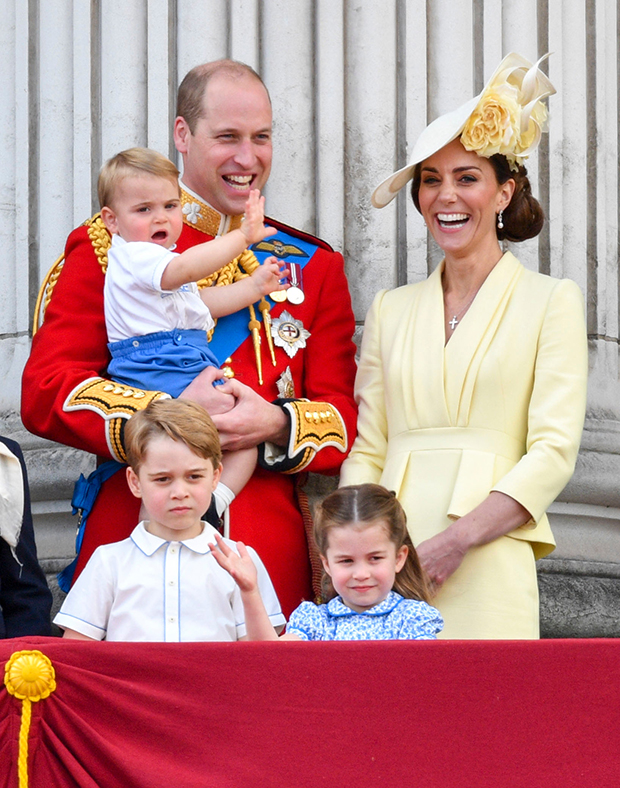 The royal parents seemed to be enjoying themselves at this event, but the kids appeared to feel a little differently. (Tim Rooke/Shutterstock)

Another song on regular rotation for the dance party is Tina Turner’s “The Best”, which holds a special place in Williams heart, as he revealed his late mother, Princess Diana, would play the song for him and his brother Prince Harry when she dropped them off at school. “You’d be singing and listening to the music right the way out into the gates of school, when they dropped you off. And, and that’s when reality kind of sunk in that you really were going back to school because before that, you’re lost in songs,” he recalled. “You’ll want to play it again just to keep that family moment going.”