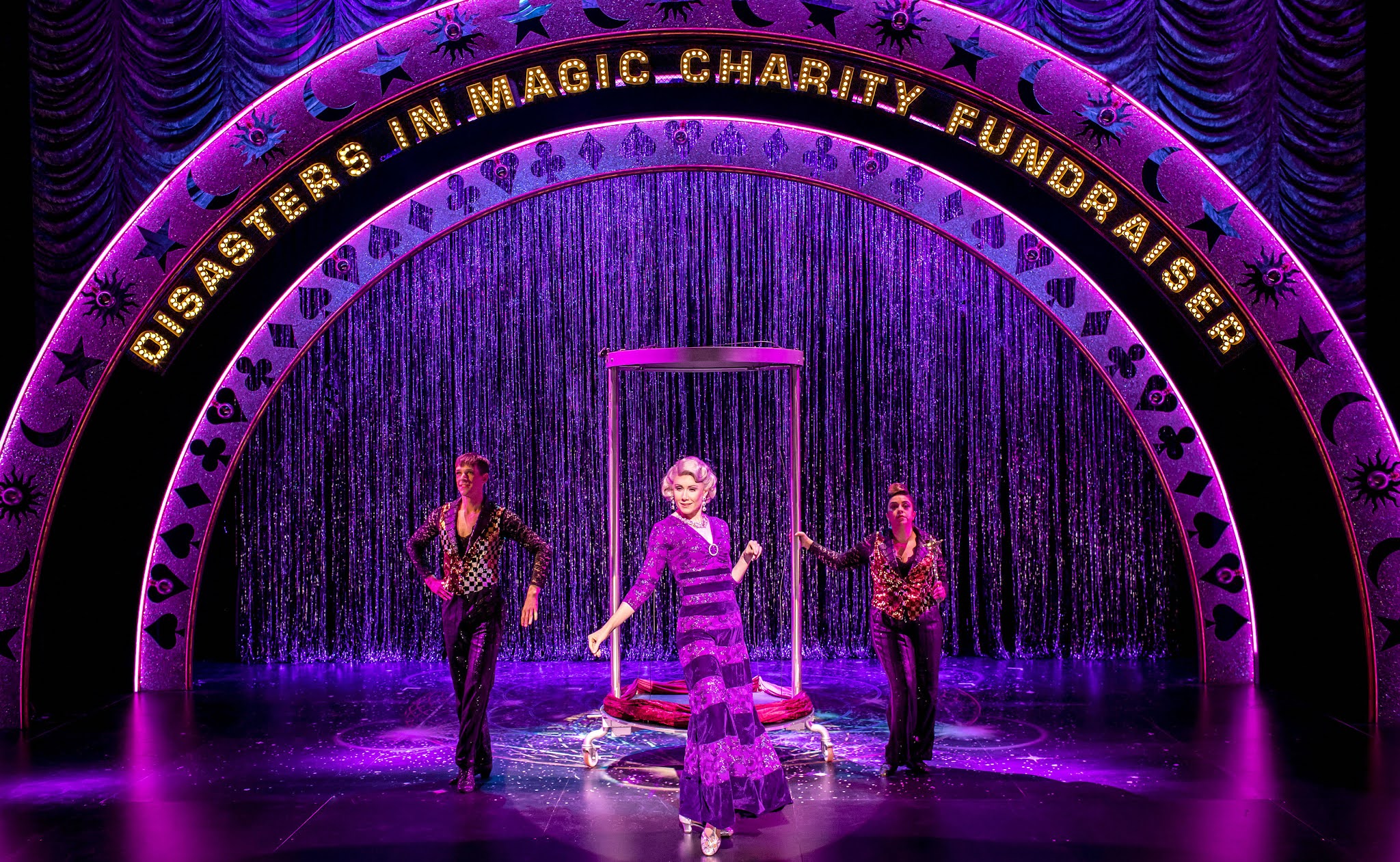 As if by magic, the West End is back and better than ever!

Having previously seen both The Play That Goes Wrong and The Comedy About a Bank Robbery, I was familiar with the work of Mischief Theatre. However, I was extremely intrigued to see how they would integrate and combine the use of magic with comedy. It’s safe to say that curiosity rapidly turned into spellbound laughter and awe, as these professional powerhouses blew the roof off the Apollo Theatre.

Whenever I return to see a Mischief Theatre production, it feels like I am returning to visit an old, trusted friend. There’s something about their shows that feels oddly familiar and inviting until the hilarity and carnage unfolds before your eyes, and you are left gasping for breath from laughter, and you are left clueless as to what surprise or trick they will put out of their (wizards) hat next! They truly are pioneers of comedy and are constantly ahead of the game with their ideas, comic relief, and wit.

Credit must be given to casting directors Lucy Jenkins CDG & Sooki Mcshane CDG for this show, displaying a truly diverse cast that celebrates the full breadth of our industry. Being a member of the LGBTQIA+ community myself that is still exploring their gender identity, I particularly appreciated and resonated with the addition of optional pronouns within the programmes, and the inclusion of a non-binary character, played by a non-binary identifying person. (Mel, played by the wonderfully talented Scott Hunter). 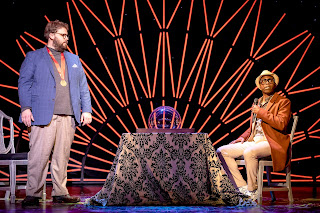 As a viewer you simply feel safe with this cast, knowing that every punchline will be delivered with ease, fluidity, and effortlessness. When this is combined with the ability to bounce off audience adlibs and interactions throughout, it takes their skill and pure organic talent for humour to a whole other level.

The cast was led triumphantly by Shane David-Joseph as Sophisticato, who delivered a heart-warming and hilarious performance, although I am unsure whether the doves would agree! As the Mind Mangler, Henry Lewis had the audience in stitches with his off the cuff volleying with audience members. Credit must also be given to The Blade, played by Kazeem Tosin-Amore, who had the audience in his (albeit extremely bloody) palm throughout, waiting eagerly to find out what mishap he would have next. Equally, Peg (Louise Beresford), Madame Escapade (Jane Milligan), Eugenia (Genevieve Nicole), Mickey (Sydney K Smith), and Martina (Nancy Zamit) each packed of punch with their unique acts, and wand-erfully delivered one-liners. 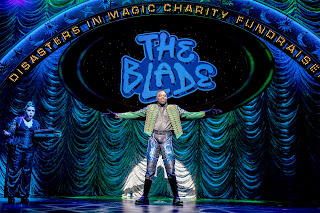 Perhaps my favourite thing about Mischief Theatre, however, is their ability to constantly leave you expecting the unexpected. Whether it’s the glistening, pristinely finished costume designs by Roberto Surace, or the bewilderment of never finding out how The Blade held his breath underwater for over five minutes, this show is a pure feast for the imagination.

They have the perfect recipe to appeal to and entertain any member of the public. I think you would be hard-pressed to find someone who didn’t smile at least once throughout a Mischief Comedy production. If you are looking to escape the challenges of reality for a few hours, then rush to buy a ticket for this show. Treat yourself to an evening of truly joyous tomfoolery and talent; I can assure you; you won’t regret this magical treat!