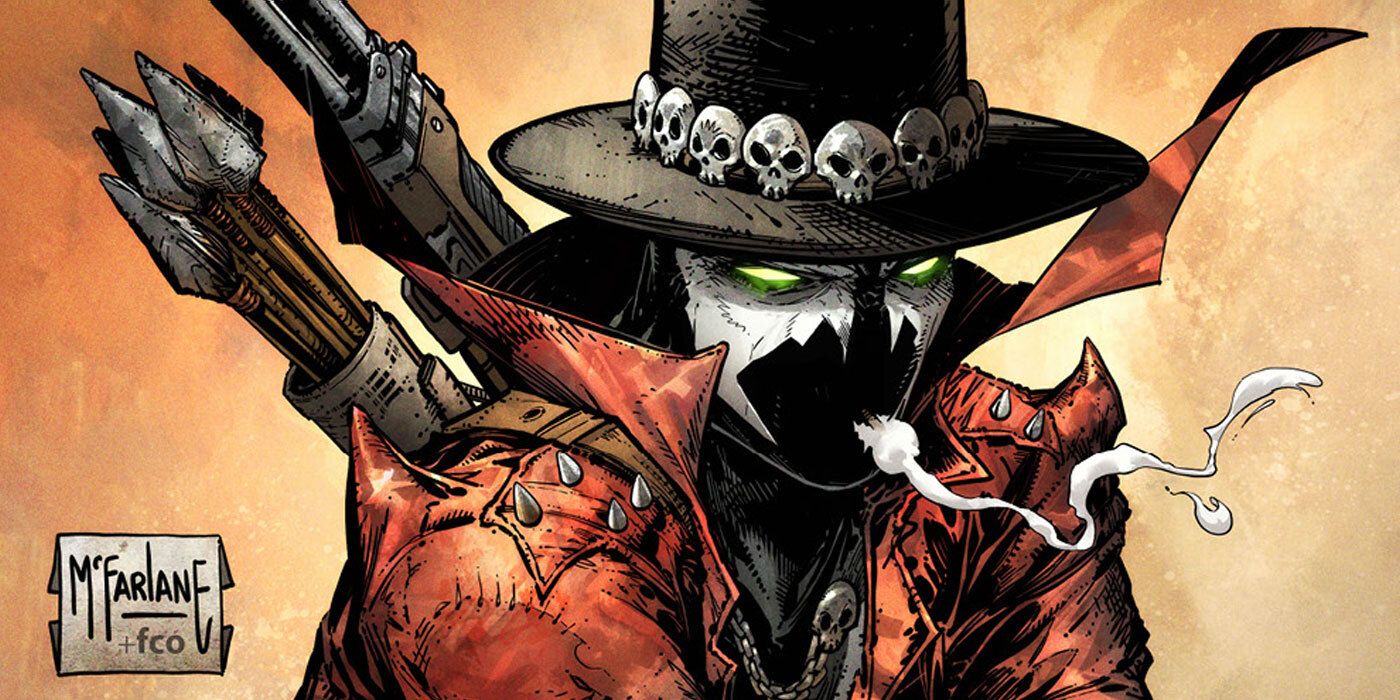 And so we reach the end of the first week of the all-new look for The Comics Journal’s online home.

Sadly, the new look for This Week’s Links, a regular selection of which can be found below, that saw the feature pivoting to exclusively covering the world of Funko Pops™ (tentatively titled Top of the Funko Pops™), tested so poorly with focus groups that we shall never speak of it again.

• Continuing a summer of chaos in the world of comics retail, IDW Publishing have announced that they will be entering into an exclusive distribution agreement with Penguin Random House Publisher Services, with former distribution partner Diamond now acting as a wholesaler for IDW’s Direct Market publications. PRH’s acquisition of Simon & Schuster, which would bring a significant chunk of comics distribution under one roof, is still undergoing regulatory review in the US, with parent corporation Bertelsmann reporting fluctuating sales figures across the market.

• The Society of Illustrators have announced the inductees for 2021’s Hall of Fame, recognising artists “for their distinguished achievement in the art of illustration”, with Dale Messick and Floyd Norman joining the roster from the world of comics.

• Koyama Provides announced the latest recipient of their grant scheme, awarding $1,500 to Carta Monir, which will “support Carta, Li Chen, Gerald Flynt, and Rachel Hayes in their search for a new studio.”

• The moebius strip of comics industry personnel  changes loops once more, as Dark Horse Comics announced that Freddye Miller has been promoted to Managing Editor, while BOOM! Studios have revealed that Jennifer Harned is the publisher’s new Chief Financial Officer. Eventually I will get around to designing a comics industry fantasy league drafting app, and will retire to a sunny beach on my earnings from the associated advertising revenue.

“U is for Unity” – watercolour and acryla gouache
Another piece from The Mouse Guard Alphabet Book pic.twitter.com/QViw9hyKJs

• Derik Badman reviews the wonderful roving of Oliver East’s Blocks – “Swirling between representational and abstract, specific objects or items appear amongst the lines, often to generate context and pull together the whole into a scene. No matter how abstract it gets you can always pick out a fence post, a window, some foliage, a roofline, some graffiti; something that anchors the rest of the lines, forming the streets of Manchester.”

• Helen Chazan reviews the hyperpersonal vividity of A.B.O. Comix: A Queer Prisoner’s Anthology Volume 4, edited by Casper Cendre –  “There has not been an anthology in recent memory as aesthetically diverse, politically cogent and firmly rooted in contemporary counterculture as A.B.O. Comix 4. It’s an anthology that demands to be read, an ideal and a cause that demands support. As readers of comics, we frequently talk amongst ourselves about what comics ought to be. If the medium has any sort of power whatsoever, it will be the power to liberate the artists whose words and pictures reach us in the pages of A.B.O. Comix.”

• Alex Cline has reviews of:

– The nuanced emotions of Damian Alexander’s Other Boys.

– The charming qualities of Yu Machio’s We’re On Our Own From Here.

– The generic tone of Sachimo’s Black or White Volume 1.

Andy Oliver has reviews of:

– The powerful eloquence of Jamila Rowser and Trinidad Escobar’s Ode to Keisha.

– The stunning passion of Kamila Król aka Pigeon’s Rusalka, Part 1.

Ryan C reviews the stumbling grandeur of Barry Windsor-Smith’s Monsters; and the disposable cynicism of Bastien Vivès’ The Butchery, translated by Jena Allen.

The Los Angeles Review of Books

– The nostalgic noir of Ed Brubaker and Sean Phillips’ Destroy All Monsters.

– The unforgettable empathy of Keum Suk Gendry-Kim’s The Waiting.

Have capsule reviews of:

– The rich satire of Eric Orner’s Smahtguy: The Life and Times of Barney Frank.

– The striking connections of Mohammad Sabaaneh’s Power Born of Dreams: My Story is Palestine.

– The passionate narrative of Joe Lee’s Forgiveness: The Story of Eva Kor, Survivor of the Auschwitz Twin Experiments.

Always be closing… This week’s interviews.

• Avery Kaplan interviews Sophie Escabasse about Witches of Brooklyn: What the Hex?!, favourite characters, what makes a witch, and the power of words; and Jaimal Yogis and Vivian Truong about City of Dragons: The Awakening Storm, personal connections with fantasy creatures, inspirations from fictional martial arts masters, and creating mythologies from scratch.

Andy Oliver talks to the team at Europe Comics about how the publishing venture came about, making inroads into the world of webtoons, and building comic event databases; and with Tom Murphy and Jane Gibbens Murphy about Colossive Press, the London small press scene, street art, family legacies, and creative possibilities.

Ryan C speaks with Austin English about Domino Books, the bad business of trash comics, market hostility to challenging personal works, and bringing people into the choir to preach at them.

Shaenon Garrity talks to Rutu Modan about Tunnels, the adventure of archaeology, the history wrapped up in the Bible, and making people laugh.

Alex Dueben speaks with NireLeet about ‘Not Alone’ a story in the Decoded anthology, visual thinking, relatability of personal experiences, and the endeavour of world-building.

Matthew Jackson talks to Jed MacKay about The Death of Doctor Strange, running with decades old ideas, magical shockwaves, and fudging a timeline.

Wendy Browne interviews Jamila Rowser about Ode To Keisha, choosing a collaborator to illustrate a singularly personal story, and experiences that inspired it.

Getting to the heart of the matter… This week’s features and longreads.

• Here at TCJ, Jon Holt and Teppei Fukuda present a translation of an essay by Professor Natsume Fusanosuke on the work of Matsumoto Taiyō, and dispelling one’s preconceptions on works that don’t immediately hold to a preferred style, as deconstructionism becomes de rigeur across media  – “From 1997 on, both units sold and sales numbers continued to drop with each successive year, and that continues even now. What we can say is that the name of Matsumoto Taiyō becomes known as a symbol for a new artistic force in the realm of young men’s manga in the period that “shōnen manga” began to finally slip and fall from its dominating position. Perhaps the time before that period is what future generations will regard as the “apogee” of postwar manga: the 1980s, or, the period from the 1970s through the end of the 1990s.”

• Also for TCJ, Alex Grand documents the relationship between the Steve Ditko estate and comics fandom, spotlighting the work of Ditko’s nephew Mark, and  recounting a visit to this year’s Hometown Heroes – Steve Ditko Exhibit and Ditko 2021 Mini-Con at the Bottle Works in Johnstown, Pennsylvania  – “So, should the Ditko estate reprint Mr. A. and also use the proceeds to promote their uncle’s memory? One hopes that this is the current plan. The alternatives are to not do anything and let the work vanish from popular culture, or to eventually release the artwork as public domain. Both of these options are terrible, because in one scenario we would see a unique artist and creator eventually be forgotten, and in the other, every rabid comic fan would be reprinting the material for a quick dollar.”

• Relevant to the above entry, CBR have details of Steve Ditko’s brother, Patrick, having filed notices of termination for the copyright of both Spider-Man and Doctor Strange, reliant on the distinction between transfer of copyright for original materials and creative endeavors completed under work-for-hire.

• Over at The Beat, as the the comics industry teeters on the brink of sizeable changes to the established status quo, with decades-long distribution partnerships coming to an end, Brian Hibbs presents a new edition of Tilting at Windmills, surveying the foundational cracks becoming more and more apparent in the Direct Market.

• Also for The Beat, with another view from the retail perspective, Brandon Schatz & Danica LeBlanc usher in the beginning of the Indirect Market, celebrating the highs, and lows, of what may be the swan song for the semi-venerable institution of the Direct Market.

• Meanwhile, for Multiversity Comics, Drew Bradley looks back at how the comics industry was faring in 1991, as the first tremors of the industry’s last big shake-up started to be felt.

• For Polygon, as the 10th anniversary of DC’s New 52 came and went, Graeme McMillan presents an oral history of the line’s launch, and the chaos experienced behind the scenes borne of an attempt at line-wide cohesion, from those willing to go on the record.

• For Publisher’s Weekly, looking at a comics hook that has been a resounding market success, Brigid Alverson charts the growing number of graphic novel adaptations of books aimed at younger readers.

• For NeoText, as part of the A Life In Crime series, Max Allan Collins recounts experiences in the world of crime comics, and collaboration with Terry Beaty on Eclipse Comics’ Ms. Tree, a title which would later go on to find a home at DC.

• Over at Sequart, Michael Hoskin has an essay on the portrayal of the relationship between Black Americans and Black Africans within the pages of Black Panther, and the legacy of colonialism to be found in such media.

• Fleen catches up with European correspondent, Pierre Lebeaupin, for a recap of what the last 6 months on the continent has wrought, with stories of tax evasion, conspiracy theories, and emigrations.

• Mike Peterson rounds up the editorial beat once more, for The Daily Cartoonist, as the powers of a Commander-in-Chief were contemplated, legal actions against alleged predators remained a mixed bag, the powers of the Chief of Staff of the US Army were considered, tax collectors came calling, and the situation in Afghanistan remains in flux.

• From the world of open-access academia, Kieron Brown writes for Eludamos: The Journal for Computer Game Culture on playfulness in Lynda Barry’s What It Is, and the subversion of conventions found therein; Jaqueline Berndt has a feature for Transcommunication on the visual interplay between Kimetsu no Yaiba’s (aka Demon Slayer’s) manga and anime forms; and Hyungsoon Jang and Hyunju Park provide mathematical proof for the Journal of the Korean Society of School Health that otaku students are happier than their non-otaku counterparts.

• Videos of events from last weekend’s virtual edition of the Small Press Expo are now up online for your viewing pleasure, including an archive recording of a performance of Büer’s Kiss, made during the show’s debut in 2018 at Pittsburgh’s New Hazlett Theater.

• Looking ahead to virtual festivals of the future, and next week sees the arrival of this year’s hybrid iteration of Cartoon Crossroads Columbus, with a full schedule of in-person and online events, available here.

• Mangasplaining returned with a variation on the format this week, as David Brothers took the team on a tour through the work of Tsutomu Nihei with a focus on new series APOSIMZ!, along with a sponsored look at Rumiko Takahashi’s Mao Volume 1.

• Strip Panel Naked returned, as this week Hassan Otsmane-Elhaou put the spotlight on a stylistic pivot point found in Will McPhail’s graphic novel, In.

• Back to some triple-header Cartoonist Kayfabing, as Jim Rugg, Ed Piskor, and Tom Scioli bent the spines on copies of Katsuhiro Otomo’s Posters x Graphic Design, the letterer variants of Savage Dragon #260, Bill Schelly’s Fandom’s Finest Comics, Volumes 1 & 2, and Geof Darrow’s The Shaolin Cowboy, before Piskor and Rugg sat down for some deep process chat with Living Legend Brian Bolland.

• Dan Berry invited Lyndon White to Make It Then Tell Everybody this week, as they spoke about teaching, crowdfunding platforms, and artistic evolutions.

• David Harper welcomed Terry Dodson to Off Panel this week, as they chatted about Adventureman, publishing schedules, the year 2020 AD, and the art of coloring comics.

That’s it for this week, back soon with more.

Why do we fall, Master Bruce? Why, because of gravity, Alfred. Laughter, credits, curtain.

work when the kids are asleep. pic.twitter.com/POtaIVbsRt