In the Palm of Your Hand 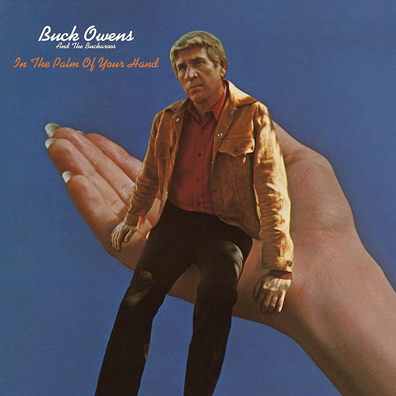 Buck Owens and The Buckaroos

In the Palm of Your Hand

A prominent architect of the “Bakersfield sound,” Buck Owens enjoyed a rich 60-year career as a pioneering force in country music and helped to place his adopted Southern California hometown on the musical map. Owens’ fourth decade in music saw him carry his influence, along with his legendary band, back into the studio for yet another round of sentimental rock and roll-infused West Coast country.

1973’s In the Palm of Your Hand, now reissued on vinyl by Omnivore,remains an exemplary, if not underrated, staple of country music. Sharing tales of heartache, romance, and honkey tonk underdogs, Owens explores his signature romantic and mortal vulnerability, rendering In the Palm of Your Hand a quintessential genre release and finding the legendary musical giant in top form.

Featured tracks such as the downtrodden “You Ain’t Gonna Have Ol’ Buck to Kick Around No More” and contemplative “Sweethearts in Heaven” are great introductions for uninitiated listeners. The undeniably schmaltzy “Made in Japan” finds Owens and his band experimenting with fresh sounds, while “Get Out of Town Before Sundown” stands as the album’s great Western ballad.