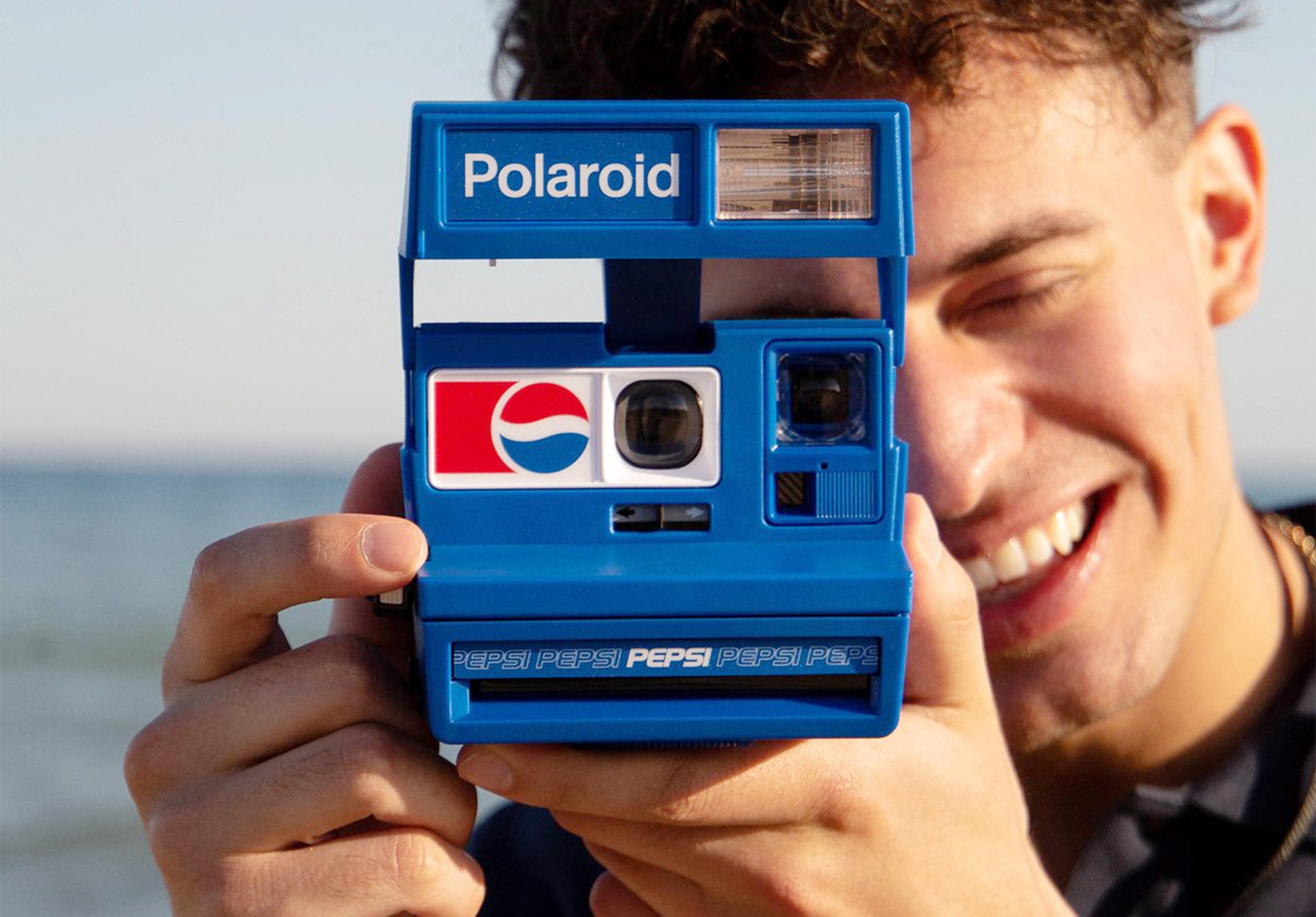 Pepsi and Polaroid have just announced a fresh new retro collaboration, courtesy of Retrospekt, a specialist restoration shop out of Milwaukee, Wisconsin.

The Pepsi x Polaroid 600 camera is built from refurbished Polaroid internals, though they’re inside a brand-new blue molded plastic case. The whole thing is inspired by a much earlier Pepsi-Polaroid collaboration from the 1980s—and is officially endorsed by all parties involved. Retro really is back, baby.

The camera is built from refurbished components placed in a fresh body. Pepsi x Polaroid / Retrospekt

The original Pepsi-Polaroid was very much an 80s camera. Instead of just copying it directly, Retrospekt used Pepsi’s 1992 rebranding, featured in the famous Cindy Crawford Super Bowl ad as inspiration for the design.

“When we went to create a new camera with a throwback feel, we didn’t want to rehash what the original camera had already done,” says Michael Kempen, Retrospekt’s Creative Director. “And since Polaroid was still producing this style of camera into the ‘90s, it means these logos and brand elements are an authentic fit for the camera’s original era.”

This means that the Pepsi x Polaroid 600 isn’t strictly a retro camera. It’s got a brand new design, and it’s made from refurbished vintage internals, but it’s really its own weird thing. It’s like a retro camera from an alternative universe.

In terms of specs, the Pepsi x Polaroid 600 is pretty standard. It doesn’t have sonar autofocus or a close-up mode, like some of the more desirable 600-series cameras. Though it does have the built-in flash, which you can override. Its fixed focus 110mm f/10 lens is going to give you the classic Polaroid look with whatever Polaroid 600 film you choose to use.

Who on earth is Retrospekt?

At the core of this wild Pepsi x Polaroid collab is Retrospekt, whose mission is “to give you a product with years of history that works like it was made yesterday.” It does this by offering a combination of fully restored gear, refurbished and improved gear, stuff that looks like it was made in the 80s but is brand new, and weird projects like this one.

I’m not quite sure how I feel about all this as an idea. As much as I love vintage film gear and retro projects, half the fun of it all is that nothing ever works as you’d hope. When I want reliability, I shoot with my Canon 5D Mark III—when I want to embrace the inner turmoil of the universe, I go vintage.

Still, if new-old gear takes your fancy, Retrospekt is probably right up your alley.

How do I buy the Pepsi x Polaroid 600

Come on, you know this makes you thirsty for an iced cold Pepsi… or at least a Coke. Pepsi x Polaroid / Retrospekt

The Pepsi x Polaroid 600 instant film camera is available right now from Retrospekt for $160—not including any film. We have no idea how many are available, or if more will be made, so if you want one, you should probably buy it soon. If you’re after a more traditional Polaroid camera, Retrospekt also has a full range of restored models.