New ‘Free Guy’ Clip Shows How an NPC Turns Into... 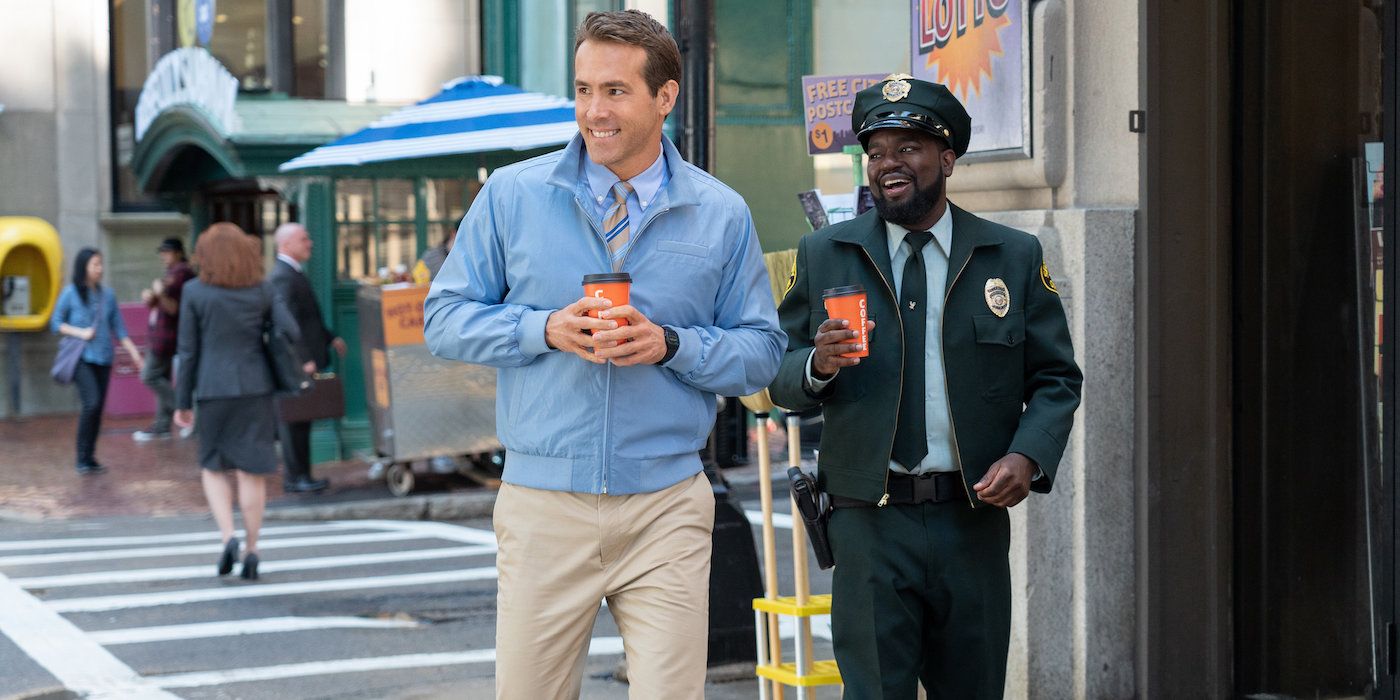 A new clip from Free Guy was released in order to hype up audiences and possibly boost their box office earnings. The clip features an extended scene from the movie in which Guy (Ryan Reynolds) has a violent confrontation in the bank where he works. And it only gets weirder from there.

First, Guy fatally shoots a man in the chest with a shotgun for trying to take away his special pair of glasses. He insists that the man is just resting as he slowly puts the gun down and rushes out of the bank. He then adorns his special reality glasses once again in order to see his world for what it is – a video game with options to visit the armory, the garage, or start a bank heist. His boss is outside sitting on a bench reading the newspaper and does not see the medkit which Guy’s special glasses allow him to see. When he reaches down to touch the medical supplies, the blood on his face is washed away and he feels “brand new”.

Free Guy is a movie about a guy named Guy who is actually just a non-player character bank teller in an open world game of lawlessness and greed. One day, a player character who is enjoying the game realizes that there is something special about him and that he has the potential to understand his universe is a fictional game. Once Guy has his awakening, he goes on a crusade to save his world and his friends from an evil, greedy game designer that would rather see them destroyed.

Free Guy is out in theaters now exclusively, with a sequel now confirmed; there is no word yet on whether or not it will be available for streaming anytime soon.

Check out the clip below.

KEEP READING: On ‘Free Guy’ and the Power of Constructive Optimism

Hailee Steinfeld on ‘Dickinson’ Season 3, How She Feels About the Ending, and Playing Kate Bishop on ‘Hawkeye’

She also talks about the sisterly bond between Emily and Lavinia, the Emily-Sue dynamic, and more.