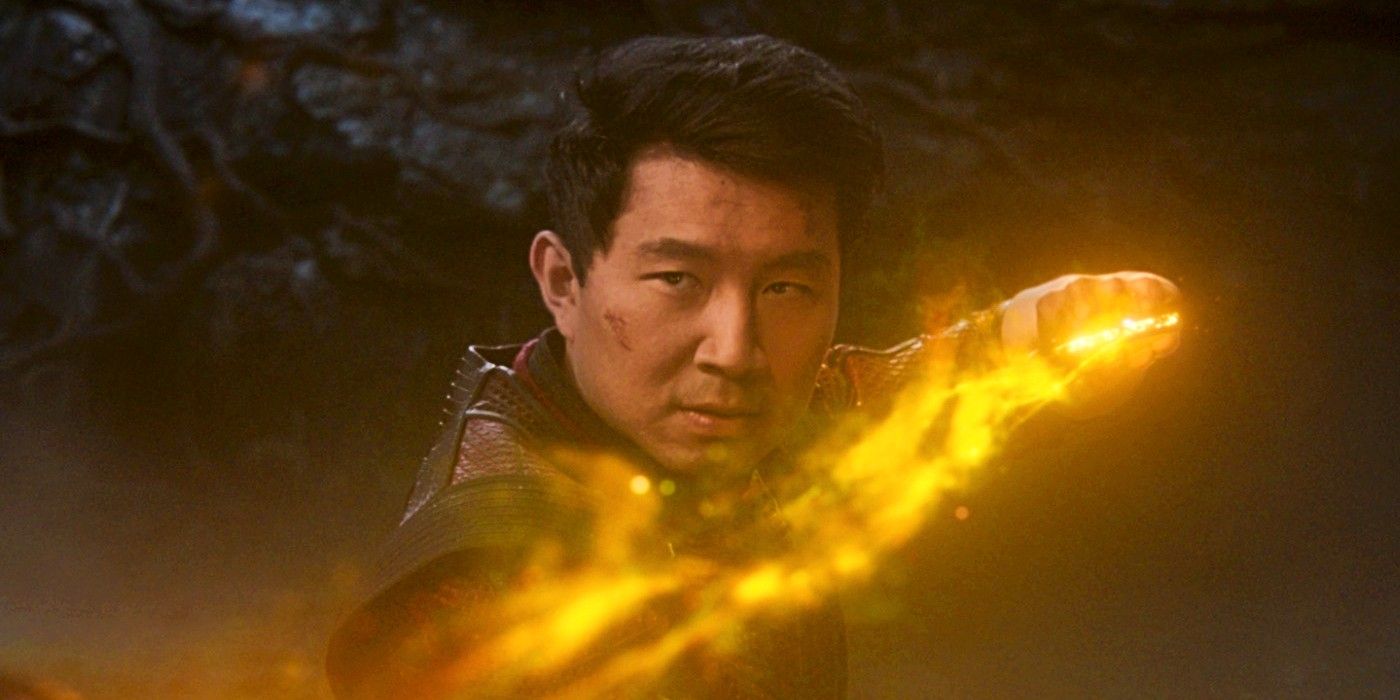 The early reactions to Shang-Chi and the Legend of the Ten Rings have arrived following the film’s world premiere and promise the MCU’s best action.

The first reactions to Marvel Studios’ new movie Shang-Chi and the Legend of the Ten Rings are here. Phase 4 of the Marvel Cinematic Universe officially kicked off at the beginning of 2021 with the release of WandaVision, but it wasn’t until Black Widow‘s release in theaters and on Disney+ in May that ended a two-plus year drought of MCU movie releases. While Scarlett Johansson’s long-awaited solo movie is still making headlines, Marvel Studios is now in the final stages of preparing for the second Phase 4 MCU movie.

Shang-Chi and the Legend of the Ten Rings was first announced by Marvel Studios at San Diego Comic-Con 2019, where Kevin Feige confirmed Simu Liu would play the Master of Kung Fu. The latest addition to the MCU’s growing roster of heroes will rise in this origin story set after Avengers: Endgame when his father Wenwu (Tony Leung), who is the real Mandarin and leader of the Ten Rings, calls him back into action. Shang-Chi is the MCU’s first Asian-led movie, features a supporting cast that includes Michelle Yeoh and Awkwafina, and is directed by Destin Daniel Cretton. After delivering several exhilarating trailers (and making it through a few pandemic-related delays), the first reactions Shang-Chi have arrived.

Marvel Studios held the world premiere of Shang-Chi and the Legend of the Ten Rings in Los Angeles on Monday, August 16. The cast, crew, and many other celebrities, as well as select entertainment journalists, attended the first showing of the highly anticipated MCU movie. While full reviews are still embargoed until closer to Shang-Chi‘s September 3 release date, those in attendance were able to share their non-spoiler reactions on social media. Check out some of the early reactions below:

#ShangChi is awesome. This movie hits all that Marvel does well (pacing, humor, character) and adds action like we’ve never seen from the MCU before!

Lots of people are about to have a new favorite Marvel hero.

#ShangChi is fantastic. It’s full of INCREDIBLE, beautifully choreographed fight scenes and full of badass women. Get ready to know Simu Liu’s name if you don’t already. Marvel has another hit on its hands. pic.twitter.com/3efV1kzJ7O

#shangchi is like no Marvel movie you’ve seen. Love that it opens the door to a new world that I can’t wait to see more of. @SimuLiu literally kicks so much ass and he is perfectly cast. Got to see it in @imax tonight and this is how you want to see it. Looked and sounded perfect pic.twitter.com/43SaSxfx3m

Shang-Chi And The Legend Of The Ten Rings is PHENOMENAL. Get hyped. Even fight scene/action sequence is better than the last. @SimuLiu fully embraces the marvel superhero role. Amazing imagery. Killer soundtrack. You’ll want to see this on the big screen. #shangchi

#ShangChi is an action packed adventure that checks all the summer blockbuster boxes. Simu shines bringing a long overdue comics character to the silver screen.

The fighting is another level and it has some hilarious moments throughout it. pic.twitter.com/bGruxuqMHb

I really dug #ShangChi! There is a lot not in the trailers (maybe avoid ads in the next couple of weeks I fear will show more?) and it has its own vibe and distinct elements that make it stand out and not feel like a standard origin story. And Simu Liu makes for an awesome hero.

#ShangChi is an absolute triumph, unexpectedly spiritual and emotionally complex, with some of the very best action in the MCU. @SimuLiu is your new favorite Avenger and the movie’s myriad influences (everything from Jackie Chan to Hayao Miyazaki) pay off big time). Astounding. pic.twitter.com/72Yubnb4KV

The very positive early reactions to Shang-Chi and the Legend of the Ten Rings all have one thing in common: the action is among the best to ever happen in an MCU movie. From the very beginning of the movie’s development, it was teased that Shang-Chi would rightfully be a martial arts movie with superpowers. Shang-Chi‘s trailers did a great job of showing glimpses of the various sequences audiences will get to see, but it sounds like the movie is an even better showcase for them. While there are plenty of people who helped make this possible, Liu’s ability to do most of the fighting himself likely deserves a lot of credit to make Shang-Chi‘s action so believable.

As with most first reactions to movies, these Shang-Chi reactions are incredibly light on the film’s negatives. While it is safe to say that the movie has its flaws, MCU fans will be happy to hear that the early response is so positive. Shang-Chi isn’t an incredibly popular character yet, but he is an important one for Marvel’s future. It sounds like Marvel Studios gave him a compelling origin story and nailed its decision to cast Liu as the hero. And if the response to Shang-Chi and the Legend of the Ten Rings remains this positive, it will be fascinating to see just how well it performs given the current conditions of the theatrical business.

MORE: Why Disney Is Wrong To Call Shang-Chi’s Release An Experiment

Cooper Hood is a news and feature writer for Screen Rant. He joined Screen Rant in late 2016 following a year-long stint with MCU Exchange, which came after first developing an MCU blog of his own. He graduated college in 2016 with a Bachelor’s degree in Media & Public Communication, with a minor in Media Production. Cooper’s love for movies began by watching Toy Story and Lion King on repeat as a child, but it wasn’t until The Avengers that he took an invested interest in movies and the filmmaking process, leading him to discover the world of film journalism. Every year Cooper looks forward to seeing the latest blockbusters from the likes of Marvel, DC, and Star Wars, but also loves the rush to catch up on Oscar films near the end of the year. When he isn’t writing about or watching new releases, Cooper is a fantasy football obsessive and looking to expand his Blu-Ray collection – because physical media is still king! Follow Cooper on Twitter @MovieCooper.