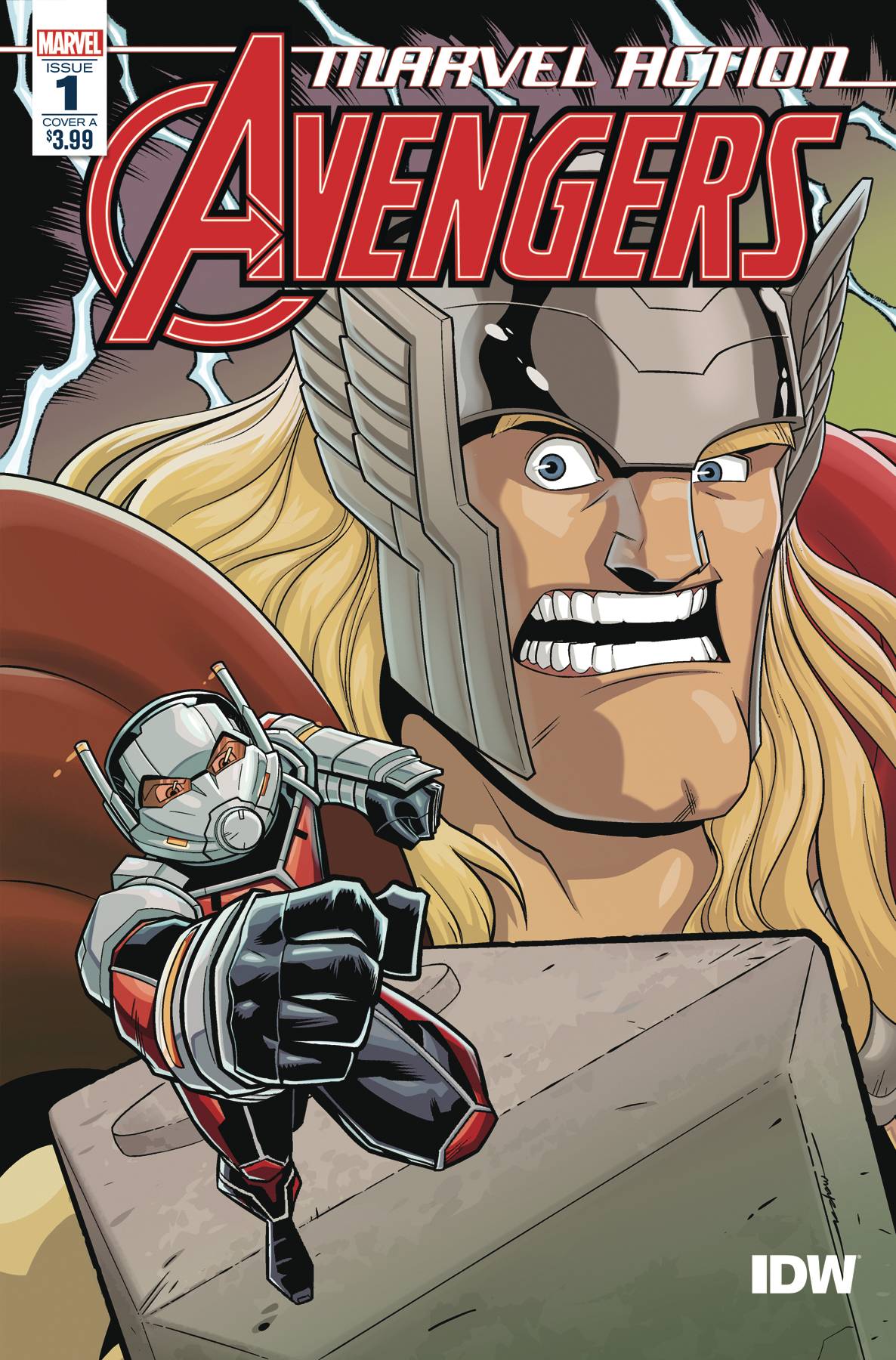 Marvel Action Avengers, shows a day of the Avengers on their day off. Apparently there was a day when activity did need the Avengers so, The Avengers Human Resource Department order them to take a day off for Mental well being. Each Avenger has their own plan for the day. Steve Rogers Visits a school. Captain Marvel goes to the park. Thor Hangs out at HQ. As can be expected, their ” Day Off” does not goes as expected. It does not take long before hilarity ensues.

team consist of Butch Mapa and colored by Protobunker, and Lettered, Christa Meikner. The characters and backgrounds are beautifully drawn, and fit chaotic nature of the character in each panel. Just to Nitpick, other than the red and Blue costume, it doesn’t feell like Carol Danvers has her own look yet, other than a Mom’s hair cut. The lettering is crisp and clear, but I have an issue with some of the letter bubbles. if this is for kids some of the bubles were a little wordy, and not needed.

Hilarious. This maybe the best Marve, Action issue that I have read so far. They also did a really good job on the Captain Marvel Doctor Strange story. That is a side that I would definitely pay to see in theatres. I am a little disappointed that we didn’t get to see more of Black widow nor of Black Panther, though. But an Ant-man and Thor Team-up? I’ll take it.

There isn’t anything to speculate on in this issue.

However, the appearance of Squirrel Girl and the White Rabbit , makes me wonder if Marvel as come something in mind for characters.

In the Vein I am going to keep my eye on Marvel Superheroes #8(Squirrel Girl), and Marvel Team-Up Vol 1 #131 )9White Rabbit